Can an enhanced INSTEX really work for Iran? | Business | Economy and finance news from a German perspective | DW | 12.07.2019

The EU's plan to continue trading with Iran in defiance of US sanctions has, so far, come up short. Tehran wants oil included in the new barter system, INSTEX. Despite US threats, Brussels appears to be listening. 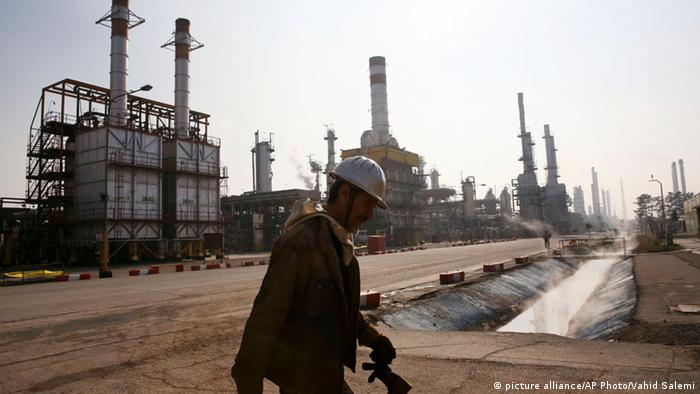 INSTEX, a plan to circumvent American sanctions on Iran and facilitate international trade with the Islamic Republic, was branded a damp squib when it became operational at the end of June.

The system, created by Germany, France and Britain, is so far limited to medicine and food, which aren't even threatened by US penalties.

So far, just a few million euros have been injected into the scheme— a virtual ledger for EU companies to offset balances, allowing them to exchange goods with Iran without direct transfers of money.

Most commentators think that even if the mechanism is scaled up as Brussels intends, it will fail to arrest the huge damage to Iran's economy caused by Washington's crippling sanctions.

"At this stage, it doesn't even get close to becoming a meaningful mechanism for preserving humanitarian trade between Iran and Europe," Ali Vaez, director of the Iran Project at the International Crisis Group, told DW.

Vaez said INSTEX would need to facilitate several billions of euros worth of bilateral trade to force Tehran to return to the terms of the 2015 nuclear deal.

Over the past 10 days, Tehran has twice increased its enrichment of uranium beyond the limits agreed with world powers, and the country's leaders have demanded the EU's new barter scheme be expanded to cover the trade in oil.

While Washington would almost certainly view the idea of the EU facilitating oil trade with Iran as an unfriendly act, it appears that Brussels is listening. On Wednesday, Nathalie Tocci, a special advisor to the EU's foreign affairs chief, Federica Mogherini, hinted that Iran's oil could be added to the trading scheme, possibly with Russia's help. 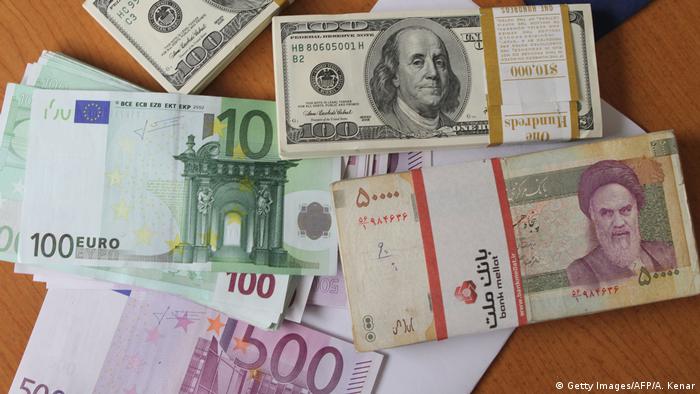 "The idea is to create a triangle between the EU, Russia — which is also one of the energy exporters to Europe — and Iran," Tocci told the TV channel Euronews, citing a proposal by the International Crisis Group think tank.

She said the plan would "allow Iran to export energy resources to Russia, which would then be processed through INSTEX, thus allowing European products to be exported to Iran."

Adding oil to INSTEX would almost certainly provoke a tough response from US President Donald Trump, who last year pulled his country out of the Iran nuclear deal. Trump has already threatened European companies found to be using the scheme with the loss of access to the US financial system. Already faced with the prospect of new tariffs on European car exports to the US, EU leaders may well blink first.

"For the Americans, adding oil [to INSTEX] would be a declaration of European independence," Andreas Schweitzer, managing director of the London-based trade consultancy Arjan Capital, told DW.

He said that Brussels which normally bows to US pressure would do well to "maintain European political and economic independence" but predicted that the plan would require Europe to "take the heat" from what Washington would see as a major threat to the US dollar-backed financial system.

On Thursday, the EU said it had added seven more member states to the 10 originally signed up to INSTEX, and hinted that non-EU member states would also join the controversial barter scheme.

Vaez agreed that EU countries have been reluctant to inject export credit into the mechanism, so cooperation with Russia and China would be necessary to ensure the trading mechanism works.

"Nothing will bolster INSTEX like oil revenues," he told DW, describing how Russia could do oil swaps with Tehran and China could continue to import Iranian crude, which could then be used to pay for Asian and European exports to Iran.

"This might seem costly and burdensome for Europe, but it pales in comparison to the costs that another war in the Middle East will entail for Europe in refugee flows and radicalization."

Vaez also observed that previous attempts by Brussels at appeasing the Trump administration have not improved trans-Atlantic ties and warned that "without some willingness to face off against the US, Europe risks losing its strategic relevance."

As INSTEX grows to include more than just food and medicine, Arjan Capital's Schweitzer, meanwhile predicted that Europe's small and medium-sized enterprises could be the biggest beneficiaries.

"Large companies with significant US exposure will not allow their US business to be endangered by trading with Iran," he told DW, due to the threat of sanctions.

When asked whether large companies might use intermediaries trading through INSTEX to conceal their transactions with Iran, he said, "in today's world, it's difficult to hide."

"A large-cap company will consciously decide whether they can work with Iran in a proper way, or whether it's not worth the effort. But Instex is such a prominent vehicle that many companies will want to avoid the limelight."

Iran has tried to intercept a British oil tanker, forcing a Royal Navy warship to intervene, the UK said. British authorities have arrested the captain of an Iranian tanker it seized last week for violating EU sanctions. (11.07.2019)