US denies German-Iranian father visa needed to attend son′s funeral | Germany | News and in-depth reporting from Berlin and beyond | DW | 05.07.2019

The US consulate accused a German-Iranian father of using his late son's funeral as an excuse to migrate to the US. Seyed Shahram Iranbomy was denied the visa he needed to attend. He's lived in Germany for 40 years. 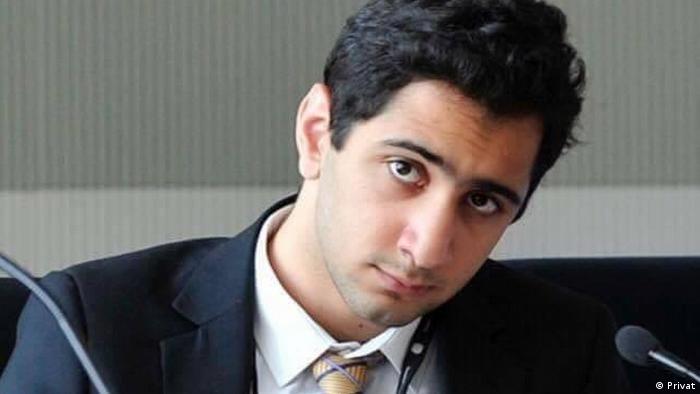 A German-Iranian father who wanted to travel to the United States to attend his son's funeral was denied a three-day visa because the US said he was using "fraud or willfully misrepresenting a material fact" to obtain it.

Dr. Seyed Shahram Iranbomy's 20-year-old son Irman (pictured above) died in a car accident in the capital Washington on June 10. He had been studying at a university in the US where his mother also lives.

Iranbomy, a human rights and discrimination lawyer who runs his own law firm in Frankfurt, told DW that the US consulate said he was taking advantage of his son's death to immigrate to the US.

Read more:  Iranians 'stuck in a vicious cycle' over US tensions

'Using the death of your son'

DW has received photographs of official US consulate documents from Iranbomy that state he was denied a non-immigrant visa because he "sought to procure a visa, other documentation, admission to the US, or immigration benefit by fraud or willfully misrepresenting a material fact."

"You're using the death of your son to immigrate to America, you're not telling the truth," Iranbomy quoted the US consulate as saying. He said he was also told that he "did not have roots in Germany."

Iranbomy was born in Iran but has German citizenship and has lived in the country for more than 40 years. "I am more German than Iranian," he told DW. He said he was not interested in moving to the US.

The US consulate in Frankfurt declined to comment on the outcome of his visa application to DW, saying that all such cases are confidential and can only be discussed with the applicant. Iranbomy said he had appealed the decision but was yet to receive a response. 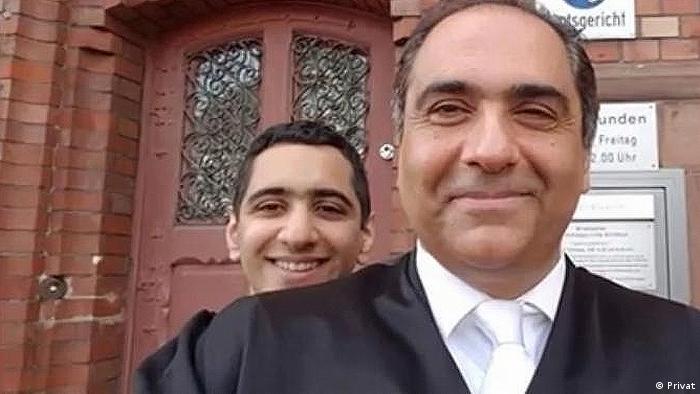 During Barack Obama's presidency, he had received a 10-year visa for both business and leisure travel, but this was revoked in May 2017 after current US President Donald Trump took office.

Iranbomy's story has been picked up by local German media outlets, including daily newspapers Frankfurter Rundschau and Frankfurter Neue Presse.

Iranbomy told DW his son was an active young man. He had attended a youth parliament session at the German Bundestag in Berlin just a few days before his death, and was also a commander in the youth fire brigade.

Frankfurt Mayor Peter Feldmann wrote a letter of support to Patricia Lacina, the current consul general at the US consulate in Frankfurt, to advocate for Iranbomy and asked her to review his visa application.

Iranbomy described himself to DW as "an American friend." He is listed on the website of the US Consulate in Frankfurt as a lawyer for US citizens who need legal services in Germany. He said he has represented numerous Americans.

Read more:  'The conflict in the Middle East is Iran vs. everyone else'

He said it was not only a violation of his dignity to not allow him to attend the funeral, but also his son's. "My son still has dignity today, not only my dignity is violated, but the rights of the person who is dead."

As he was denied entry to the US for his son's funeral, Iranbomy said he has organized his own service, which will take place in Frankurt's rebuilt historic city center near the cathedral, the Dom-Römer-Quartier. A protest will also be held. It's scheduled for July 7, in reference to Islam's belief in seven levels of heaven.

He said he wants to ask President Trump how he would feel if he was not allowed to attend the funeral of his own son.

"I ask you, if your son was dead and the government didn't allow you to give him to the earth, what would you do?" Iranbomy said.

Stranded by COVID, Indians travel to US via third countries 02.08.2021

After years of living and working in the United States, some Indian holders of US visas have been stranded by travel restrictions. They've been forced to take drastic measures to return to their adopted home.

Afghanistan: Dozens of California schoolchildren left behind – as it happened 01.09.2021

Over thirty California schoolchildren remain stuck in Afghanistan. Meanwhile, the German Embassy in Kabul may reopen — under certain conditions. Follow DW for the latest.