Although Iran has increased its uranium stockpile, experts say Tehran is still a long way from a nuclear weapon. However, more uranium enrichment risks EU and UN sanctions, and renewed tension between Iran and the world. 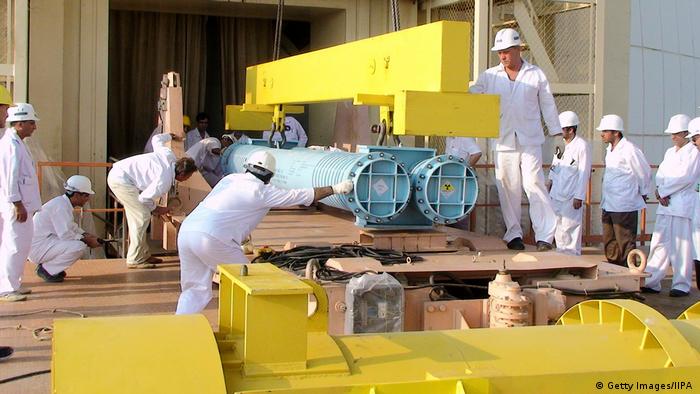 On Monday, the International Atomic Energy Agency (IAEA) confirmed that Iran had exceeded the amount of low-enriched uranium the country is allowed to possess under the 2015 nuclear accord, the Joint Comprehensive Plan of Action (JCPOA).

In May 2018, the US pulled out of the international nuclear deal with Iran and began reinstating sanctions, saying that Iran had not been holding up its end of the bargain. In May 2019, the US ended sanctions waivers on Iran's oil importers, effectively choking off the country's economically critical oil income.

By announcing a return to uranium enrichment, Iran is reacting to the US sanctions and the ostensible inability of the European Union to do anything about it. This move from Iran shouldn't come as a surprise. In May, Iranian President Hassan Rouhani announced on the one year anniversary of the US drop-out that Iran would suspend parts of the 2015 nuclear agreement. In June, Tehran announced that it would exceed the quantitative restrictions.

And on Wednesday, Rouhani took things a step further, announcing that Iran would enrich uranium to "whatever amount we need" and begin enriching uranium above the 4% limit starting July 7.

The restrictions under the deal limited Iran to possessing 300 kilograms (661 pounds) of low-enriched uranium and 130 tons of heavy water. This was intended to keep a nuclear weapon out of Tehran's hands. Now the Iranians are showing defiance, although they claim to still be committed to the 2015 deal.

Is Iran getting closer to having a nuclear weapon? 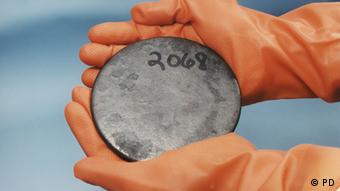 A piece of highly enriched uranium, seen here recovered from scrap at a North Korean plant

In principle, yes, Iran could be getting closer — but practically speaking a weapon is still a long way off. As far as international observers can tell, Iran still doesn't possess enough weapons-grade uranium.

When the nuclear deal was signed in 2015, Iran possessed around 12,000 kilograms of low-enriched uranium, and had more centrifuges in operation that could enrich uranium to weapons-grade concentrations.

Uranium enrichment is based on the concentration of the uranium isotope U-235, which is the element's most reactive isotope. Lower-enriched uranium, between 3% and 5% U-235, is used for medical research and producing electricity. And enrichment to 90% yields bomb-grade material.

This is where the so-called "break-out time" comes into play — which is how fast Iran could theoretically acquire enough highly enriched fissile material for a weapon. In 2015, the break-out time was estimated at two to three months. After the deal shut down centrifuges and limited uranium enrichment, the break out time is now estimated to be a year.

Experts say that Iran will need to acquire at least four times the 300 kilograms of low-enriched uranium that they already possess, and then enrich that even further to produce a nuclear warhead.

"Iran is not signaling with this infringement that it is once again pursuing a military nuclear program," Oliver Meier, an arms expert at the German Institute for International and Security Affairs (SWP), told DW. "This would require very different measures, both in scope and in quality."

Meier also pointed out that Iran's nuclear program is by far the most monitored in the world.

Is the nuclear deal on the brink of collapse?

Not yet, because apart from the US, the other remaining signatories of the deal — namely China, Russia, Germany, France and the UK — continue to support the agreement. Even Iran, at least the government of President Rouhani, has said it's in favor of keeping the pact alive.

Should Iran, however, continue to violate the agreement, "the question arises as to how the Europeans will react," explained Oliver Meier.

"The Europeans have always said that they will support the nuclear treaty as long as Iran complies with all its provisions. But if Tehran no longer complies with them, and takes steps like boosting uranium enrichment level and restarting the Arak heavy water reactor, it will become increasingly difficult for Europeans to support the agreement and argue that there is no 'significant breach.'"

In other words: If Iran oversteps, the worst that could happen would be the reimposition of all sanctions, including EU and UN sanctions, and a renewed confrontation between Iran and the international community.

Read more: 'The conflict in the Middle East is Iran vs. everyone else'

Has Tehran violated the agreement?

Tehran argues that, despite crossing certain limits, it has not violated the agreement.

"Indeed, Iran declared in 2015, and also included in the agreement, that if sanctions were to be imposed again, Tehran would see this as a reason to suspend its obligations under the JCPOA in whole or in part," Meier pointed out.

However, the EU has always rejected Iran's argument that Tehran is entitled to violate the agreement if the US or the Europeans do not implement their part of the deal, the expert noted.  "A breach of contract by one does not justify a breach by the other," was the EU's position, he said. 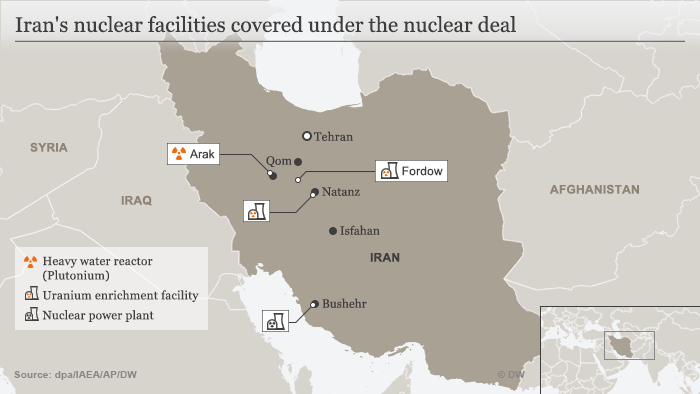 How promising is Iran's strategy vis-a-vis the EU?

Iran's measures are primarily aimed at the EU, but the strategy is not very promising — at least in the short run. Francois Nicoullaud, a former French ambassador to Iran, said that Tehran's deliberate violations of the nuclear agreement — whether implemented or threatened — are "above all a cry for help from Iran to its partners to help it out of its growing economic problems as a result of the US sanctions."

The Franco-German-British special payment channel, INSTEX, was supposed to come to Iran's rescue, but so far it has been only considered for the handling of limited commercial transactions such as trade in food and humanitarian goods.

But INSTEX has recently been strengthened, Meier underlined, pointing to an agreement on a new credit line and other European nations declaring "in principle" their willingness to participate in the system.

From Tehran's point of view, the deliberate breaches of the agreement's provisions and threats to do so are, at least partially, successful. However, when it comes to facilitating oil trade or stimulating foreign investment in Iran, INSTEX still plays no role.

Facing threats from Washington and Tehran, the European Union keeps calm and claims the middle ground when it comes to the Iran nuclear deal. Despite a tight deadline, many say there's time for a diplomatic solution. (09.05.2019)