David Missal is due to return to Germany on Sunday after Chinese authorities refused to extend his visa. He thinks the decision is linked to a documentary he made about human rights lawyers for his master's program. 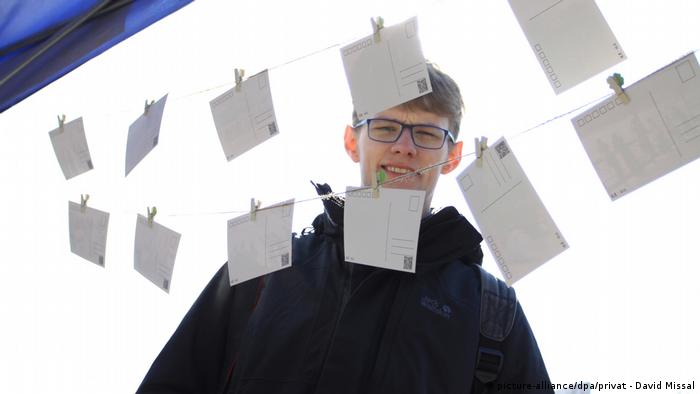 German journalism student David Missal has been denied a new Chinese visa to complete his studies at Beijing's prestigious Tsinghua University after he made a film about the country's persecution of human rights lawyers.

Missal told the German news agency dpa that he was due to leave the country on Sunday after his residence permit was shortened and his student visa was not extended.

The 24-year-old told dpa that he assumed that the decision was linked to the mini-documentary he produced for his master's program, as his student visa didn't allow him to carry out such activities.

Despite getting approval from his professor, Hong Kong Free press (HKFP) reported that the university was annoyed that he had submitted a film that highlighted the plight of human rights lawyers who had been arrested by Chinese authorities.

The student had been warned twice against pursuing the politically sensitive subject, but he went ahead anyway because he wanted to "get to learn Chinese society and politics."

The student, who hails from Osnabrück in northwest Germany, was detained earlier this year during a trip to the city of Wuhan with lawyer Lin Qilei, who was visiting jailed activist Qin Yongmin. Qin was sentenced to 13 years in prison last month after being found guilty of "subversion of state power," HKFP reported.

For his documentary, Missal interviewed and filmed several lawyers and the wife of detained lawyer Wang Qanzhang, during a 100-kilometer (62-mile) walk to highlight her husband's case.

China's 2015 crackdown on more than 300 human rights attorneys, activists and their relatives has been widely condemned internationally. Many of those detained have since received lengthy prison terms after they were deemed to have undermined state power, while others still await sentencing.

Missal had been studying with a scholarship from the German Academic Exchange Service (DAAD) and had one more year left of his program. He earlier attained a degree in Chinese studies, and had previously lived in Beijing and Nanjing.

On Sunday, he wrote on Twitter that he was "sad to be forced out of this country which I still like because of all the wonderful people [I'm] leaving behind." In a jibe at the authorities, he also said he was now a "declared" China expert, using a word in German that can also mean "expelled."

Although he was aware of a lack of freedom of the press in China, he told dpa: "It's something else when you see it with your own eyes."

China ranks 176 out of 180 nations on the 2018 World Press Freedom index, and is one of the countries with the most jailed journalists and bloggers, according to Reporters Without Borders.

Chinese state media are given regular instructions on which sensitive topics should not be covered. In addition, the internet is strictly censored.

Prominent legal activist Yu Wensheng has been charged with "inciting subversion of state power," according to his lawyer. Yu was detained at his apartment two weeks ago after calling for democratic reforms in China. (29.01.2018)