Prominent legal activist Yu Wensheng has been charged with "inciting subversion of state power," according to his lawyer. Yu was detained at his apartment two weeks ago after calling for democratic reforms in China. 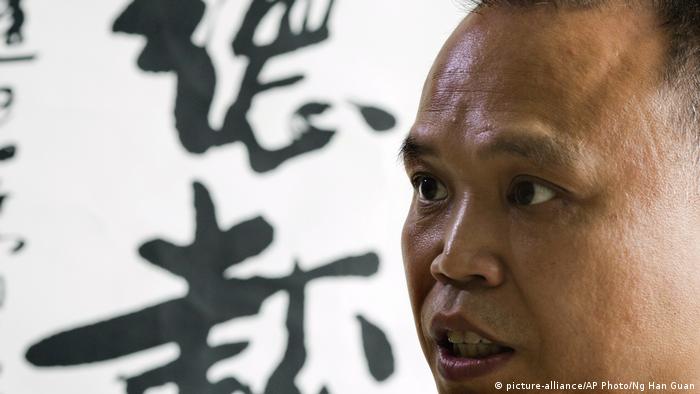 The 50-year-old human rights lawyer was detained outside his Beijing apartment earlier this month as he was leaving to take his 13-year-old son to school.

The arrest came hours after the activist published a letter online calling for constitutional reform and free presidential elections in the one-party Communist state.

Huang said his client's wife had been told he would be held under "residential surveillance at a designated place." This can mean being held for up to six months in unofficial jails without access to lawyers.

Huang also said police had handed over Yu's case to investigators in the eastern city of Xuzhou without providing an explanation. Activists allege that Chinese police routinely transfer politically sensitive cases to courts far away from where the alleged offenses were committed in order to block the suspect's supporters from pressuring authorities.

Patrick Poon, a researcher with Amnesty International, warned that Yu now faced a "high risk of torture and other ill-treatment."

"The purpose of placing him under residential surveillance with the charge of 'inciting subversion' is to silence him for at least six months," Poon said.

World in Progress: 'Everyone is going to be monitored'

Yu is the latest victim to be targeted in a state crackdown on activists. The lawyer, perhaps best known for suing the Beijing government over the city's air pollution, was also arrested in 2014. He said he was tortured and interrogated during the 99 days he spent in custody. He was detained again in 2015, but was released a day later after a global outcry.

Rights lawyer Jiang Tianyong has been handed a two-year jail term on the charge of "inciting subversion of state power." The verdict is the latest in a crackdown on activism that international critics fear is worsening. (21.11.2017)