North Rhine-Westphalia's government is on the defense after a plan to legally ban girls from wearing headscarves in school sparked controversy. Germany's anti-discrimination head said a ban could marginalize Muslim kids. 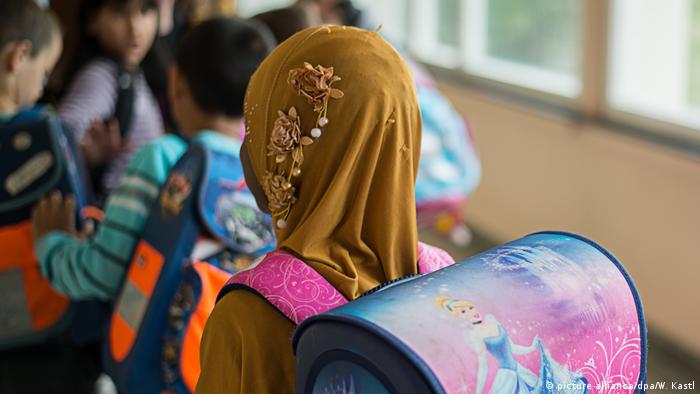 Serap Güler, the undersecretary in the integration ministry for the western state of North Rhine-Westphalia (NRW), has fiercely defended a proposal to ban girls under the age of 14 from wearing headscarves or hijabs in school.

What the integration undersecretary said

Where do others stand on the proposed ban?

Annegret Kramp-Karrenbauer, the secretary general of Merkel's CDU, said she hopes the party will be able to convince parents to not have their children wear the head coverings, "but we aren't ruling out a ban as a last resort."

Her comments conflicted with other CDU members, including federal integration commissioner Annette Widmann-Mauz, who said that such a ban raises several constitutional questions.

Christine Lüders, the head of the Federal Anti-Discrimination Agency, warned against banning individual religious symbols, arguing: "Whoever wants to ban the Muslim headscarf at schools isn't solving any integration problems, rather they are contributing to students feeling marginalized and discriminated against."

FDP head Christian Lindner defended NRW Integration Minister and FDP member Joachim Stamp's plan for the ban, saying: "If children already have to wear headscarves in elementary schools or even in Kindergarten, this strongly influences the personal development of minors."

Is there any data on the issue? Güler said there's currently no concrete figures on how many young girls wear headscarves.

Austria eyes similar move: In early April, Austria's conservative government announced a similar plan to ban girls aged up to 10-years-old from wearing headscarves in kindergarten and elementary school. The previous Austrian administration passed a law banning all face coverings in public, but allowed women to wear the regular hijab.