Anti-Semitic bullying of Jewish schoolgirl causes outrage in Germany | Germany | News and in-depth reporting from Berlin and beyond | DW | 28.03.2018

News that a Jewish girl in Berlin was bullied by Muslim classmates has provoked strong reactions. Germany's Central Council of Jews has demanded countermeasures, saying Muslim associations must assume responsibility. 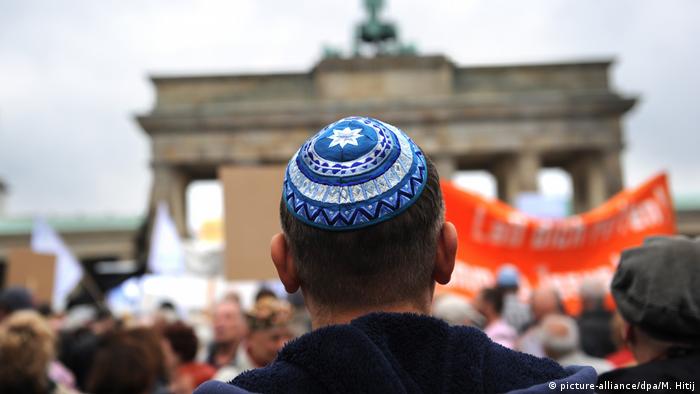 Josef Schuster has always shown composure. The 64-year-old president of the Central Council Of Jews in Germany often appears calm and collected when dealing with the press. Yet, the case at hand has left even him speechless.

The case involves a second-grade girl at a Berlin elementary school who was bullied by Muslim classmates for months about her Jewish heritage. Speaking with DW, Schuster squarely placed blame on the adults with whom the children have daily contact.

"We must be clear about one thing. No child, no youth, is born as an anti-Semite. That means these children must have gotten those ideas somewhere." As a rule, that would mean at home or in the mosque – where Muslim children are also accompanied by their parents.

Schuster says it is there that children hear imams preaching such ideas. "Apparently those imams do not understand, or intentionally refuse to understand, that which we view as accepted social behavior, as our societal values."

This isn't the first case of its kind of late. According to the Anti-Discrimination Agency in Berlin, some 12 cases of anti-Semitic harassment were registered in the German capital alone in 2017.

Read more:
–Anti-Semitism in Germany: Are immigrants unfairly portrayed in the media?
–Germany averaged four anti-Semitic crimes per day in 2017 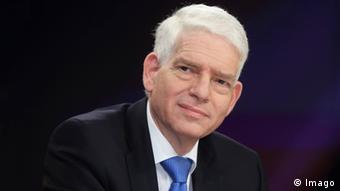 Central Council of Jews' President Schuster: 'No child, no youth, is born an anti-Semite'

Although no official statistics have been published about the perpetrators' religious affiliations, Schuster says Muslim organizations have an obligation "to provide remedies and instill the values that are preached in mosques, values we recognize as the fundamental basis for coexistence here in Germany. Any imam who is not prepared to do that has absolutely forfeited his right to operate in Germany."

Schuster's appeal seems to have fallen on fertile ground at some Muslim associations. Aiman Mazyek, the president of the Central Council of Muslims in Germany, took to Twitter to respond to Schuster's call. Mazyek vowed immediate action, promising that 10 imams "preferably alongside rabbis, would visit classrooms seeking dialog, offering information and preaching the virtues of mutual respect as an integral part of their religious self-image. I would be pleased if the Jewish communities would join us."

Wenzel Michalski was also quick to join Schuster. Michalski is the director of Human Rights Watch in Germany, and his son was the victim of anti-Semitic bullying last year. Michalski was very critical of government response to the incident. He took to Twitter to complain that authorities were "burying their heads in the sand."

Wenzel Michalski: 'He was taunted as a Jew'

Michalski is not alone in his criticism. Christine Lüders from the Federal Anti-Discrimination Agency has also been pushing hard for the inclusion of effective anti-discrimination measures in the area of education. Since education policy falls under the purview of states, Lüders stressed the fact that states have a greater obligation to take such steps.

She is calling for the creation of independent complaints offices in all of Germany's 16 states. Lüders says the offices would be tasked with "investigating discrimination cases and have the ability to dictate concrete disciplinary measures to education administrators. Anti-Semitic bullying and other forms of discrimination should not be trivialized as simple 'disputes.'"

–Turkish-Islamic group calls for better protection of mosques in Germany 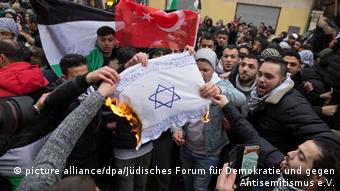 US President Donald Trump's announcement that the US embassy in Israel would move to Jerusalem sparked anti-Israel and anti-Semitic protests worldwide. At a Berlin rally, pro-Palestinian demonstrators burned a Jewish prayer shawl emblazoned with a Star of David

Calls for an anti-Semitism commissioner

The president of the Central Council of Jews in Germany welcomed those initial calls. Schuster says time is of the essence: over the last weeks and months, the issue of Islamization and the radicalization of young people has become ever more urgent across Germany. However, he says Jews are not the only people under threat: "Apparently, Muslim circles have turned their focus on Jews. But non-Jews shouldn't consider themselves lucky, or lean back and relax. I fear other minorities could soon be targeted as well."

Above all, Schuster says he hopes the German government will soon install an anti-Semitism commissioner, specifically referring to the German parliament's anti-Semitism report. The report, which was presented by a host of well-known researchers last year, called for various measures to be taken to combat anti-Semitism, including the creation of just such a post. The commissioner would be part of the Chancellery, "overseeing and coordinating interdepartmental administrative measures to combat as well as prevent anti-Semitism."