The Turkish-Islamic organization DITIB has called on German authorities to do more to protect Muslims and their places of worship. The appeal comes after several suspected attacks on mosques and Muslim centers. 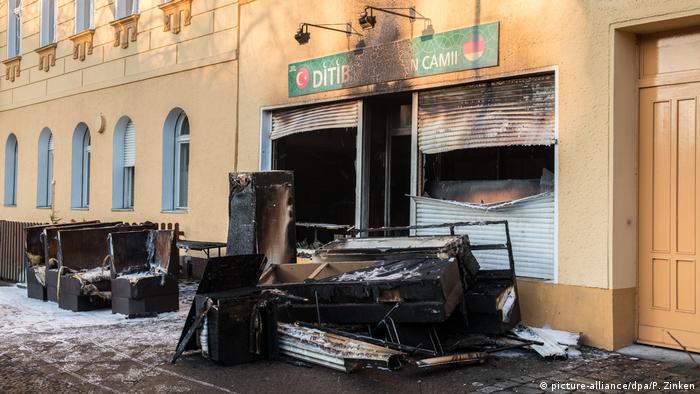 A suspected arson attack on a Berlin mosque overnight to Sunday was the 24th time in some two months that a mosque in Germany had been deliberately targeted, DITIB said in a press statement.

In its statement, DITIB called on German authorities to ensure that Muslim places of worship were protected, to find out who was behind attacks as quickly as possible and to bring those responsible to justice.

It warned that it was "a question of time" before someone was injured and accused German politicians and society of remaining silent about the everyday discrimination and attacks directed against Muslims.

DITIB, which is close to the Turkish government, said such public silence was seen by far-right extremists and "branches of foreign terrorist groups" as a tacit toleration of their acts.

Police said a mosque in Berlin's Reinickendorf district was probably set on fire by three teenagers. No one was injured in the blaze, but the group running the mosque said the entire interior of the building was destroyed. 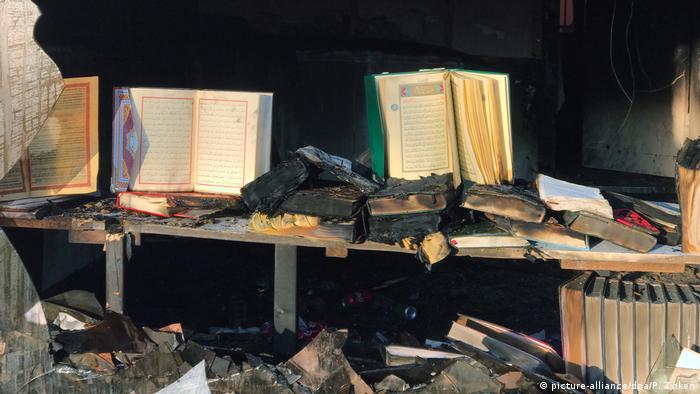 In separate incidents, firebombs were thrown at a Turkish immigrants' association in the western town of Meschede, also on Sunday, and at a mosque in Lauffen, in southern Germany, on Friday. No one was injured in those attacks, which are still under investigation.

Germany's Interior Ministry recently released figures showing that some 950 anti-Muslim offenses had been carried out in Germany in 2017. Many of those crimes were committed by far-right elements.

German police are also looking at possible political motives behind the latest mosque attacks, amid rising anger among the Kurdish community at the Turkish military offensive against the Kurdish-held Afrin region in northern Syria.