Berlin plans to cut project funding for the Turkish Islamic organization DITIB by about 80 percent, according to a newspaper report. DITIB has been criticized for having close ties to the Turkish government. 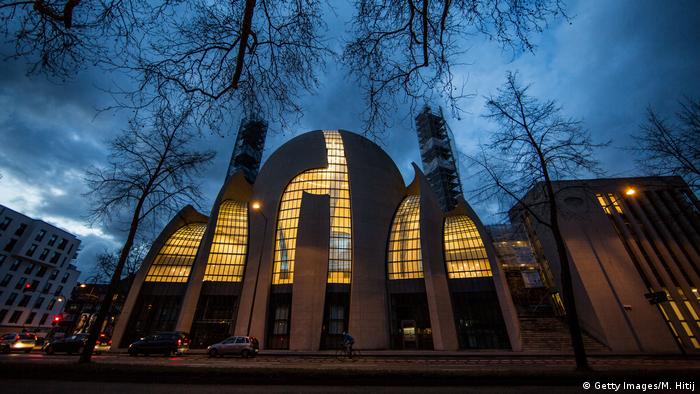 Despite concerns over the Turkish Islamic organization DITIB's relationship with Ankara, the German government will continue to provide the organization funds for projects, according to a newspaper report on Thursday.

DITIB, however, will be given significantly less money than in previous years, the Kölner Stadt-Anzeiger newspaper reported, citing an Interior Ministry response to an inquiry from the Greens.

The German government gave the organization much more money in 2016 — to the tune of €3.27 million — for projects to help refugees.

Living in fear - A Turk flees

— DITIB, the Turkish-Islamic Union for Religious Affairs, is Germany's largest Islamic organization, with a network of around 900 mosques and 800,000 members.

— The organization is based out of the western city of Cologne and engages in religious, social and cultural activities in Germany.

— Imams with DITIB allegedly spied on community members in Germany who were suspected of being followers of Fetullah Gulen, the Muslim cleric accused by the Turkish government of being behind the country's failed coup last July.

— The organization claims to be independent of the Turkish government, but DITIB imams are trained in Ankara and classified as civil servants by the Turkish state.

The Greens' religious affairs spokesman, Volker Beck, told the Kölner Stadt-Anzeiger that the federal government should reconsider its cooperation with organizations such as DITIB, the Central Council of Muslims and the Milli Görüs organization.

Beck criticized some of the projects funded by the German government as "false investments" and said the amount of money given to the organizations was "astonishing."

"The state has to know who they are dealing with when it concerns project funding, pastoral counseling, Islam classes or even when recognizing [the organization] as a public corporation."

Islam in Germany: Muslims prefer to be talked to rather than talked about

Mosques have been opening their doors to the German public for 20 years. But is the dialogue working given the rise of far-right parties like the AfD? DW's Kathleen Schuster reports from Cologne on how mosques see it. (03.10.2017)

On Saturday, thousands of Muslims in Cologne will take to the streets in a "March Against Terror." But Germany's largest Islamic organization, DITIB, will not be taking part. This decision has drawn strong criticism. (16.06.2017)

'An offense against our own sovereignty'