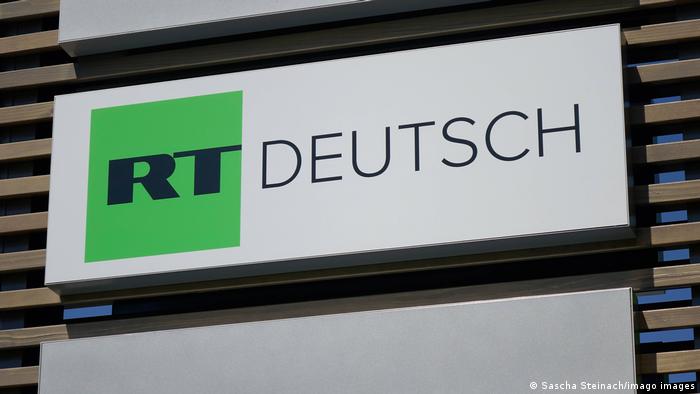 A dispute between Berlin and Moscow over the establishment of a Russian state-backed TV channel in Germany heated up on Friday after the Russian Foreign Ministry accused the German government of violating press freedoms.

The dispute arose regarding the channel RT — formerly Russia Today — the German offshoot of which announced a plan in January to set up a television station in Germany by the end of the year.

The media policy spokesperson for the liberal Free Democratic Party (FDP) in the German parliament, Thomas Hacker, told DW on Friday that RT's chances of getting legal permission to broadcast in the country were slim.

RT, based in Moscow, already offers services in English, Spanish, Arabic and French. RT DE, as the German-language offshoot is called, launched its website in 2014.

The Media Institute Berlin Brandenburg (MABB) told DW on Friday that RT DE had said it would abide by the German legal broadcasting framework.

The MABB also confirmed that broadcasting licenses in Germany require independence from state control, but also suggested that such rules should be extended to prohibit online loopholes.

"In principle, broadcasting licenses in Germany are governed by the principle of state neutrality. In the digital world, however, there are other ways of distributing cross-media content. Therefore, one must ask whether the legal framework that exists in Germany is still sufficient," the MABB director told DW.

The German Federal Office for the Protection of the Constitution (BfV) also expressed its concern with the "threat posed by Russian attempts to spread influence in Germany."

The domestic intelligence agency told DW that the threat remained "still, just as before, at a high level." The BfV pointed to its own report regarding Russian media influence in connection with the coronavirus pandemic in Germany.

"Here, the selection of images with a focus on police operations could be suitable to paint the picture of a repressive surveillance state, which uses violence to prevent blameless and concerned citizens from exercising their fundamental rights," the BfV told DW.

Tensions spiked on Thursday when Maria Sakharova, spokeswoman for the Russian Foreign Ministry, accused the German government of forcing Commerzbank to close accounts belonging to RT DE until the end of May in an attempt to stifle "freedom of expression and freedom of the press."

Sakharova also said it would be forced to take "measures" against German media organizations unless Germany takes steps to improve its relations with foreign media.

Berlin denied that it had any involvement in the closure of the RT accounts and rejected the threats from Moscow.

"This is not the first time that the Russian government has tried to hold us responsible for a private-law business relationship between RT and its banks," German Foreign Ministry spokesman Christofer Burger said.