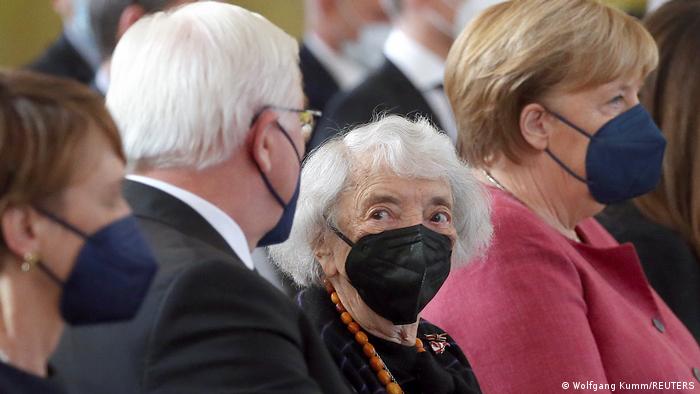 Speaking at a Tuesday commemoration event at his residence, the Bellevue Palace in Berlin, President Frank-Walter Steinmeier highlighted November 9 as both a "bright and dark day" in German history.

Steinmeier, who is Germany's head of state, urged compatriots to recognize and reflect on the date "with all its contradictions."

The date is particularly significant for Germany, being the anniversary of three pivotal events since Germany became a nation-state in 1871.

The first of these was in 1918 when Social Democrat Philipp Scheidemann proclaimed Germany a republic at the end of World War I. It marked the end of the rule of Kaiser Wilhelm II.

Secondly, and most centrally, November 9 is the day that Germany's Nazi leaders in 1938 instigated the November pogroms against the Jewish population.

Most commonly referred to in English either as "Kristallnacht," or as the "Night of the Broken Glass," it represented a new and violent escalation to the Nazis' systematic attempts to persecute Jews.

Thirdly, it is that date that saw the fall of the Berlin Wall in 1989, which paved the way for the eventual reunification of East and West Germany.

What did the German president say?

"November 9 is an ambivalent day, a bright and a dark day,'' Steinmeier told guests. "It makes our hearts pound and brings tears to our eyes. It makes us hope for the good that is in our country, and it makes us despair in the face of its abysses."

"Perhaps that is why November 9 is a very German day, a day that provides information about our country like hardly any other."

The president said 1938 was a reminder to Germans to keep alive the memory of the victims of National Socialism and to anti-Semitism, hatred, and hatemongering: "Our responsibility knows no end," he said.

Meanwhile, Steinmeier added that 1918 and 1989 served as reminders that democracy and freedom were won by courageous people "and are never secured forever." 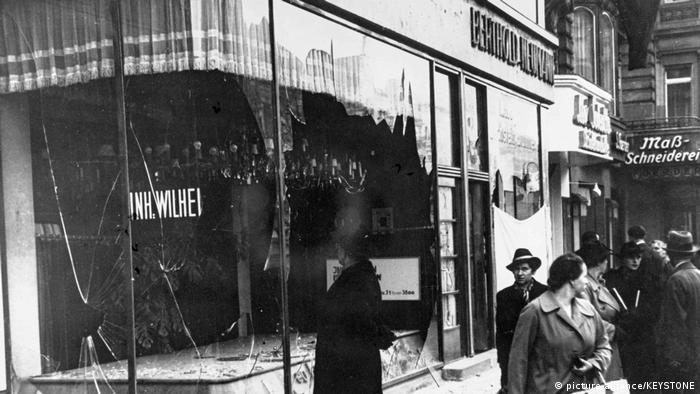 "Enduring ambivalence, that's part of it, part of being a German," said Steinmeier. "I would like us to commemorate it as such, as a day to reflect on our country."

Separately, and in contrast to Steinmeier's comments, the president of Germany's Central Council of Jews, Josef Schuster, said the focus of the day should remain "a national day of remembrance for the victims of the Shoah."

The knowledge about the pogroms of 1938, Schuster said, was declining: "Therefore we are skeptical of demands to commemorate several historical events at once on November 9."

Meanwhile, Germany's chancellor-in-waiting Olaf Scholz, who tweeted about the multiple significance of the date, closed his thread with a warning about intolerance.

"Today's date should warn us and give us courage," he wrote. "We must oppose hatred of Jews and racism and fight for cohesion and respect in society."