November 9 has played an important role throughout Germany's history. DW takes a look at some important events that took place on that day. 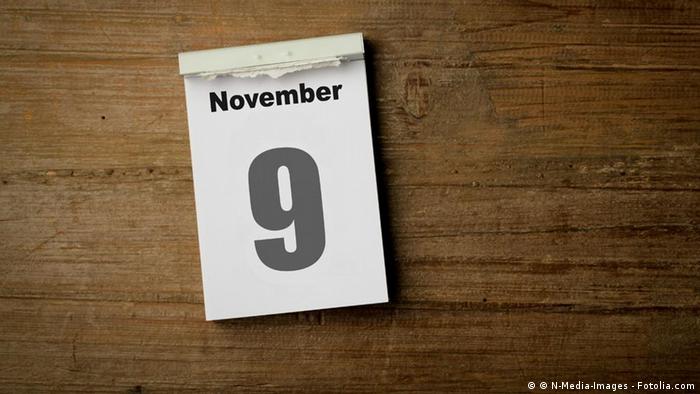 November 9, 1989, wasn't meant to be a watershed in German history. While the communist leadership of East Germany had decided to allow citizens to travel freely on that day, the change in policy was not supposed to take effect until November 10 to give border guards time to prepare.

But Guenter Schabowski, a member of the East German politburo, who announced the decision at a press conference had not been present at the meeting. Asked by reporters when the new regulation would take effect, he said: "Immediately." 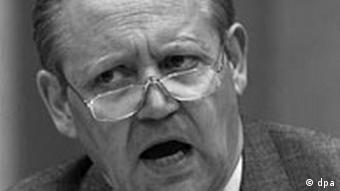 Schabowski during his historic press conference on Nov. 9, 1989

Thus, November 9 yet again became a German "day of destiny" marking the first, triumphant steps towards the country's reunification. But while Germans had a reason to celebrate on that date in 1989, another event that took place 51 years earlier on November 9 remains one of the darkest in the country's history. 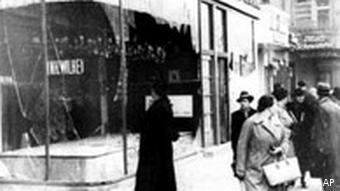 A Jewish shop in Berlin the day after "Kristallnacht"

Using the November 7, 1938 assassination of a German diplomat in Paris by a German-Polish Jew as an excuse, the so-called Reichskristallnacht two days later rang in the Nazis' brutal persecution of Jews that would eventually end in the murder of millions of people.

While the 1935 Nazi race laws had already severely affected Jewish life in Germany, members of the Nazi SA militia across the country now torched synagogues and destroyed Jewish stores. About 100 people were killed during the pogrom and about 30,000 Jewish men were arrested and sent to concentration camps.

Nazi leaders, including Adolf Hitler, had meanwhile gathered in Munich to commemorate the 15th anniversary of another November 9 event: Hitler's failed putsch attempt of 1923. 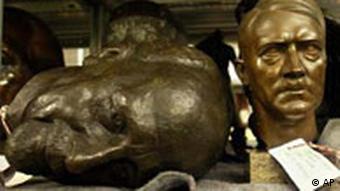 A bust of Hitler in the German Historical Museum's depository

Worried that other nationalistic, right-wing groups might overshadow his emerging Nazi party (NSDAP), Hitler and his followers on November 8 stormed a meeting of Bavarian government officials in a Munich restaurant and forced them at gunpoint to support his revolution.

When the men revoked their agreement to cooperate a few hours later, Hitler led a march on the center of Munich, which was broken up by police. The NSDAP was banned as a result and Hitler ended up spending a few months in prison.

1918: Proclamation of the republic 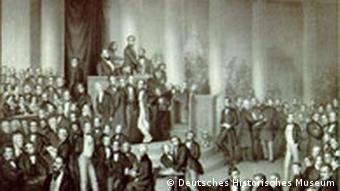 The national assembly in Frankfurt's St. Paul's Church was disbanded on May 30, 1849

Unlike the other Nov. 9 events, the putsch attempt did not fall on that date by coincidence, according to Heinrich August Winkler, one of Germany's most renowned historians. Hitler's march on Munich took place exactly five years after the proclamation of the German republic by Social Democratic politician Philipp Scheidemann, which came just two days before the end of World War I.

Another event significant for German history took place on November 9, 1848 - the execution of Robert Blum, a member of the Frankfurt national assembly, a legislative body meant to create a constitution for a unified Germany.

Ignoring his immunity as a parliamentarian, Blum was sentenced to death by Austria's imperial government after supporting Viennese revolutionaries. His execution showed the parliament's powerlessness and made Blum a symbol of the failed attempt to create a unified and free Germany.

What's left of the Berlin Wall

On Aug. 13, 1961, East German workers began erecting the infamous Berlin Wall, which would separate the city in two halves for more than 28 years. Take a look at what's left of the wall nearly two decades after its fall. (12.08.2008)

Germans commemorate the persecution of Jews

Germany recalled the Night of Broken Glass, when Nazis smashed Jewish-owned shops, ransacked synagogues and killed at least 91 people. Chancellor Merkel said all Germans must act against racism and anti-Semitism. (09.11.2008)

Famous stretch of Berlin Wall to be restored

A History of the Berlin Wall