Friedrich Merz was slammed for the way he answered a question about Germany possibly having an LGBT+ chancellor. The leadership candidate for Angela Merkel's conservatives says his response was "clearly misunderstood." 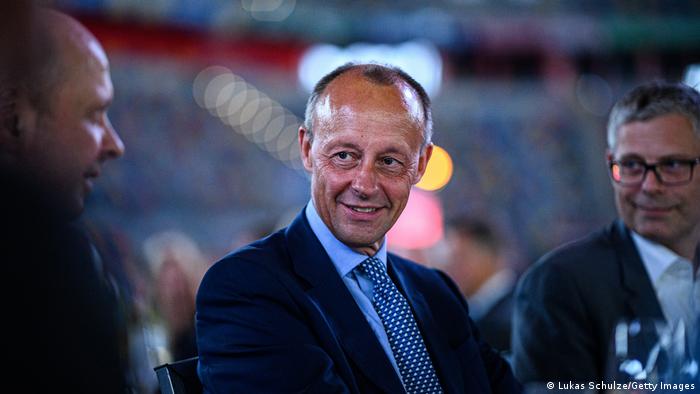 German politician Friedrich Merz says he now "regrets" comments made when asked whether he would have reservations about the appointment of a gay chancellor.

Merz is a candidate for the position of chair of the center-right Christian Democrats (CDU). Whoever is selected for the role would likely become the party's candidate to replace Angela Merkel as chancellor.

Critics said his reply, made Sunday in a video interview for the newspaper Bild, was homophobic because it made an association between being gay and pedophilia.

Speaking with the news portal t-online, Merz insisted that his statement had been "obviously misunderstood" but that if anyone was offended, "I really regret it very much."

"There was naturally malice at work," he said of the backlash, adding that colleagues had told him the criticism had been overdone.

Read more: Homophobia in German politics: How things have changed

What did Merz say?

During the original interview, Merz was asked whether he would have reservations if a gay chancellor were to lead Germany.

"No," he replied. "Concerning the question of sexual orientation, as long as it is within the law and does not affect children — which at this point, for me, would be an absolute limit — it is not an issue for public discussion."

Merz' answer sparked an outcry from German politicians, especially as one of his rivals for the position of CDU chair, Health Minister Jens Spahn, is openly gay.

Spahn told a reporter: "If the first things you associate with homosexuality are questions of law and pedophilia, then you should rather direct your questions to Friedrich Merz."

Another gay politician, deputy chair of the center-left Social Democrats (SPD), Kevin Kühnert tweeted: "This is how someone works who cannot hide the fact that he cannot deal with the normalization of homosexuality."

Friday's backhanded apology was Merz' third attempt to qualify his comments. In an interview with Die Welt on Monday, he said the connection between homosexuality and pedophilia in response to his remarks was "maliciously constructed."

He then doubled down on his remarks, saying his tolerance always reached its limit when children are targeted and said he would "continue to say this in the future, even when clearly one or another person doesn't like it."

In a tweet later on Monday, Merz went further, saying: "I do not evaluate anyone in my work environment or among my friends and acquaintances on the basis of their sexual orientation. This is a private matter. In a liberal society, there are different ways of life."

The German defense ministry has published a report outlining the extent of historic discrimination of gay soldiers before 2000. But authorities "cannot right every injustice," the defense minister admitted.