Homophobia in German politics: How things have changed | Germany | News and in-depth reporting from Berlin and beyond | DW | 24.09.2020

Whether he would have any reservations about a gay chancellor, that was the question put to Friedrich Merz, a prominent politician of the center-right Christian Democrats (CDU), in an interview with mass-circulation tabloid Bild last weekend.

"No," Merz replied, before adding: "On the question of sexual orientation, that is none of the public's business. As long as it is within the law and as long as it does not concern children — that's when I feel the absolute limit has been reached."

Why, critics ask, did the former parliamentary leader of the CDU immediately mention the protection of children and possible violations of the law when asked about the possibility of a homosexual chancellor? 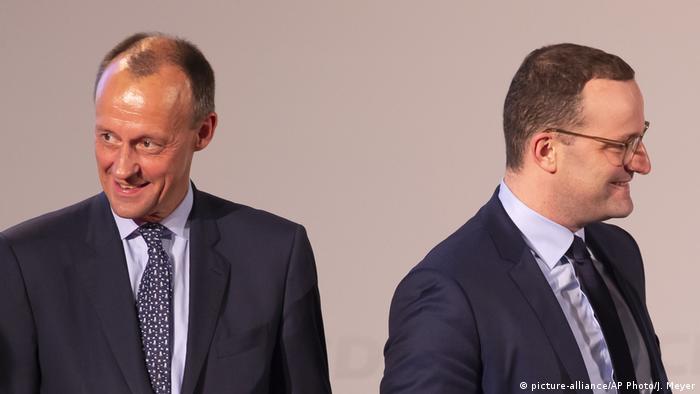 Prejudice, suspicion and persecution are all closely tied to the history of gay men and lesbians in postwar Germany, even if the acceptance of homosexuality is now widespread. Until 1969, homosexual men could be persecuted in Germany under a law dating from the Prussian Empire that had been further tightened under the Nazi regime.

Paragraph 175 of the penal code stated: "A man who sodomizes another man or allows himself to be sodomized shall be punished by imprisonment." In 1957, the Federal Constitutional Court decreed this to be constitutional under Germany's Basic Law. East Germany also adopted the legislation directly from the Nazis after World War II.

It was not until February 2001 that homosexual couples were allowed equal status under the Basic Law and granted the right to have civil partnerships, under the coalition government of the center-left Social Democrats (SPD) and the Greens.

The German parliament finally voted for equal marriage in 2017. But, right up until then, there were many — mostly conservative — members of parliament who opposed the law. Two hundred and twenty-five of the 309 CDU (and CSU, their Bavarian sister party) Bundestag lawmakers voted against it. Chancellor Angela Merkel was among them. In the run-up to the vote, she had called for parliamentarians to be free to make their own decisions rather than vote according to a party line. 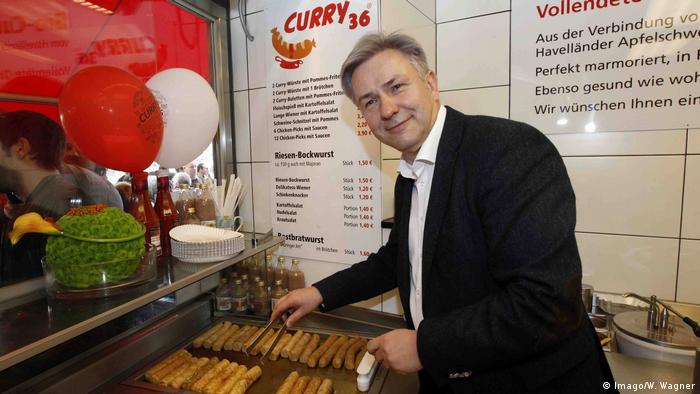 "I am gay — and that is a good thing!" Klaus Wowereit's statement is famous in Germany.

Equally important to the legal progress were public statements made by politicians who were open about their homosexuality. In 2001, the Berlin SPD mayoral candidate Klaus Wowereit declared at the end of his party conference speech: "I am gay, and that's a good thing."

Later he said he had partly made the remarks because he knew the tabloid media were preparing reports about his homosexuality. Wowereit was elected mayor and served for over a decade.

Today, Health Minister Jens Spahn is the first openly gay minister from Merkel's ruling conservative CDU and, at the age of 40, seen as one of the party's rising stars. He is being tipped as a candidate to succeed Merkel in 2021. He is one of Merz's main rivals within the CDU, and they have competed for the party chairmanship in the past. 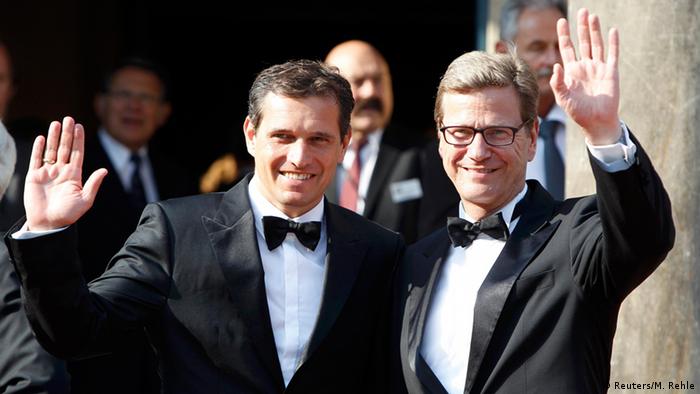 Discrimination has not gone away

Out politicians are to be found in all parties currently represented in the Bundestag. Even one of the leaders of the far-right AfD, Alice Weidel, is not hiding the fact that she is married to a woman of color; they live in Switzerland with their children.

Much has been achieved for the equality of homosexual people in the public sphere in Germany. This is why Merz's statement seems to belong to a bygone era. But in many areas, there are still reservations about homosexuality.

For example, a recent study by the German Institute for Economic Research and the University of Bielefeld found that 30% of people who identify as lesbian, gay, bisexual, trans, queer or intersex are discriminated against in working life. Among just trans people the rate is even higher: 43%. This may be one of the reasons why one-third of respondents said they were not out at work or were only out to certain colleagues.