Former CDU lawmaker Friedrich Merz was asked if he would have reservations about a gay chancellor leading the country. Several top politicians, some of whom happen to be gay, spoke out against his response. 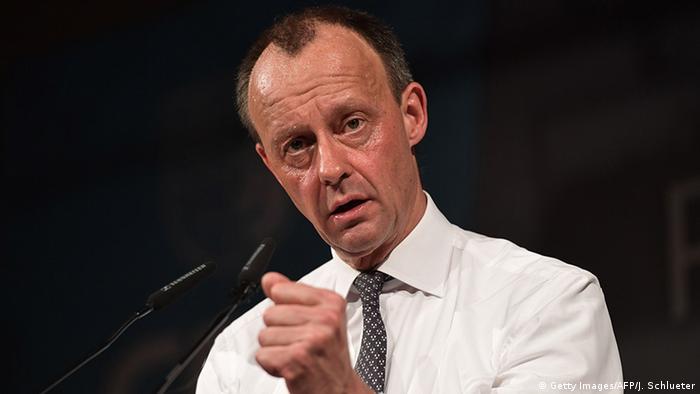 Christian Democratic Union (CDU) leadership hopeful Friedrich Merz came under fire on Monday for a response he gave when questioned on whether he could imagine Germany having a homosexual chancellor.

Merz, a candidate in the CDU election set to take place in December to find a replacement for Angela Merkel, who is stepping down — made the comment to German media outlet Bild.

On the news segment named "The right questions," Merz was asked whether he would have reservations if a gay chancellor were to lead Germany.

"No," Merz replied to Bild. "Concerning the question of sexual orientation, as long as it is within the scope of the law and does not concern children — at this point I reach my absolute limits — it is not an issue for public discussion."

Deputy Chair of Germany's Social Democratic Party (SPD), Kevin Kühnert, who in the past came out publicly as gay, tweeted: "This is how a person acts who can't conceal that he is unable to get on board with the normalization of homosexuality."

Health Minister Jens Spahn, who is also gay and is considered a possible future contender for the chancellorship, also criticized Merz. "If the first things you associate with homosexuality are questions of law and pedophilia, then you should rather direct your questions to Friedrich Merz," Spahn told a journalist.

Merz sought to justify himself after Monday's outcry. He told national newspaper die Welt that the connection between homosexuality and pedophilia in response to his remarks was "maliciously constructed."

He then doubled down on his remarks, saying his tolerance always reached its limit when children are targeted. Merz said he would "continue to say this in the future, even when clearly one or another person doesn't like it."

"I do not evaluate anyone in my work environment or among my friends and acquaintances on the basis of their sexual orientation. This is a private matter. In a liberal society, there are different ways of life," added Merz in a later tweet.