A painting by French surrealist Yves Tanguy was nearly destroyed after a businessman misplaced it at Düsseldorf Airport. "This was definitely one of our happiest stories this year," a police spokesman said. 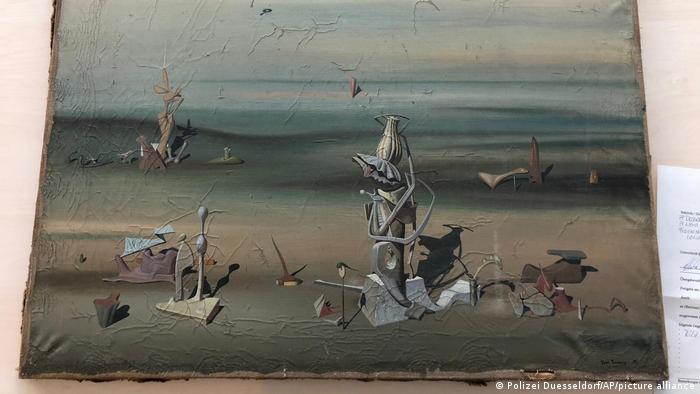 German police managed to rescue a surrealist painting from certain destruction after they found the missing artwork at the bottom of a recycling bin.

A businessman accidentally left the painting at a check-in counter at Düsseldorf Airport at the end of November, police said in a statement on Thursday.

The painting by French surrealist Yves Tanguy, estimated to be worth €280,000 ($340,000), was packaged in a flat cardboard box. The police statement did not include the title of the painting.

The unidentified man boarded a plane bound for Tel Aviv when he realized he'd forgotten the painting.

Upon landing in Israel, he attempted to contact police in the western German city of Düsseldorf — sending several emails about the 40 x 60 centimeter (16 x 24 inch) painting.

Despite diligent searching, the painting was nowhere to be found. 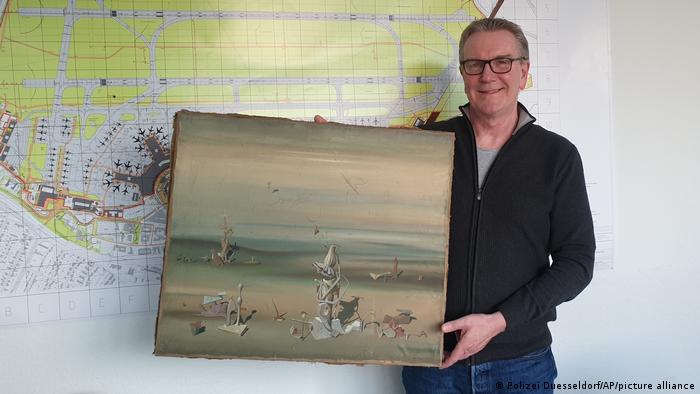 A breakthrough in the case finally came after the man's nephew traveled from Belgium to report the painting missing at a police precinct located near the airport.

The case landed on the desk of inspector Michael Dietz, who then reached out to the airport's cleaning company. Together with the airport's property manager, they thoroughly searched through recycling containers for paper.

"Sure enough, the valuable painting was right at the bottom," police said in a statement.

The owner of the painting ended up picking up his artwork on Wednesday.

"This was definitely one of our happiest stories this year," police spokesman Andre Hartwig told the Associated Press. "It was real detective work."

Yves Tanguy, who lived from 1900 to 1955, was known for his abstract, surrealist landscapes. His contemporaries included the likes of Salvador Dali, Joan Miro and Man Ray.

Two murals in the Augsburg cathedral are being hailed as "art history treasures." Although the paintings of John the Baptist were first found in the 1930s, their age remained a mystery — until now.

Descendants of Jewish art dealers have been calling for years for the return of the Guelph Treasure, ecclesiastic art worth over $250 million. After a US court accepted their lawsuit, Germany is now appealing.

Paintings, East German-style: 30 years after the fall of the Berlin Wall, the Düsseldorf Kunstpalast museum showcases art from Germany's formerly Communist east. It's not all conform with the authorities' tastes.