Two murals in the Augsburg cathedral are being hailed as "art history treasures." Although the paintings of John the Baptist were first found in the 1930s, their age remained a mystery — until now. 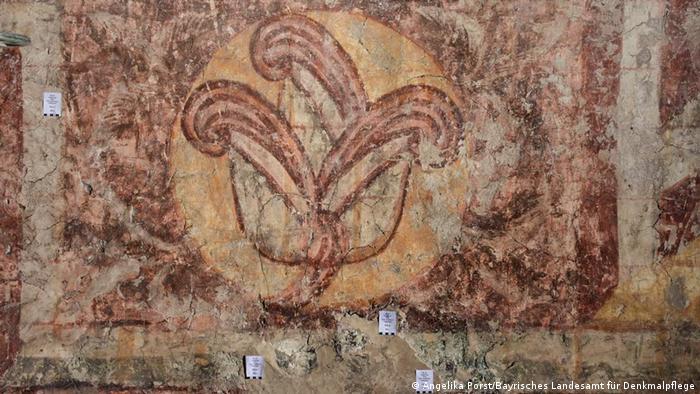 Although the murals were severely damaged over time, certain portions of the paintings remain vibrant

Long-overlooked murals in the Augsburg Cathedral are causing a stir among art historians and church officials alike after researchers revealed on Wednesday that the paintings are actually centuries old.

A team of historical building researchers and restoration experts determined that the murals depicting the life and death of John the Baptist stem from the 11th Century — making them around 1,000 years old. 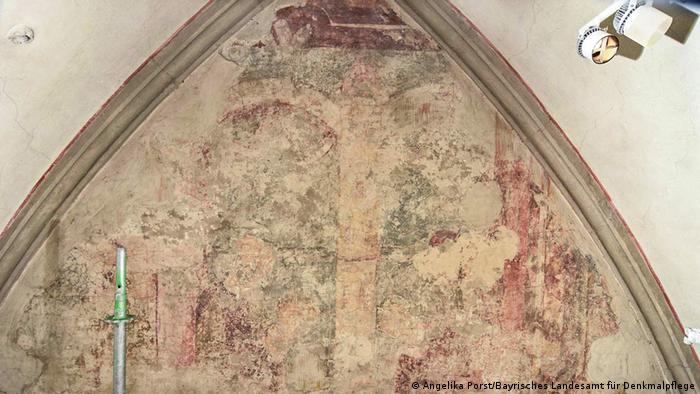 The murals are the "oldest" examples of early medieval church paintings to be found north of the Alps, the Bavarian State Office for the Preservation of Historical Buildings said in a statement. They likely stem from the time when the church was first being constructed.

"The new findings … are proof of the magnificent design of this spiritual place over the centuries," cathedral official Armin Zürn said.

The murals had at one point in the cathedral's history been covered up — making them invisible.

They were first uncovered in parts during the 1930s and the 1980s, although their age and significance remained unknown for decades.

Researchers only began reconsidering the murals after restoration work in the attic of the cathedral in 2009 revealed paintings that dated back to when the church was first constructed. 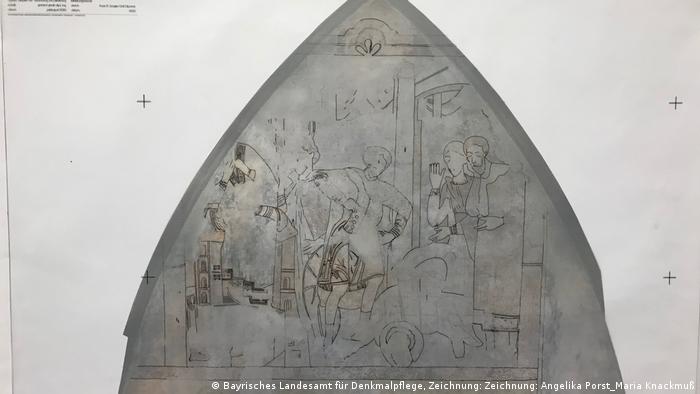 For the first time, researchers were able to study, clean and preserve the murals — and finally determine how old they were.

"Despite the seriously affected painted areas, two scenes and the remains of a third could be identified," the Augsburg diocese was quoted as saying by Germany's Catholic news agency KNA.

One of the scenes shows the execution of John the Baptist, while the other is thought to depict his burial. A third scene, likely depicting his birth and naming, is thought to have been destroyed in the 14th Century during the construction of a Gothic window, Bavarian officials said. 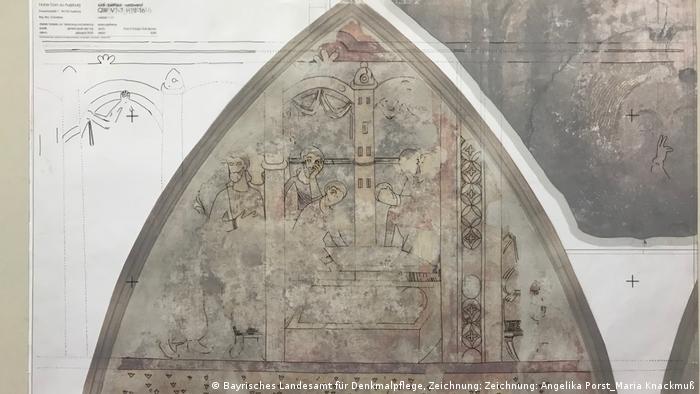 The style of the murals bears strong similarities to frescoes found in the Church of Saint George on the southern German island of Reichenau on Lake Constance. That site was declared a UNCESCO World Heritage Site in 2000.

Restoration work on Paris' iconic cathedral has yet to begin six months since the fire, but some good has come of it. Now more people are taking an interest in learning the skilled trades needed to rebuild Notre Dame.