If you ever try to smuggle large amounts of cash through the Düsseldorf airport, you will most likely meet Luke, German custom's money sniffing dog. The canine graduated in December and has already made officials proud. 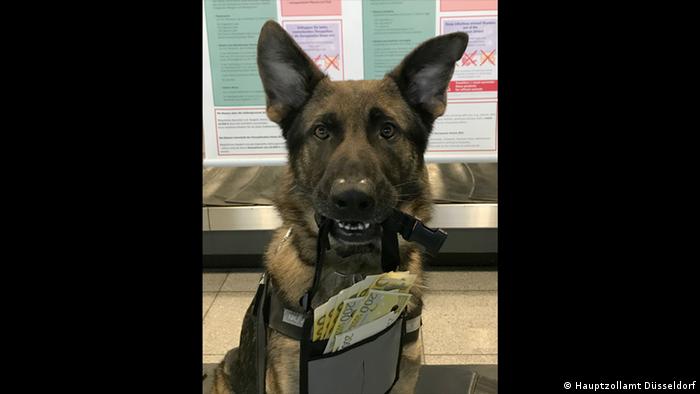 In less than three months of service, German shepherd Luke has sniffed out a total of €745,000 ($847,070) while patrolling the Düsseldorf airport in western Germany, German customs agents said in a statement.

The canine was recruited in February 2018, at two years of age, and then entered a lengthy program that taught him to track down large amounts of cash based on the bills' scent. He graduated in December and made 12 successful busts before the end of February.

"Luke is a valuable helper in controlling cash smuggling," customs spokesman Michael Walk said. "Considering his successful debut, we are excited about what his rate of success will be in the future." 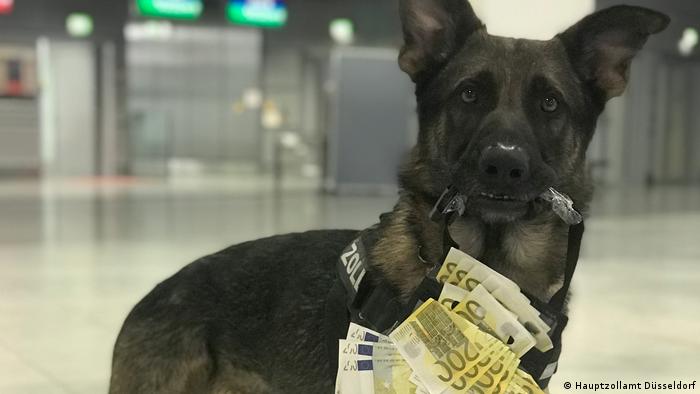 German laws prohibit bringing €10,000 or more in cash into the country, with visitors from outside the European Union required to submit a written statement and travelers from within the bloc to declare the money verbally when questioned by the officials.

However, Luke's nose sometimes works a bit too well — several times he discovered wads of money under €10,000 in value.

He is trained to sniff out euros, dollars, and pounds.

"The currencies have distinct scents, based on their paint and paper," a customs' representative was quoted as saying by the DPA news agency.

Luke and other sniffer dogs are a part of German authorities' effort to curb illegal money transfers involving groups such as drug traffickers or terror networks.