Paintings, East German-style: 30 years after the fall of the Berlin Wall, the Düsseldorf Kunstpalast museum showcases art from Germany's formerly Communist east. It's not all conform with the authorities' tastes.

With the exhibition "Utopia and Demise: Art in the GDR," the Düsseldorf Kunstpalast museum gives an overview of art in Communist East Germany from the post-war years to the fall of the Berlin Wall. The show focuses on painting, which was the country's most important medium for visual artists.

About 130 paintings and paper works by 13 painters are on show. They were created by different generations of painters who cultivated different styles, each with their own artistic positions. Not all of them were known beyond the GDR borders.

There is much to discover in the exhibition, and that is intentional, says curator Steffen Krautzig. "We want to look at the works of art, at their diversity — and that existed in the GDR, too," he told DW. 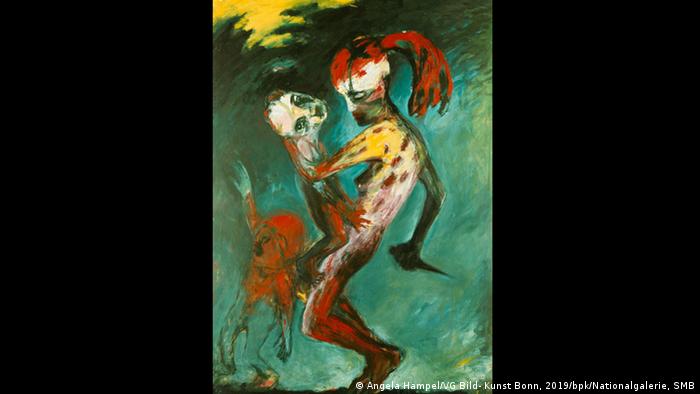 The choice of artists, Krautzig says, makes clear that "the to this day stereotypical juxtaposition of free abstraction in the West and ideologically charged realism in the East must be questioned."

The art business was divided into those who were privileged and those who were bullied. Willi Sitte, who headed the GDR Artists' Association, publicly declared his support for the system. "But many artists undermined this idea and sought alternatives to the state cultural system," Krautzig says, adding that he does not want the exhibition to get mired in the old controversy over "GDR state art."

Life in the GDR

In the west, interest in GDR art works has so far been "rather marginal," he argues, adding that young people today know very little even about East German history. All the more important, says Krämer, that President Frank-Walter Steinmeier has taken on patronage of the art show.

The exhibition "Utopia and Demise: Art in the GDR" runs from September 5, 2019, through January 19, 2020 at the Kunstpalast in Düsseldorf.

"Point of No Return" in Leipzig is the first exhibition to look into the way East German artists expressed their vision of the state and their hopes for change ahead of the fall of the Berlin Wall. (24.07.2019)

An exhibition in Berlin showcases "Sibylle," an East German fashion and culture magazine that for decades offered women in the communist state more than dress patterns. (14.06.2019)

How did West Germany respond to the building of the Berlin Wall?