An exhibition in Berlin showcases "Sibylle," an East German fashion and culture magazine that for decades offered women in the communist state more than dress patterns.

Sibylle magazine, founded in 1956 and named after the first editor-in-chief, Sibylle Gerstner, is celebrated in a traveling exhibition that is currently showing at the Willy Brandt Haus in Berlin until August 25, 2019. The focus is on 13 influential photographers who have shaped the magazine, including Sibylle Bergemann, Arno Fischer and Ute Mahler.

When working for Sibylle in the 1960s, Arno Fischer brought the models out of the studios and onto the streets of Berlin.

But Sibylle Bergemann, who later co-founded the Ostkreuz photographers agency, put her stamp on the magazine in the 1980s with her staunch aesthetic and sometimes melancholy images, such as one of a woman with a long black dress in front of a chalk-painted wall.

Another longtime Sibylle photographer on show is Ute Mahler, whose pictures worked with individual aesthetics.

"It was about style, taste and encouraging individuality," Mahler remembers, adding that the country's best photographers worked for the magazine over the years, well-known for their signature portraits, reports, essay series and landscape photography. 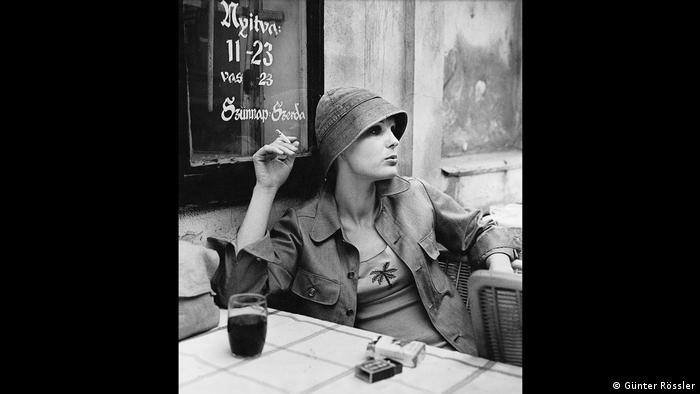 Lounging in a cafe in Budapest in 1974

Instead of posing between lions and elephants in faraway countries, the models would present East German fashion at subway stations, in pubs or at work, both in the GDR and locations in Eastern European states.

The fashion was not for sale, however; Sibylle provided patterns allowing women to sew the blouses, skirts and dresses.

With 40 pages filled with fashion, travel stories, portraits of artists and other culture events with a special focus on young people, from 1956 to 1995, Sibylle hit the newsstandsevery two months. In its heyday, the magazine's circulation topped 200,000 copies, contributing significantly to the image of women in East Germany at the time, as well as reflecting social conditions in the communist country.

By the mid-60s, the governing Socialist Unity Party of Germany blamed the country's weak economic performance on enemy ideology, spelling an end to the tolerant attitude toward a magazine seen as the mouthpiece of the country's more rebellious youth. Women were presented wearing worker-style fashion in shiny, bright colors designed to symbolize a healthy economy in the socialist country that described itself as the workers' and peasants' state. 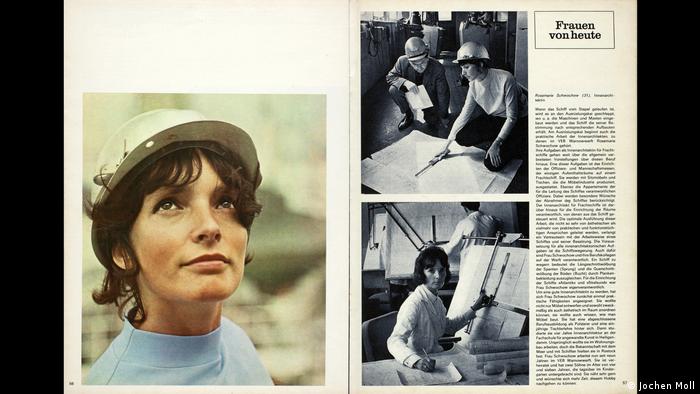 In the early 1980s, the GDR's economic and political stagnation led to a time of social change. The magazine began showcasing ambitious artistic photography with a less conventional focus, giving readers a respite from their everyday lives.

The last issue in 1989, a time of major upheaval in East Germany that culminated in the fall of the Berlin Wall, marked a turning point. The series, entitled "Handschriften" (hand writing), showed fashion by East German designers who had just presented their collections at a fair on the other side of the Wall, in West Berlin — symbolically placing the models in front of crumbling old walls.

A West German company bought Sibylle, which secured the magazine's existence for a while without, however, building on the success it once had in East Germany. The magazine finally folded for financial reasons in early 1995.

In the former prison where the East German secret police locked up dissidents, a museum has painstakingly mapped the vast web of locations through which the Stasi carried out social control — and planned coups. (11.06.2019)

Run-down façades, punks and ordinary workers: An exhibition in Berlin shows the works of Harald Hauswald, who simply wanted to document everyday life — without knowing that the Berlin Wall would one day come down. (16.02.2018)

The true story of two families' spectacular escape from East Germany during the Cold War, "Balloon" is a big screen adventure set on the border of a divided nation. DW looks at other acrobatic attempts to flee the GDR. (27.09.2018)

The German drama series Deutschland 83, which gained a global cult following, returns for a new season set three years later. Undercover spy Martin Rauch, who's been banished to Africa, is called back to the field. (19.10.2018)

East Berlin was the center of power in communist East Germany, but it was also a city where subversive currents thrived. The exhibition "East Berlin. Half a Capital" looks at everyday life in the 1970s and 80s. (10.05.2019)

It was the most famous fashion magazine in the GDR. An exhibition in Berlin shows how the imagery in "Sibylle" subtly reflected the evolution of the political system until it failed in 1989. (14.06.2019)

A comprehensive collection of movie posters created in East Germany from 1945 to 1990 shows that graphic designers in the former East Germany retained greater creative freedom than those in the West. (28.05.2018)

The interaction between photography and "the dream factory" is the focus of a new group exhibition by the Helmut Newton Foundation in Berlin.

It stood in the way of his freedom. When the Berlin Wall finally fell, Robert Conrad, an East German photographer, was obsessed with taking pictures of its demolition.

After the fall of the Berlin Wall, the former East opened up - and the Italian Mafia moved in. In the decades since, they have built up a criminal network in the former East Germany.