In the former prison where the East German secret police locked up dissidents, a museum has painstakingly mapped the vast web of locations through which the Stasi carried out social control — and planned coups. 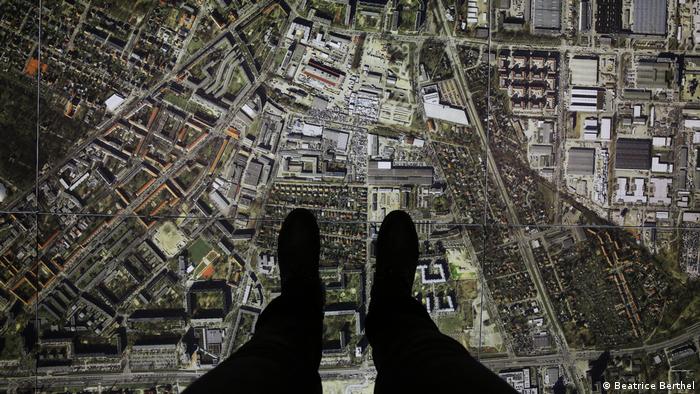 After a day's work in October 1960, Heinz Brandt and a colleague decided to go to a bar in Charlottenburg, a well-to-do district in West Berlin. There Brandt met a young woman, Eva Walter. The encounter was by no means accidental: Both Walter and the colleague were informal collaborators in the Stasi, the East German secret police.

A plan was in motion to capture Brandt, a former employee of the Socialist Unity Party of Germany (SED), and repatriate him to East Berlin, the capital of the GDR. Within 18 months, the Stasi achieved its goal: Brandt was drugged in Walter's apartment and taken to the Hohenschönhausen detention center on the communist side of the city.

Over half a century later, that same prison, today the Berlin-Hohenschönhausen Memorial, is the site of a "Stasi in Berlin: Monitoring and repression in East and West" exhibition, the result of two and a half years of research into over 10,000 pages of official Stasi files.

Revealing stories like Brandt's, the research has also helped to create an unprecedented map of thousands of addresses across Berlin used by the GDR's secret police to monitor and prosecute dissidents. Moreover, it allows visitors to follow the destiny of individuals subject to surveillance measures, kidnappings and arrests on both sides of Berlin.

"We were the first to make this map; not even the official apartments had been mapped," Jochen Krüger, one of the three researchers involved in the project, told DW. He added that every address in West Berlin that formed part of a vast surveillance network had to be rediscovered since the Stasi destroyed the relevant files.

The Ministry for State Security, or Stasi, was set up by the SED in 1950 under the direct guidance of the Soviet Union's secret police, and was charged with suppressing any "subversive" behavior. It maintained so-called local offices in major companies and universities, and carried out arbitrary arrests and mass blackmails while destroying reputations. When it was dissolved in January 1990, the Stasi had 91,000 official employees — about 40,000 in Berlin alone.

But few have known the details of the Stasi's specific "social control" apparatus in Berlin that utilized at least 4,200 locations, including 3,459 residences and so-called "conspiratorial apartments" where collaborators met with agents. Oderberger Strasse in Prenzlauer Berg alone hosted 11 such apartments. 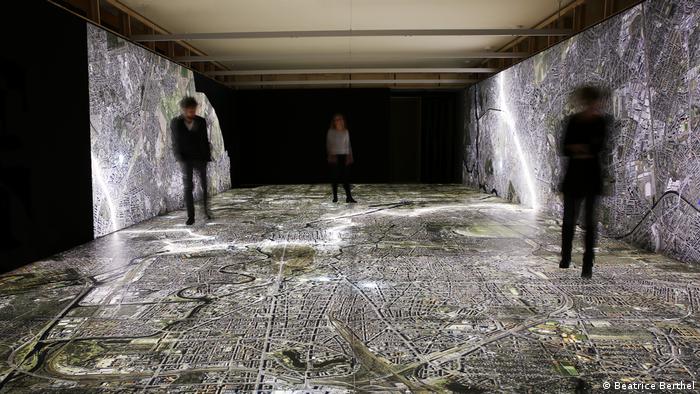 Krüger explains that a lack of records, and the fact that addresses changed frequently, makes this labyrinthine Stasi network difficult to track. "There was a list of conspiratorial apartments, but we did not know exactly when they were used," he said. The research team therefore decided to only analyze sites used between 1988 and 1989.

The subsequent unearthing of documents, photos, videos, and audio has allowed the Berlin-Hohenschönhausen Memorial to create an interactive, multimedia exhibit in which visitors walk on a map of Berlin and explore, with the help of a tablet, the locations used by the Stasi in its operations.

The Memorial research highlights the Stasi's omnipresence on both sides of the Berlin Wall. Before the construction of the Berlin Wall in 1961, abductions of dissidents such as Brandt in the western part of the city were commonplace, with around 400 such cases recorded.

"Softer" strategies were later adopted, including espionage and the recruitment of informants in West Berlin's political and administrative spheres.

"The Stasi was quite familiar with West Berlin, but its activities considered the strong presence of Western counter-espionage and police," Jens Gieseke, a Stasi expert at the Center for Contemporary History in Potsdam, told DW. "Thus, it behaved with extreme caution." 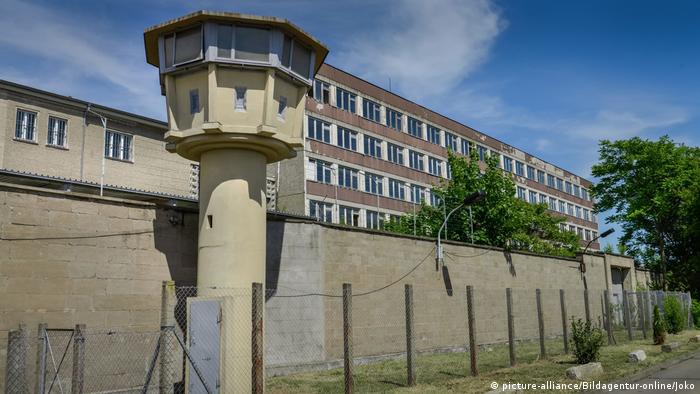 The former Stasi prison in Berlin's Lichtenberg district, with its watchtower still intact, now serves as a memorial site

But dissidents in West Berlin were not beyond the Stasi's reach. "The Stasi wanted to prevent any kind of opposition. It went after dissidents even on the other side of the wall," explained Jochen Staadt, a Stasi specialist at the Freie University of Berlin. "It had people around them and infiltrated in their groups. It blackmailed and disturbed dissidents in any way possible."

The Stasi listened to telephone conversations in the West and even recorded calls between the local police and West German authorities, Staadt notes. "The Stasi in Berlin" exhibition shows how, even by the late 1980s, there were 25 monitoring stations in Berlin to record telephone calls. Between 400 and 600 of those calls were captured daily.

One of the several objectives of the Stasi's operations in West Berlin — and in West Germany as a whole — was to obtain information on politicians, parties and government officials dealing with East German affairs.

"They [Stasi agents] wanted to know in advance what West Germany was planning and doing, especially for negotiations between the two countries," said Staadt.

Moreover, the East German authorities had economic motivations, using spies to gain access to industrial research institutions. "They gathered information and used it in East Germany's industries without permission," Staadt said. "They saved a lot of money by stealing technology."

Prelude to a coup

The GDR secret police infiltrated every aspect of citizens' lives in East Berlin, but few in West Berlin imagined they were undergoing similar surveillance.

With an East German company operating the busy Zoologischer Garten station in West Berlin during the divided years, the Stasi took advantage by having its agents running the ticket counters and booking offices. Furthermore, hundreds of secret agents took up prominent positions in bureaucracies in West Germany — and beyond.

Rainer Rupp was one powerful spy who worked at the North Atlantic Treaty Organization (NATO) headquartered in Brussels. "From [there] he sent hundreds of secret documents to the East," noted Gieseke.

The Stasi's strong presence in West Berlin was also related to plans to militarily invade this last remnant of free market democracy in the East, including attacks on bridges, train stations and airports. "The last plan we found was from 1987," Staadt said.

He added the Stasi also kept an up-to-date list of political leaders, police officers, journalists and civil servants who would be detained after the invasion. But on the 30 year anniversary of the fall of the Berlin Wall, one is reminded how such plans spectacularly backfired.

Child abuse was even more a taboo in the former GDR than in West Germany, an independent committee has found. The "high degree of secrecy" left victims in a state of "extreme helplessness" from which many still suffer. (06.03.2019)

State Housing Secretary Andrej Holm has admitted to having been a full-time employee of the Stasi before the fall of the Berlin Wall in 1989. His original appointment to the post one month ago caused intense debate. (14.01.2017)

Hundreds died when Pan Am Flight 103 crashed into the Scottish village of Lockerbie 30 years ago. Libya later took responsibility, but investigators are now probing whether East Germany's secret police were involved. (21.03.2019)