The German parliament praised civil rights groups and the church for their roles in bringing about a peaceful revolution 30 years ago in former East Germany. A memorial to the victims of communism is being planned. 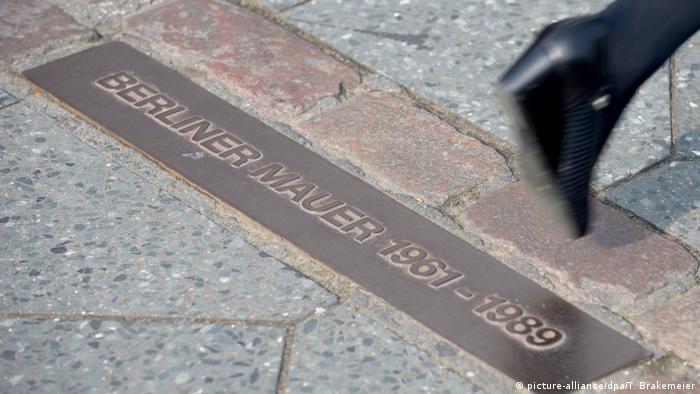 Where the Berlin Wall was

Speaking in the Bundestag on Thursday, the government's commissioner for Germany's eastern states, Christian Hirte, paid tribute to civil rights activists and the church for fighting for freedom and democracy during the 1989 demonstrations. The protests led to elections and the end of the communist government in East Germany.

"The Berlin Wall did not simply fall over, but was brought down by action," Hirte told the plenary session. This "event of the century" should be valued, Hirte said as he recalled the demonstrations.

"Democracy and unity did not come about of their own accord," Hirte remarked. "Causing them to happen demanded great personal risk, for the families as well."

Their efforts during the Peaceful Revolution led to the end of one-party rule in the German Democratic Republic (GDR) and progress towards parliamentary democracy with the first free elections in March 1990 and the reunification of Germany the following October.

Proposal for a memorial

A cross-party proposal from the Christian Democratic and Christian Social Union parties (CDU/CSU) and their junior coalition partner, the Social Democrats (SPD), called for a memorial to the victims of the communist regime. Proposals are to be presented before the end of the year.

The church was also praised for providing spaces for "free thought, open discourse and acts of self-determination."

In their text proposing the memorial, the parties said the church was a "starting point and indispensable place" for the opposition and resistance to East German state authorities. 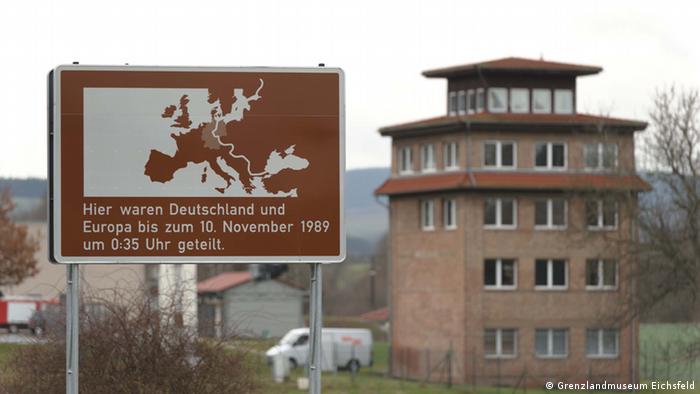 Brandenburg state Premier Dietmar Woidke said during the debate that continuing differences between eastern and western states such as pay agreements and pensions needed to be addressed. Germans should learn from the events of 1989: "We can only do all this together, and not in separation, in hate or intolerance."

Left party lawmaker Matthias Höhn said that the social and economic consequences for people in the former East had been severe after the 1989 demonstrations and that the federal government should recognize this: "You cannot continue to celebrate the heroism of 1989 in your speeches without taking into account how far many of these heroes fell in the months afterwards."

Marc Jongen of the Alternative for Germany (AfD) criticized the governing parties, accusing them of using the events of 1989 to suit their own current political purposes and thereby devaluing them.

"Circle day" — that's how some Germans refer to February 5, 2018. It's the day when the Wall has been gone for as long as it stood. DW's Klaus Krämer shares his recollections of Germany's division and reunification. (05.02.2018)