Study confirms that Stasi infiltrated Greens | Germany | News and in-depth reporting from Berlin and beyond | DW | 12.10.2016

A new study documents how the secret police in Communist East Germany tried to influence the Green Party in West Germany. Bad news for the Greens? Not at all. They're the ones who commissioned the study. 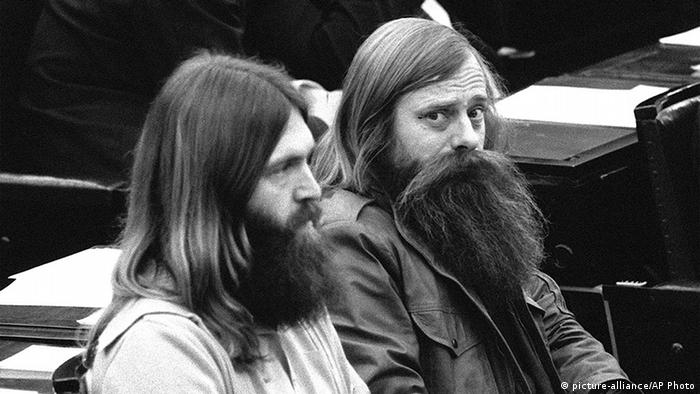 The 360-page study, entitled "The State Security Ministry and the Greens", was written by historians Jens Gieseke and Andrea Bahr. It details how 15 to 20 members of the Green Party in 1980 cooperated closely with the secret police, or Stasi, in Communist East Germany.

The most prominent was Berlin Bundestag deputy Dirk Schneider. In addition, some 450 to 500 sources provided information to the East Germans about the inner workings of the party, which was founded in 1980.

That may sound damaging to the Greens, but it isn't. In fact, the party itself engaged Gieseke and Bahr, after a 2013 study by the state archive for Stasi files about spying by West German parliamentarians and a subsequent recommendation by the Bundestag that the Greens investigate their past.

"We're setting a good example in this regard," Green Party political director Michael Kellner told DW. "It would be good for the other parties to take the chance to look at their own pasts."

Indeed, far from being an indictment of Stasi infiltration of the Greens, Gieseke and Bahr's study is a portrait of a largely failed attempt by the Communist German Democratic Republic (GDR) to co-opt the nascent left-wing party on the other side of the Iron Curtain. 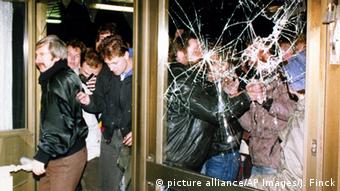 Citizens stormed the Stasi headquarters in East Berlin in 1990

The Green party coalesced out of a heterogeneous movement that opposed conservatism and nationalism in West Germany. But the Greens also butted heads with the Communist regime in East Germany by supporting private citizens' initiatives across the border.

At the same time as the Stasi was trying to acquire Green collaborators, members of the party were forbidden from entering the GDR.

"The Greens were a late child of the 1960s in West Germany," Gieseke told DW. "They were specifically anti-nationalist, anti-anti-Communist and not interested in restoring German unity. The Greens were most inclined to accept the GDR as a state, but on the other hand they also laid claim to the right to be politically active across national borders. They saw the grass-roots political initiatives in East Germany as their natural allies. That's why there was a blanket ban imposed on all known Green Party members by East Germany in 1983."

The Greens say that they can look back with pride upon the actions of many party members during the 1980s.

"We were the only party in which there were groups of people who smuggled printers and photocopiers into the GDR, often disguised as diplomatic deliveries," Kellner says. "Not all Greens did this, but there was a section of the party that did."

Even a look at the most prominent Stasi collaborator underscores the limits of the East German secret police's influence. 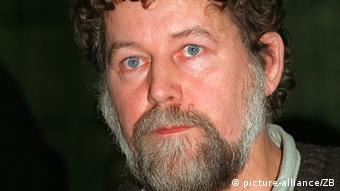 For a time, Dirk Schneider was the Greens' domestic-policy speaker. He was a good catch for the Stasi and did his best to align the Western German party with the official policies of the East German regime. But his closeness with East Berlin was so well-known that his fellow party members nicknamed him "the GDR's permanent mission within the Greens."

"Schneider tried to influence the Greens' domestic policy," Kellner says. "But I'd say, and the study confirms, that he failed in the end."

Many Greens may have been critical of the United States in the 1980s, but that didn't mean they were willing to toe Kremlin-dictated lines.

"There was a 'left' wing of the party that in the wake of the peace movement was always somewhat anti-American and tended to give more credit to the Soviet side where the arms race was concerned," Gieseke says. "That was the point of connection for the Stasi. But there were limits to that. It wasn't possible to push through a truly pro-Soviet line within the Green Party."

In 1990, after the fall of the Berlin Wall, Schneider left the Green Party and joined the Party of Democratic Socialism, the successor to the East German Socialist Unity Party, in re-unified Germany. In 1991, his cooperation with the Stasi, for which he was paid, was revealed, and he left politics in 1996. He died in 2002. 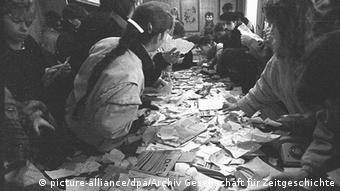 Schneider had been in contact with the Greens since 1975, before the party was formed, and the Stasi sought to infiltrate and exert influence on all of West Germany's political parties.

So the historians who carried out the study on the Greens see lots of possibilities for further research.

"It would be very interesting for the bigger parties with longer histories than the Greens, namely the SPD and the CDU-CSU, to have their own past investigated," Gieseke says. "We found that the sources the Stasi placed with the Greens were ones who were acquired in the 1970s and even the 1960s and who later joined the Greens. That shows that there's a lot for the SPD to investigate, and for the CDU as well."

"The State Security Ministry and the Greens" will be published on Thursday, October 13.

The former East German state security service had more informers within the West German neo-Nazi scene than previously thought, a newspaper has reported. The aim was to prevent attacks on the inner German border. (06.08.2015)

Opinion: The Stasi, a timeless topic