Descendants of Jewish art dealers have been calling for years for the return of the Guelph Treasure, ecclesiastic art worth over $250 million. After a US court accepted their lawsuit, Germany is now appealing. 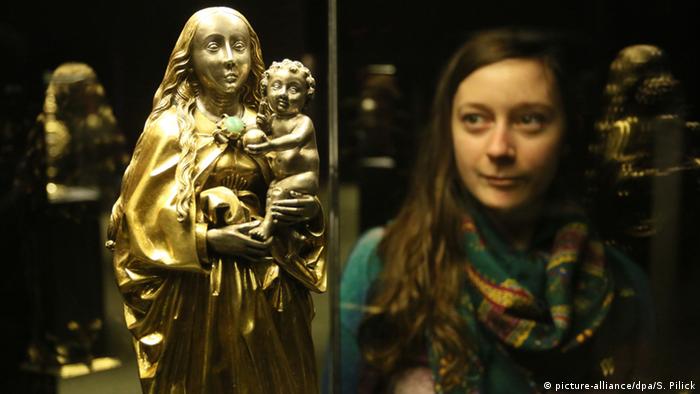 The Guelph Treasure is a major attraction in Berlin museums

One of the most spectacular art litigation cases in recent history is unfolding as descendants of Jewish art dealers sue the German government over Guelph Treasure ("Welfenschatz") items they claim were illegally appropriated by the Nazis.

The former have successfully filed a case in a US court that calls for the treasure, some of which is displayed in a Berlin museum, to be returned the legitimate heirs. But the German government intends to appeal before the April 21 deadline.

Jonathan Freiman, a lawyer of the German government, told the "Washington Post" that Germany would defend itself for the first time before a US court.

According to the German government, the disputed treasure is lawfully owned by the state-supported Prussian Cultural Heritage Foundation (SPK), which manages the Berlin Museum of Decorative Arts in which the items are held, and must remain in the German capital.

After the adoption of the lawsuit by the US court on March 31, 2017, Hermann Parzinger, President of the SPK, declared that the action was "unfounded."

In response, the plaintiff's attorneys Mel Urbach and Markus Stötzel told DW that the case was a "disgrace for Germany."  The Nazis would applaud Germany for taking this step, they said. 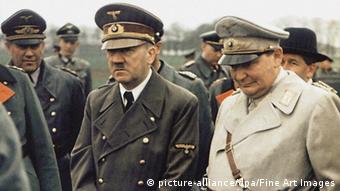 A gift for Hitler

The Guelph Treasure comprises 44 masterpieces of medieval church art that derive from the House of Guelph (or Welf), one of the oldest princely houses in Europe that amassed extensive art collections.

Having purchased the Guelph Treasure from the Welfen family in 1929, a consortium of Jewish art dealers sold single pieces the following year, before offloading the remaining 42 gilded and bejeweled works to the Prussian state for its own collection in 1935.

Based on a brief news piece published in a Baltimore newspaper in 1935, the heirs of the Jewish art dealers have claimed that Hermann Göring, the then Prime Minister of Prussia and head of the German air force, presented the treasure to Adolf Hitler as a personal gift. But the Prussian Cultural Heritage Foundation's extensive scholarly research on the provenance of the medieval relics has rather found that the items were specifically acquired for the Prussian State collection. 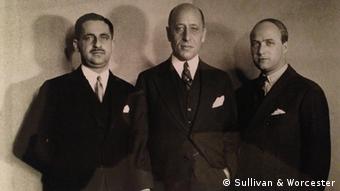 It is alleged, for instance, that one of the art dealers, Samy Rosenberg, received murder threats. His heirs argue that if he had not sold the treasure for the low market value set by the Nazis, he and his family would never have been taken out of Germany.

This appraisal of events was accepted by US judge Colleen Kollar-Kotelly, who on March 31, 2017 stated: "The taking of the Welfenschatz … bears a sufficient connection to genocide such that the alleged coerced sale may amount to a taking in violation of international law." Indeed, if the case comes under international law, the principle under which a sovereign state cannot be sued before the courts of another state will be irrelevant.

The key question in the upcoming lawsuit is whether every possible Nazi stolen art case must be investigated in detail or whether is it sufficient to presume that after Hitler's takeover of power in 1933, Jewish art dealers were gradually disenfranchised and thus were no longer on a level playing field in the art market. 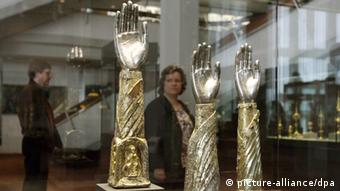 Relics of the treasure at the Museum of Decorative Arts

The Prussian Cultural Heritage Foundation argues with the former. It says that an appropriate price had been paid in 1935 as a global economic crisis had depressed the art market.

In response, the plaintiffs' attorneys Urbach and Stötzel argue that in 1935 it was not possible to have a "fair deal" for Jewish art dealers.

No law for stolen art cases in Germany

As early as 2008, attorneys representing the Jewish art dealers requested that the Prussian Cultural Heritage Foundation return the Guelph Treasure to the rightful owners. But in 2015, the so-called Limbach Commission of independent experts recommended that the treasure be left in Berlin, arguing that the price of 4.25 million reichsmarks paid in 1935 corresponded to the then market value. The attorneys representing the heirs of the Jewish art dealers say that they had no choice but to file lawsuits before a Washington DC court, as there is no legal basis for courts to consider restitution cases in Germany. The Limbach Commission can only make a recommendation that is not legally binding.

The acceptance of the Guelph Treasure case by the US court is not only unique, but could become the precedent for further such actions. As such, the burden of proof would no longer lie with the heirs of possibly disenfranchised art dealers or private owners. German museums would instead have to prove that they are legal owners of art works that came into their possession during the Nazi era.

The Prussian Cultural Heritage Foundation is the beginning. The Pinakothek museum in Munich could soon follow, with a lawsuit concerning several paintings by Jewish German artist Max Beckmann having also been filed in the US.

Corrections from December 8, 2020: This article previously stated that the collection was a gift from Hermann Göring to Adolf Hitler. It was corrected to refer to the fact that the claimants' information comes from a Baltimore newspaper; extensive scholarly research has rather found that the relics were acquired for the Prussian State collection. We apologize for the errors.