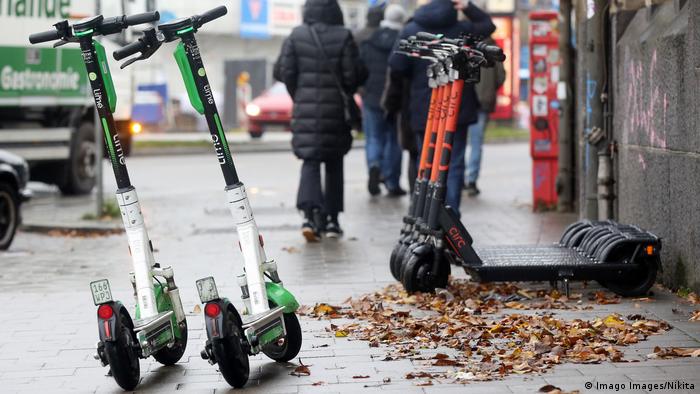 A 27-year-old man was stopped by police in the western German city of Cologne on Thursday after he rode an electric scooter onto the autobahn.

Authorities received numerous calls from concerned drivers around 2:20 a.m. (0120 GMT), saying that a man was driving an e-scooter on the shoulder of the A4 highway.

"The police located the man within a few minutes and put an end to a dangerous situation," Cologne police said in a statement.

A blood test showed the man was inebriated, with an alcohol level of 1.3 promille — more than twice the legal limit for car drivers.

News agency DPA reported that the man was carrying a bottle of beer when he was stopped by police, although Cologne authorities made no mention of the find in their statement.

E-scooters, which are limited to 20 kilometers (12 miles) per hour in Germany, are not permitted on autobahns.

Since they were given the regulatory green-light in June this year, electric scooters have continuously made headlines in Germany — particularly with cases involving drunk drivers and other inappropriate riding habits. Even Thursday's incident was not the first of its kind on an autobahn.

Activists are calling for a radical change to one of Germany's traditional spectacles, which recreates the last five days of Jesus. They want the actor playing Jesus to enter on an e-scooter, not on a donkey. (06.09.2019)

The German capital's fame as a cyclist's paradise has attracted many rental bikes companies. And now electric scooters have joined this fast-paced business race. The fight for this new market has started. (17.07.2019)