A man had his drivers' license revoked after police stopped him while drunkenly operating an e-scooter. The 29-year-old "yodeled" as he made his way through the streets of the central German city of Erfurt. 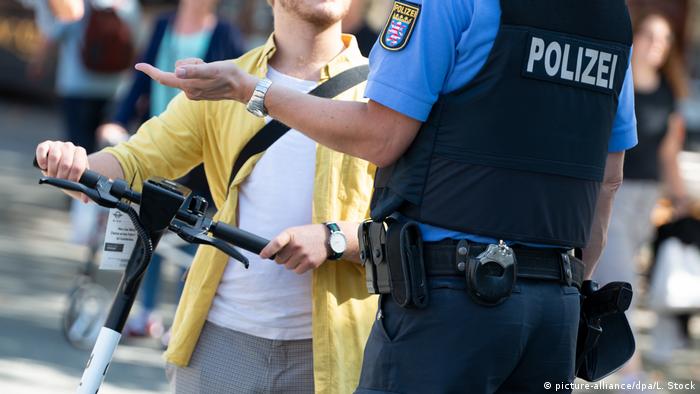 A man "yodeling and riding in large, unsteady curves" down the streets of the central German city of Erfurt was stopped by authorities early Saturday morning, according to a police report.

Traffic police conducted a blood test and discovered high levels of alcohol in the man's bloodstream. His driving license was immediately confiscated.

E-scooters are available in a number of cities across Europe, where they can be rented and used by members of the public. In Germany concerns are growing over recent injuries and fatalities associated with the scooters, often caused by intoxicated drivers.

Hundreds of thousands of e-scooters were rolled out across Germany in June 2019, following the example of many other European countries.

Drivers must be at least 14 years of age and the scooters' speed is limited to 20 kilometers per hour (12.4 mph).

E-scooters hit the headlines in September when a large number of injuries were linked to revelers at Munich's Oktoberfest using them. The "rollers," as they are colloquially known in German, were eventually banned from the festival grounds.