Italian and German police have launched raids against suspected members of the Sicilian Mafia, according to officials. Suspects nabbed in Germany have links to Turkish clans and Calabria's 'ndrangheta, authorities say. 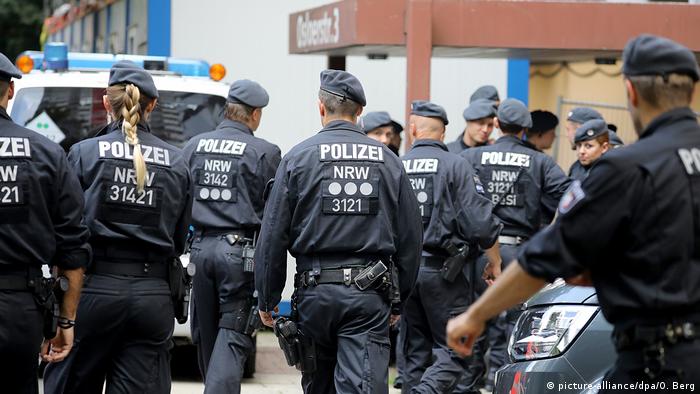 At least four members of a suspected Sicilian Mafia cell were arrested on drug-related charges in Germany, Italian officials said on Thursday.

Authorities believe that the detainees were smuggling drugs between Sicily, Rome and Germany.

About 100 officers from Italy and Germany had previously launched a joint anti-Mafia crackdown based on arrest warrants from the Sicilian town of Caltanissetta. Italian police arrested at least one person and were searching for another suspect in cooperation with colleagues from Germany. Five more suspects linked with the investigation had been detained or placed under house arrest before Thursday's crackdown.

Specialist German police units from the SEK raided an apartment in Cologne to detain three of the suspects overnight, according to Germany's public broadcaster WDR. Another suspect was captured further south, in Mannheim. The four people arrested are suspected of being members of the Rinzivillo clan, which is part of the Sicilian Mafia. The clan operates in the northwest German state of North Rhine-Westphalia, according to the DPA news agency.

The cell maintained contacts with Turkish-linked crime syndicates and also with the 'ndrangheta, which is a rival Mafia organization in southern Italy. Their contacts apparently included alleged mafia boss Antonio Strangio, who was arrested in Germany's Duisburg in 2017 after five years on the run.

In recent years, both the Sicilian Cosa Nostra and the Calabrian 'ndrangheta have developed extensive operations in Germany.