Voters will decide the fate of Chancellor Angela Merkel's CDU in three state-level elections Sunday. The polls could also lead to western Germany's first left-wing coalition between Social Democrats and the Left Party. 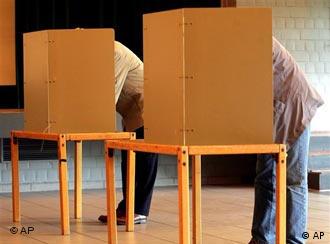 Voters in the former East German states of Saxony and Thuringia as well as the western German state of Saarland are electing new state parliaments. The elections are the last litmus test of voter sentiment for Germany's political parties before the September 27 national poll.

Early turnout data suggests that voter turnout was high in Saarland and Thuringia, reflecting contested and close races in those states, while turnout in Saxony was far below levels seen in the last election in 2004.

All three states are currently governed by Chancellor Merkel's center-right Christian Democratic Union. If the CDU manages to hold onto power, Merkel's already leading position in the federal election will be strengthened. Her opponents in the center-left Social Democratic Party (SPD), who are lagging in the polls, hope Sunday's results will reinvigorate the demoralized party.

Sunday's vote could also rewrite Germany's political map, with a left-wing coalition between the SPD and the Left Party possible in Saarland, the first such grouping in western Germany. The liberal Free Democrats (FDP), who want a coalition with the CDU on the national level, are also hoping to pick up votes and enter state governments Sunday.

Tillich ahead in Saxony

In a mirror of national politics, Saxony is currently governed by a grand coalition of the CDU and SPD. The latest opinion polls show the CDU, led by incumbent premier Stanislav Tillich, comfortably ahead. Tillich may have the luxury of choosing his next coalition partner if the CDU wins big. There are signs he could opt for a coalition with the FDP instead, previewing a similar alliance on the national level. 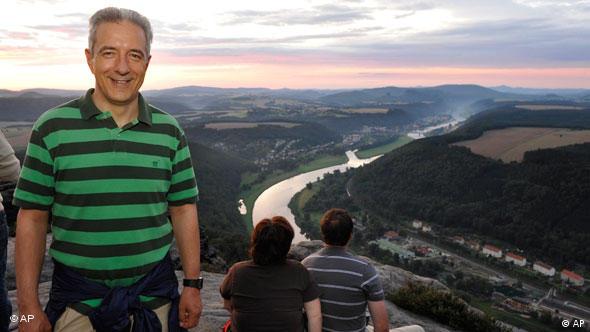 By contrast, the Left Party, descendants of former East Germany's ruling communist party, pulled in 23.6 percent. The FDP and Greens are also minor forces in Saxon politics, having respectively gotten only 5.9 and 5.1 percent of the vote in 2004, just skimming over the minimum five-percent hurdle for parliamentary representation.

Next door in Thuringia, the situation is more complicated as premier Dieter Althaus looks set to lose his absolute majority and has openly campaigned for a coalition with his preferred partner, the FDP.

Althaus's reputation has suffered since a ski accident last winter in which Althaus collided with a woman and killed her. 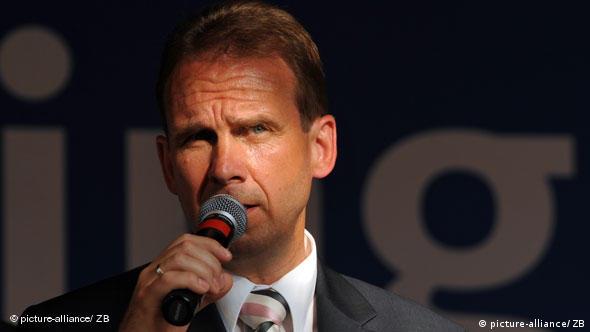 New term or not? That is the big question for Thuringia's State Premier Dieter Althaus

Less certain is who will come in second behind Althaus and the CDU. The SPD and the Left Party have been duelling for second place, but recent surveys show the Left Party pulling ahead. Polls also suggest the Greens and the FDP could fall short of the five percent hurdle and lose their seats in the state parliament.

Right-wing extremism cause for concern

In both Saxony and Thuringia, political observers are concerned that right-wing extremists might get a boost in part because of the timing of this year's elections.

With many Germans on summer vacation, low voter turnout could boost the chances of extremist parties, whose supporters are more motivated to vote.

Anything possible in Saarland

In the state of Saarland, in western Germany along the French border, the outcome is unclear. Experts see any number of potential coalitions, including alliances between the SPD and Left Party, the SPD, the Green Party and Left Party, the CDU and FDP, a grand coalition of the CDU and SPD, or a so-called Jamaica coalition (named for the respective colors of each party) comprising the CDU, FDP and Greens.

In any case, opinion polls suggest that incumbent CDU state premier, Peter Müller, like Althaus in Thuringia, may lose his absolute majority. 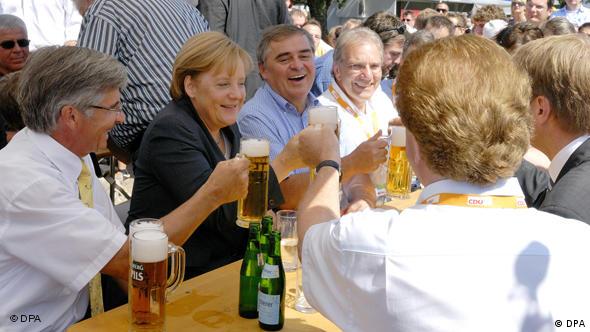 The Czar of the Saar: Peter Müller (center) on the campaign trail with Chancellor Angela Merkel

Political parties in four German states, which go to the polls on Sunday, are having a hard time persuading people to vote. The polls could have an impact on the federal election in September. (30.08.2009)

Veteran German left-winger Oskar Lafontaine was once premier of Saarland for the Social Democrats. Now he is fighting to recapture the state for their bitter rivals, the Left Party. (28.08.2009)

Saxony, Thuringia and Saarland go to the polls on Sunday. With a general election barely a month away, national party leaders are nervously anticipating results that will set the tone for the impending campaign. (28.08.2009)