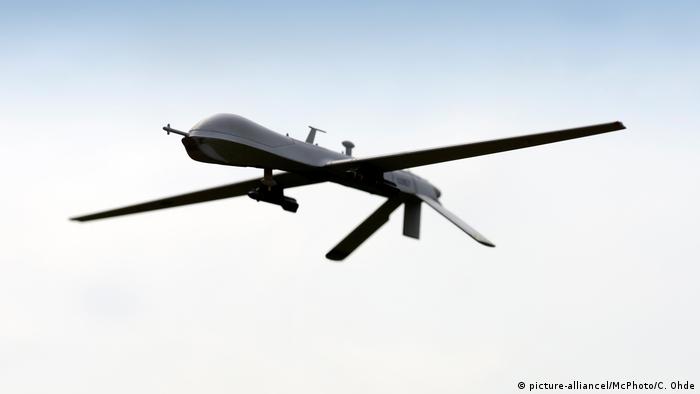 "You are controlling and steering an unmanned, remote-controlled aerial vehicle as its pilot," the advert says. "Your cockpit is located in a ground control station, which forms a single system when combined with the plane and the communication equipment. You control your drone via a state-of-the-art direct radio or satellite connection.You make decisions to ensure the flights are performed safely and effectively."

Before too long, though, this well-paid desk job (of sorts) with a trusted employer could also include decisions of life and death. For now at least, German military drones are unarmed reconnaissance birds only.

The grand coalition government combining Angela Merkel's Christian Democrats and the Social Democrats reached the following compromise wording in their coalition deal for the current legislative period: "We categorically reject killings that contravene international law, also using drones." This wording does not rule out arming German military drones, but several in German politics took it to point in this direction.

Defense Minister Annegret Kramp-Karrenbauer brought the issue back to the fore in December, after visiting German troops in Kunduz province, Afghanistan.

"If I'm to take the troops' wishes on board, and honestly I can understand them, then much speaks in favor of arming drones," Kramp-Karrenbauer said. "Here you have to seriously ask whether we are really willing not to deploy all the options that are available to us, bearing in mind that soldiers' lives are at stake." 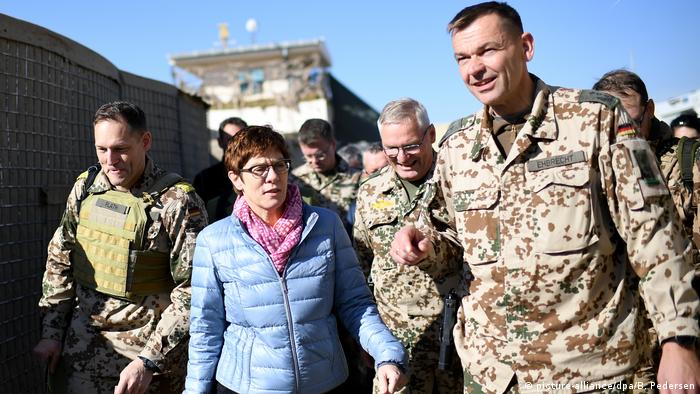 Kramp-Karrenbauer's comments courted considerable criticism. Eventually, rather like their vague wording on armed drones after 2017's election, the parties agreed to postpone the decision and to set up a hearing involving experts and politicians. It kicked off on Monday, May 11, with testimony from General Eberhard Zorn, inspector general of the Bundeswehr, setting out his case for arming drones alongside Christian Democrats who agree.

The toughest resistance is expected from opposition groups like the Greens and the Left Party. The discussion will also involve religious and legal experts, seeking to broaden the field from military strategy and politics to legal and ethical issues too.

For Nora Müller of the Körber Foundation, who will moderate the discussion and is therefore keen not to voice her opinion on the policy, the delayed discussion — held up by around two months by the coronavirus lockdown ± is overdue.

"Crises and conflicts have not been put on ice just because of the coronavirus pandemic" Müller said, adding that Germany has long needed renewed debate on what military and security measures it is willing to use. "And that involves the debate on using armed drones."

Kramp-Karrenbauer is now the third German defense minister to press this issue. It all began with Thomas de Maiziere, who famously advocated armed drones for the Bundeswehr, calling them "ethically neutral" weapons. Ursula von der Leyen, now in Brussels atop the European Commission, made a similar case in her tenure to little avail.

"Planes can be armed. So why can't unmanned flight systems do the same?" De Maiziere asked, arguing that it made little difference whether an airborne pilot or a person flying a drone made the call. To date, though, the Bundeswehr's drones are unarmed and for reconnaissance purposes only. 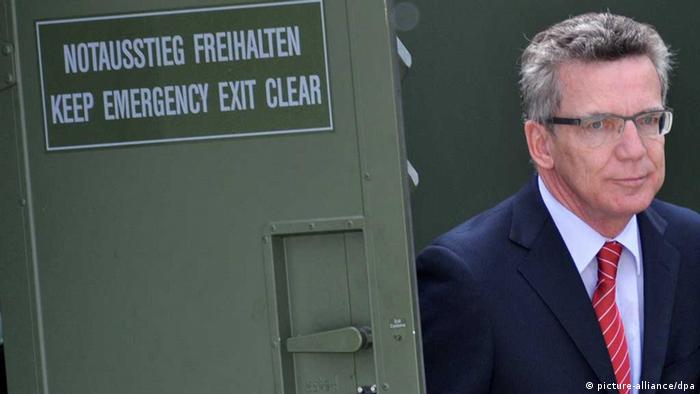 As former Defense Minister de Maiziere put it, 'it is always a person who decides whether to fire a rocket,' whether they are inside the plane or not

The roughly 1,300 German troops in Kunduz in Afghanistan currently rely on the Israeli-made Heron 1 drone. For better defense against enemy attacks, soldiers are lobbying for an upgrade to the Heron TP model, which has improved reconnaissance capabilities, a flight time of up to 36 hours, and can be armed with ease.

Drones can abide by or breach international law, rather like people

International law expert Heintschel von Heinegg doesn't see a problem in armed drones missions as such. For him, they are just another form of precision weapon. He says that applies particularly considering that all Bundeswehr drones currently have human pilots rather than being fully automated — with his focus far more on the operators and the commanders than the technology they use.

"The drones can be against specific military targets, so their deployment can be kept within the confines of international law," von Heinegg said. "Whether or not drone strikes contravene international law is entirely a question of the legality of how they were used in individual cases."

Peter Becker, with the German wing of the International Association of Lawyers against Nuclear Arms, has also been invited to speak at the hearing, and sees the matter rather differently. He believes drone warfare doesn't comply with international law and thinks the Defense Ministry is "on thin ice."

"The legal guidelines are so imprecise, that you would need a legal advisor present for every drone mission, who could evaluate whether it is permissible for the drone to fire or not," Becker said.

Becker alludes to a problem that four US soldiers raised with former President Barack Obama, the idea that soldiers lose some of their inhibitions and restraint when operating remotely all the time. The legal expert concedes that there might be individual cases where deploying armed drones helped keep German troops safer, but says this argument alone is insufficient.

"There is often too little clarity about the missions. It is a wholly different situation to the battlegrounds soldiers have learned to operate in," Becker believes. 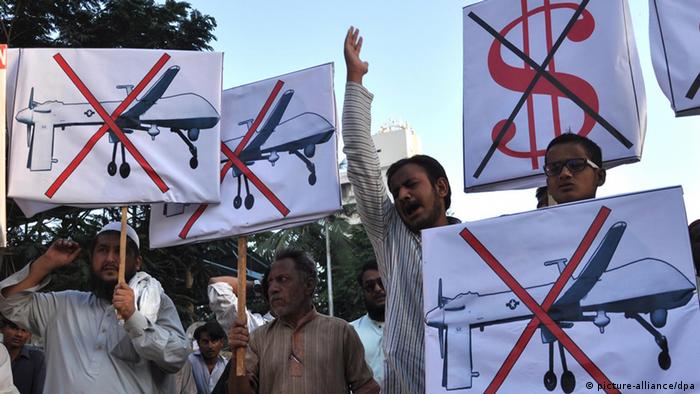 Politicians ducking this debate for almost a decade in Germany might well have something to do with US drone operations overseas. Hundreds have died, including civilians, in drone strikes in Pakistan, Afghanistan, Iraq and several countries in Africa in recent years, usually in some connection with the so-called war on terror.

"The rightly criticized US approach to using drones has made it almost impossible to have a rational discussion on arming German drones," according to military technology expert Ulrike Franke at the European Council on Foreign Relations.

During the roughly eight years it has been on the back burner here, Franke points out, seven other countries have procured or even developed armed drones of their own.