How the German military is fighting coronavirus | Germany | News and in-depth reporting from Berlin and beyond | DW | 26.03.2020

How the German military is fighting coronavirus 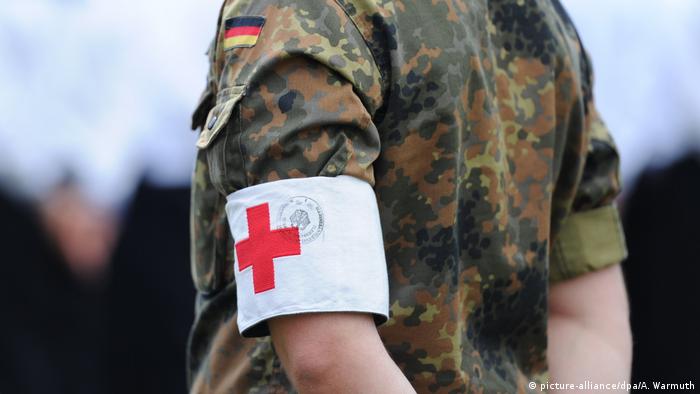 Social distancing, lockdown orders, self-isolating at home — soldiers are no strangers to these notions anymore either. The German military, like many other employers, has told any personnel who are able to carry out their work from a laptop at home that they must do so.

Likewise, the morning drills outside the barracks now take place not shoulder to shoulder, but spaced-out, with two-meter (two-yard) gaps. Tank drills, which normally involve several soldiers sitting together in close confinement, are being stripped down and canceled wherever possible. All this is being done according to the guidelines of the Robert Koch Institute, Germany's main public health agency.

The measures have consequences for Germany's military missions abroad: The contingent stationed in Afghanistan is being temporarily pared down, and a major maneuver has been canceled, as have all training units that are not essential for preparing for foreign missions.

In the midst of all this, the Bundeswehr is insisting that all its NATO obligations are still being fulfilled and that the military's combat readiness will be maintained throughout.

According to the German Defense Ministry, as of March 26, 160 soldiers have been infected with the virus, only two of whom required hospitalization. The majority have had only mild symptoms and are convalescing at home, while another 700 soldiers are in quarantine because they had contact with the soldiers infected. 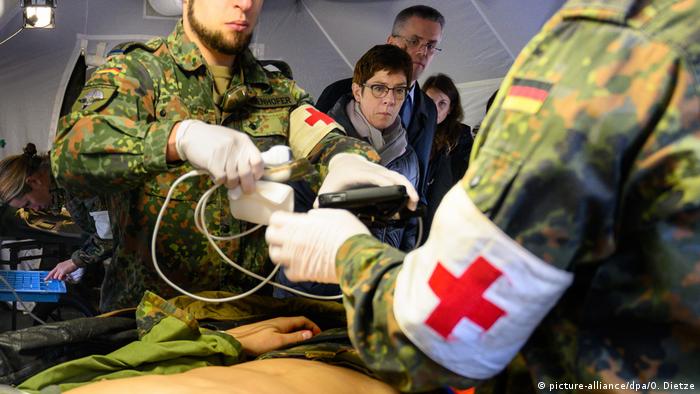 The Bundeswehr's medical units comprise around 20,000 soldiers, who are now in action preparing the military's five hospitals for what could be an intense period over the next few weeks. Altogether, these hospitals have 105 intensive care beds with ventilators, which is enough in normal circumstances, but not if the worst-case scenario unfolds. For that reason, the number of beds is now being increased.

'Helping where we can'

A spokeswoman for the medical service in the Defense Ministry is optimistic that the Bundeswehr can successfully support the civilian population if the crisis escalates. "We're well-prepared," she told DW. "And we're helping where we can."

As part of that support, the military's procurement office, normally responsible for buying weapons and equipment, now has €241 million ($261 million) allocated to find medical protective gear on the global market, which the Health Ministry is to distribute among clinics and doctors' offices across Germany.

On top of that, the Bundeswehr has already started to provide food, camp beds and mobile doctors' facilities and is storing medical goods in its barracks. A few weeks ago, 125 German civilians were also flown out of Wuhan province in China, the first epicenter of the coronavirus pandemic, in military planes. 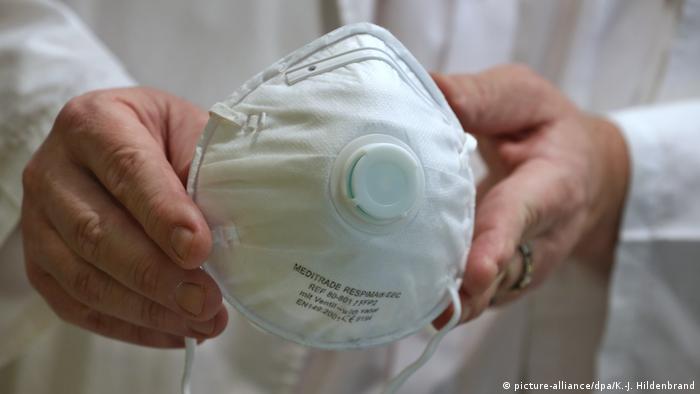 The Bundeswehr spokeswoman also said the military had been "positively surprised" that 6,000 reservists had volunteered to help in the crisis. These include some 240 medics, doctors, pharmacists and care workers who have now joined in the effort.

Patrick Sensburg, Christian Democrat parliamentarian and head of the German reservists' association, was also surprised and used the opportunity to call for a reintroduction of national service.

"We have found out, in this crisis, how valuable solidarity, public spirit and the oft-cited essential workers are," he told Die Welt newspaper. "These are precisely the values and the professions that would profit from public service."

But that is all a problem for the future. For now, what remains essential is making sure that the Bundeswehr is in a position to do what it can to help in the crisis.