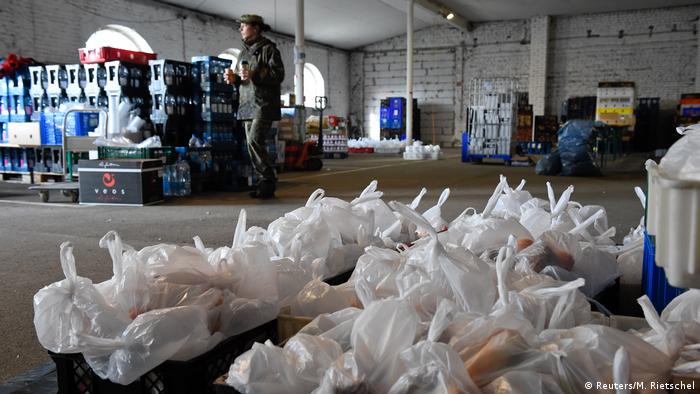 German Defense Minister Annegret Kramp-Karrenbauer is planning to mobilize reservists to augment Germany's military services as the authorities race to deal with the coronavirus outbreak.

"Everyone needs to be aware that this fight against the virus is a marathon," Kramp-Karrenbauer announced to a sparsely attended press conference that was shown on public TV station Phoenix. "And at the end it will come down to different capabilities being made available, and that will especially be a task for the Bundeswehr."

"In these difficult times, the citizens can rely on their Bundeswehr," she added. The Bundeswehr has already been deployed on various missions to help deal with the current crisis: military planes have been used to fly home German citizens from China, and soldiers have helped set up quarantine facilities in Germany.

Germany has around 180,000 soldiers in its standing army, plus 120,000 military reservists, who are only deployed on a voluntary basis. According to Inspector General Eberhard Zorn, the country's highest-ranking soldier, who flanked Kramp-Karrenbauer at the press conference, many need to obtain permission from their employers before being called up.

Some 2,336 reservists have already responded to calls to help with medical duties, Kramp-Karrenbauer said, around 1,000 of whom are now ready for deployment. Some 28,000 ordered reservists are also ready to be deployed doing tasks that they have specifically been trained for. 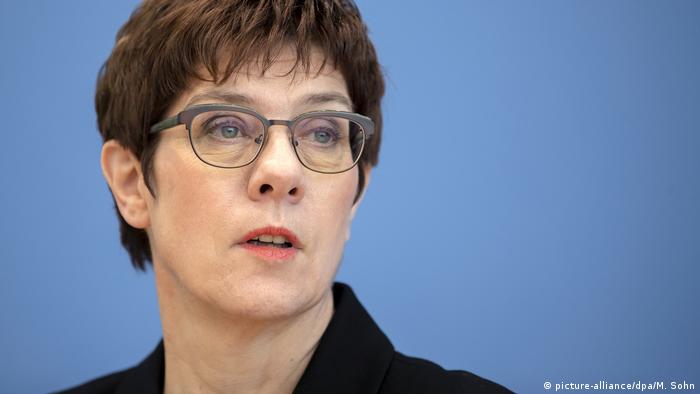 "In these difficult times, the citizens can rely on their Bundeswehr," Annegret Kramp-Karrenbauer said.

"Our medical service has implemented far-reaching measures in order to deal with the situation," she added. "That includes the availability of 1,200 isolated treatment facilities in the barracks of the medical care centers."

The German army has around 3,000 doctors, as well as five military hospitals, where isolation capacities have been increased, and where two-thirds of patients are usually civilians in any case.

After the press conference, German journalist and military expert Thomas Wiegold said Kramp-Karrenbauer appeared to be trying to manage expectations about the military's deployment. "She pointed out that the Bundeswehr's medical service only represented a relatively small part of Germany's health care system," he told DW. "It's not as though if there was a major disruption to the civilian health care system it could simply be replaced by the military."

Read more: Opinion: Merkel, the coronavirus revolution and us

"The question is what is necessary," Wiegold added. "We can't expect that 180,000 soldiers will simply be sent out onto the streets. They need people with certain skills."

The German constitution, or Basic Law, mandates that the Bundeswehr can only be deployed as a security force inside Germany when a state of emergency has been declared.

This has already caused a legal problem in the state of Thuringia, where the state authorities have asked the Bundeswehr to help at an asylum-seekers' home that has been placed under quarantine. Thuringian authorities maintain that the soldiers are only needed to "secure provisions for the approximately 500 inhabitants," not to guard the home itself, the DPA news agency reported.