Germany has noted "biased" reports on the EU from pro-Kremlin outlets, officials say. Authorities in Berlin are checking whether Russia is spreading anti-government propaganda in Germany, media report. 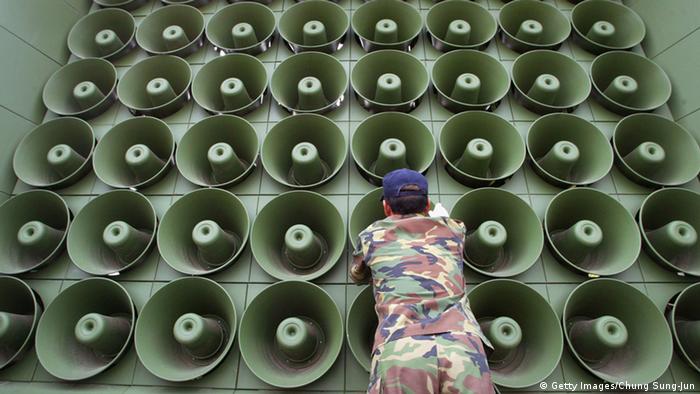 Senior officials are worried that Russia might be leading a disinformation campaign aimed at destabilizing Germany and weakening Chancellor Angela Merkel, media reported on Friday.

The government has ordered intelligence agencies to investigate the issue, according to an article in the Süddeutsche Zeitung (SZ). Chancellor Merkel herself is "interested" in the findings, the daily says, citing unnamed sources. The Foreign Ministry and the Office of German President Joachim Gauck are also believed to be awaiting results.

The reports came after several Eastern European governments accused the Kremlin of trying to sow discontent and deepen the divisions within the EU and individual member states.

Many German observers have also criticized reports from Russia on recent events in Germany, such as the sexual assaults in Cologne on New Year's Eve and the mass arrival of refugees.

Last month, Russian media published a widely circulated story about a young Russian girl who was allegedly kidnapped and raped in Berlin. Although the German police found no evidence of the events, the incident grew into an international row, with Russian Foreign Minister Sergey Lavrov claiming a "cover-up."

Some Russian websites have even alleged that the attacks in Cologne were organized by the US Central Intelligence Agency, SZ reported. According to those accounts, the American intelligence agency paid the assailants in heroin.

"We want to know if there is an agenda behind it," a source in the investigation reportedly told SZ.

According to the media, government experts worry that these reports might be part of a systematic propaganda push reminiscent of Cold War KGB methods.

There are also reported to be investigations into possible support for far-right groups in Germany by elements of the Russian state. Reports of such links have previously surfaced in France and Hungary.

Government spokeswoman Christiane Wirtz said she could neither confirm nor deny the reported investigation.

"I cannot provide information on the operational details of intelligence work," Wirtz told reporters in Berlin.

At the same time, Wirtz criticized the reporting of some Russian news outlets, specifically mentioning the Ukraine conflict and the alleged rape case in Berlin.

"We are certainly closely watching the increased activity of Russian media," Wirtz said, "and in certain areas one can definitely see biased reporting."

There is no evidence that Russian broadcasters had broken any laws in Germany, she said, adding that free speech remains protected by the constitution.

Media such as Russia Today and Sputnik are also active in German, with Russian news outlets reaching millions of ex-Soviet immigrants living in Germany. Most international Western media, including Deutsche Welle, also have specialized Russian-language departments.