German media blast US 'No' to no-spy agreement

After last year's media outrage was appeased by the prospect of a no-spy pact, recent reports that US-German talks are unlikely to lead to binding promises on the US side have once again stoked the German media fire. 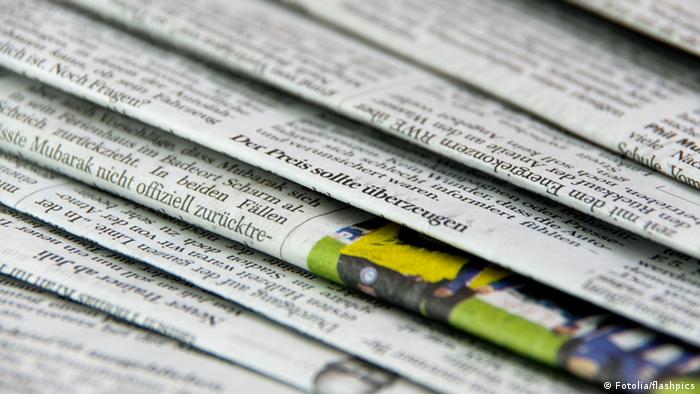 In a story that ran under the headline "The US lied to us," the Süddeutsche Zeitung (SZ), along with national public broadcaster NDR, reported on Monday (13.01.2013) that the planned no-spy agreement between the US and Germany was on course to fail, according to insiders.

On Tuesday (14.01.2013), the SZ voiced an expectation that US President Barack Obama could make a statement on reforms at the NSA this week, but claimed that these are likely to be "political declarations" rather than detailed agreements. An opinion piece also published in the Munich-based paper on Tuesday poured scorn on US justifications for refusing to come to a binding agreement, for example by pointing out that "The US refusal [to agree to stop spying on German politicians] shows that the fight against terrorism is only an excuse." The daily paper claimed that it was an illusion to think that the spying was an "aberration, an excess of the US intelligence agency alone, and not of US politics in toto", which it concludes must see itself as "above the law."

The national daily Die Welt hypothesized about possible ways to protect German privacy if the no-spy agreement really and truly falls through. Several German politicians interviewed by the paper suggest that technical advancements could prevent spying or at least make it more difficult. According to member of the Bundestag Wolfgang Bosbach one way would be to create a European Internet server, so that German internet traffic would no longer pass through US servers - along the lines of a similar suggestion made by Germany's Digital Infrastructure Minister Alexander Dobrindt. The paper also quotes a spokesman of the conservative CDU party, Stephan Mayer, who explains that such technical solutions would entail increased investment in the Federal Office for Information Security: "We need a bigger toolbox," he told Die Welt.

The Kölner Stadtanzeiger cautioned that the Süddeutsche Zeitung's claims, which it also reported, have not been "officially confirmed" and added that "German security politicians had been becoming less and less hopeful in the past weeks" anyway. The article also calls on Chancellor Angela Merkel to finally take a stand on the issue, rather than shirking her responsibilities, as she did at the height of the scandal last summer.

The weekly news magazine Stern went further in chastizing the government and Angela Merkel's politics in particular. It wrote that by refusing to guarantee that the NSA will stop spying on German politicians and adhere to German law in their missions in Germany, US President Obama has "conclusively downgraded Germany to a second-class ally," and is even labeling the country as a potential enemy. And since Merkel was depending on the negotiations over a no spy agreement to resolve the NSA scandal, Stern concludes that "The German state is not able to protect our civil rights. It can't even protect itself." And if Merkel "doesn't dare" to risk putting transatlantic relations on the line to "put up a fight," the NSA will have won, the newpaper said.