The European Parliament has wrapped up its inquiry into mass surveillance. In a draft report, politicians are being hard on all sides - the US government, the NSA, but also on hesitant EU governments and companies. 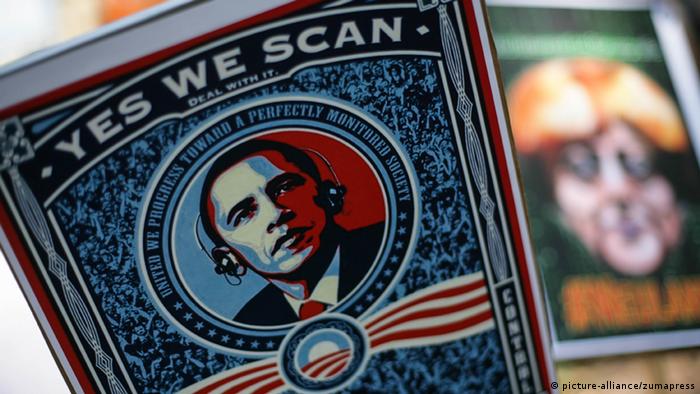 It was Thursday afternoon and the first week after the winter break – and it was hardly a surprise that only few seats were filled in room JAN 2Q2 at the European Parliament (EP) in Brussels. But Claude Moraes, British MEP from the group of Socialists and Social Democrats (S&D), woke the European Union from its winter slumber with a bang.

The rapporteur of the Committee on Civil Liberties, Justice and Home Affairs (LIBE) had come to present the 52-page draft report on the committee's inquiry into the NSA spying scandal and its implications on European citizens. The draft report is hard on all sides - including governments and companies in the EU.

The report summarizes the findings from the past six months. On page 16, the text says that the recent revelations in the press by whistleblowers and journalists, together with the expert evidence given during the inquiry, have resulted in "compelling evidence of the existence of far-reaching, complex and highly technologically advanced systems designed by US and some Member States' intelligence services to collect, store and analyze communication and location data and metadata of all citizens around the world on an unprecedented scale and in an indiscriminate and non-suspicion-based manner." 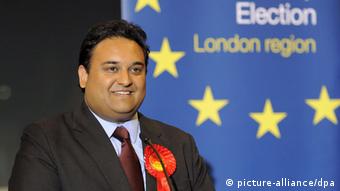 The authors explicitly point at Britain's signals intelligence agency GCHQ and its upstream surveillance activity (Tempora program) as well as decryption program (Edgehill), and add that it's quite likely that programs of a similar nature as the NSA's and GCHQ's exist - "even if on a more limited scale" - in countries like France, Germany and Sweden.

Claude Moraes and his fellow committee members drew their conclusions from hearing a variety of experts during the second half of 2013 - among them technology insiders, civil rights activists, legal experts, US politicians, former secret service employees and spokespeople of companies such as Microsoft and Yahoo. Journalist Glenn Greenwald also testified. He was the first to publish former NSA contractor Edward Snowden's revelations.

Fight against terrorism = a fig leaf

The fight against terrorism, according to the committee's draft report, can "never in itself be a justification for untargeted, secret and sometimes even illegal mass surveillance programs." Moraes and his fellow rapporteurs showed themselves unconvinced that the NSA's only goal is the fight against terrorism, as the US government has claimed. In their draft report, European politicians suspect that there are instead "other power motives," such as "political and economic espionage." 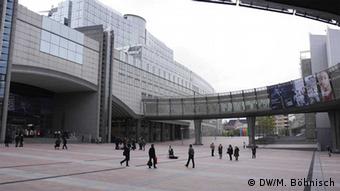 EU buildings' IT infrastructure must be better protected against political espionage, demand MEPs

Moraes wrote that "privacy is not a luxury right, but the ... foundation stone of a free and democratic society." Above all, the draft report condemns the "vast, systemic, blanket collection of the personal data of innocent people."

The authors add that mass surveillance has potentially severe effects on the freedoms of the press, thought and speech, as well as a significant potential for abuse of the information gathered against political adversaries. In a nutshell, Moraes said, surveillance programs are "yet another step towards the establishment of a fully fledged preventive state."

During Thursday's session, MEPs repeated the call to halt negotiations on the Transatlantic Trade and Investment Partnership with the United States. But Kilian Froitzhuber from German-language blog netzpolitik.org said he doesn't believe that talks will be suspended. He told DW he was glad, however, to see that "in the draft report, the committee announces that the European Parliament won't sign any agreement that doesn't explicitly protect the civil liberties of European citizens."

The committee expressed its intention to hear from Edward Snowden himself. But it's not clear whether that will happen. British Conservative MEP Timothy Kirkhope and others insisted Snowden has to appear in a live and interactive session rather than sending a recorded testimony. Kirkhope was among the LIBE committee members who have attempted to discredit Snowden, and on Thursday in a written statement he reiterated his belief that Snowden "has endangered lives."

Internet policy activist Froitzhuber said Snowden's appearance in an EP hearing "would probably not help bring about major new revelations, but it would be a great sign." 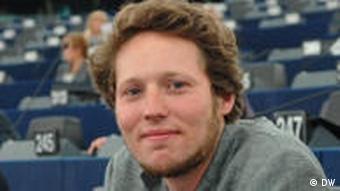 And MEP Jan-Philipp Albrecht from the Green group said it is vital to acknowledge Snowden's work as a whistleblower. The American, who has been granted asylum in Russia, should no longer be seen as a criminal, Albrecht told DW, adding that "Snowden has brought this all to light. I think it's very clear after this inquiry how huge this scandal is and that we would never have heard about it if Edward Snowden hadn't taken this step."

The European Parliament's committee inquiry into the spying scandal was the first of this scale. No individual EU country has looked into the scandal this thoroughly and no EU government has been as explicit in its criticism of the US government.

That's hardly a surprise, according to Froitzhuber, who told DW that "national governments in Europe are not interested in shedding light on the issue to this extent. The European Parliament is clearly more independent in this respect."

"This is a mature parliament when it comes to data protection and privacy," committee rapporteur Moraes said in summary. Over recent years, the European Parliament has undertaken extensive inquiries into data exchange agreements, such as Swift and Safe Harbor. But all too often, they have had little implications, the committee said.

The list of policy recommendations in the draft report is long: Countries like Germany ought to revise their laws so they're compatible with the basic right to privacy and data protection; parliamentary control bodies that look into secret service activities ought to be equipped with better technological know-how; and the EU's IT infrastructure ought to be better protected against attacks – even if that costs money - are just some of the recommendations.

Albrecht said he is convinced the inquiry has helped European citizens understand just how important European standards are for their civil liberties and the protection of privacy. This, he hopes, may ultimately lead to a higher voter turnout at the European elections coming up in May. "When they realize that they're invited to go to elections for the next EP I think they'll consider how this EP and the political groups have acted on the question of protecting their civil liberties in the European Union."

The LIBE committee will put its draft report up for debate at a session next Monday (13.01.2014) and up for a final vote on 23.01.2014. Sophie in 't Veld, a member of the LIBE committee from the Dutch Liberals, had this comment on Thursday: "We've been very naive, but if there are any hackers out there - you have until next week."

Go to the EU surveillance report