Two German parliamentarians have become Julian Assange's first visitors in the Ecuadorean Embassy in London since March. The Left party members say the WikiLeaks founder must be protected from extradition to the US. 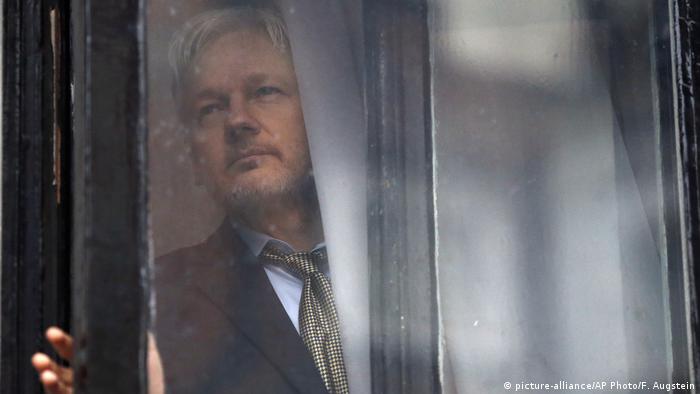 Two members of the German parliament, the Bundestag, visited Julian Assange in the Ecuadorean Embassy in London on Thursday to pass on their "greetings of solidarity from the [opposition] Left party and his many supporters from Germany," and to discuss the possibility of a "humanitarian solution" to the WikiLeaks founder's legal situation.

Sevim Dagdelen and Heike Hänsel, who also sit on the Bundestag's foreign affairs committee, traveled to London as Ecuador increases the pressure to end Assange's six-year stay in the embassy.

"He was really happy to see us, he hugged us tightly when we left," Dagdelen told DW after the hourlong meeting, which she said was his first visit from parliamentarians in at least eight months. "It was obvious that he was happy about our visit." 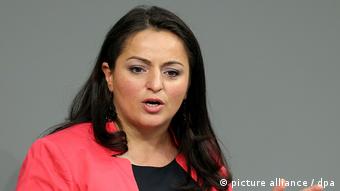 She added that he had been presented with an eight-page "strict set of rules" by embassy staff, that for several months he had had no internet and only limited use of a phone, and "80 percent of the time he is still isolated," because he is only allowed to receive visitors on weekdays during office hours. He is also forbidden from making any public political statements. "That's not his choice," she said. "Any breach of these rules can lead to an immediate end to his political asylum in the embassy."

Assange is currently suing the Ecuadorean authorities to improve these conditions. "This is all evidence that his life is being made difficult in his asylum," she said. "Nowhere in the western world is there a journalist who has been detained like this. I have never seen a case of someone with asylum being forbidden from expressing their opinions. This is not acceptable under international law. So I think Europe must act in this situation."

Though Assange was granted Ecuadorean citizenship in December 2017, his relations with the government are often fraught. His internet access was temporarily cut off in 2016 because WikiLeaks had released documents "impacting on the US election campaign."

These were believed to include the transcripts of speeches presidential candidate Hillary Clinton made to Goldman Sachs as well as personal emails by Clinton's campaign chairman John Podesta. 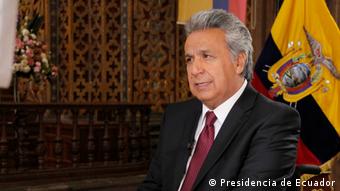 In early December, Ecuadorean President Lenin Moreno said that the "road is clear for Mr. Assange to leave," on the grounds that he had received assurances from the British government that Assange would not be extradited to a country where he might face the death penalty.

But Dagdelen said Assange did not trust the authorities. "The guarantees that are being talked about haven't been officially confirmed," she said. "So I can understand that Julian fears that he will be extradited to the US."

In a statement released after the visit, Dagdelen said that Assange and WikiLeaks had "made history" and deserved to be rewarded for their work to uncover war crimes, rather than face "political persecution."

Assange claimed asylum in the embassy in 2012, having breached his bail conditions in the UK over rape and sexual assault charges made by Swedish prosecutors in 2010.

These charges were dropped in 2017, though Assange insists that he will face arrest and extradition to the US if he leaves the embassy. US prosecutors accidentally revealed the existence of criminal charges against Assange earlier this year in records found in an unrelated case in a Virginia court.

Assange also disputes the validity of the British arrest warrant against him, since under international law he was entitled to seek political asylum. "Assange did not violate any bail conditions because it's not illegal to go into an embassy and apply for asylum," said Dagdelen. "We urgently need a solution that guarantees his health and safety."

Hundreds of members of the Syrian Civil Defense aid organization have been evacuated from Syria. Its director told DW that the aid workers are in grave danger due to regime attacks. (24.07.2018)

A computer, a treadmill, a cat - Julian Assange does not have many diversions. The WikiLeaks founder has been holed up at the Ecuadorean Embassy in London since 2012, with no sign he will be able to leave anytime soon. (19.06.2017)

Though Noam Chomsky has made his name as arguably the foremost political dissident of the last half a century, his intellectual legacy is firstly as a linguist. At the age of 90, he continues to talk the talk. (07.12.2018)