The existence of an indictment against WikiLeaks founder Julian Assange has been revealed, apparently inadvertently. The nature of the charges remains unknown. 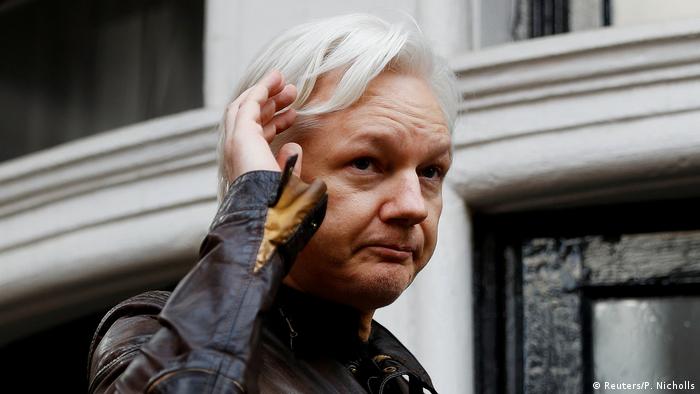 US prosecutors have revealed the existence of a sealed indictment against Julian Assange, whose website WikiLeaks first gained notoriety when it published a trove of classified US government documents in 2010.

The disclosure came after Assistant US Attorney Kellen Dwyer made an unrelated filing on Thursday that contained passages urging a judge to keep the filing against Assange sealed.

The document filed to the District Court in Alexandria, Virginia, said that "due to the sophistication of the defendant and the publicity surrounding the case, no other procedure is likely to keep confidential the fact that Assange has been charged."

It also said that the charges would "need to remain sealed until Assange is arrested."

A spokesman for the U.S. attorney's office in Alexandria, Joshua Stueve, said the passages mentioning Assange had been erroneously included in the filing.

The document was related to a separate criminal case involving a 29-year-old man charged with enticing a 15-year-old girl to commit sex acts and to produce child pornography.

It remains unclear what charges are faced by Assange, who has been holed up in Ecuador's London embassy since 2012.

Assange took refuge in the embassy in the face of efforts to extradite him from Britain to Sweden to be questioned over sexual molestation allegations.

He has regularly asserted that US prosecutors have filed secret criminal charges against him and voiced concern that Sweden could extradite him to the US.

Officials in the current administration of US President Donald Trump have publicly called for Assange to be aggressively prosecuted over the leak of the government documents, some of which contained sensitive material about the wars in Afghanistan and Iraq.