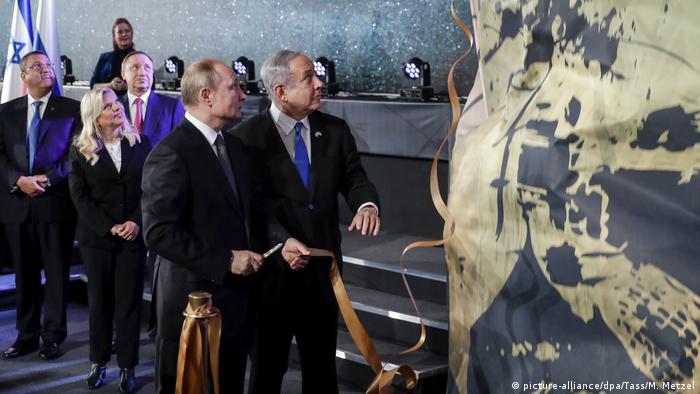 A commentator for German public broadcaster HR has come under fire after accusing Russia and Israel of "seizing" control a ceremony held Thursday at Yad Vashem, the World Holocaust Remembrance Center, to mark the 75th anniversary of the liberation of the Auschwitz concentration camp by the Red Army.

While praising German President Frank-Walter Steinmeier's speech as "moving and empathic," Sabine Müller said Russia and Israel used the ceremony for their own political and memorial "private party."

Poland's president withdrew from Thursday's ceremony due to Putin's prominent role in the event.

Israel and Poland, meanwhile, have traded a war of words over a law enacted by Warsaw that makes it illegal to label the Nazi concentration camps as Polish. Israel's foreign minister accused Polish people last year of harboring “innate” anti-Semitism. 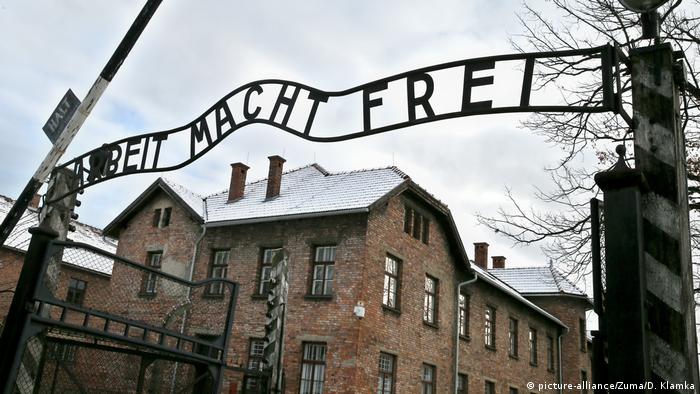 1.1 million of the 1.3 million people sent to Auschwitz during World War II were killed in its gas chambers

Müller's opinion article also took aim at Russia and Israel for "mercilessly" covering the opening of a memorial in Jerusalem to commemorate the victims of the siege of Leningrad.

Along with the Holocaust, the two-and-a-half-year siege was one of the most horrifying episodes of World War II, which saw more than 750,000 residents of the city, now known as St. Petersburg, die either of hunger or from the conflict.

"What should have been a worthy day ... left a bad aftertaste," Müller wrote.

Müller's comments were quickly rounded upon on social media. Ran Ronen, a board member of Germany's Central Council of Jews, said the far-right Alternative for Germany party would be "pleased with such a contribution" from a publicly funded broadcaster. He accused Müller's commentary of crossing "every line of reason and morality."

Jenny Havermann, founder of the German-Israeli Innovation Network accused Müller of forgetting "that we can't celebrate this day [the liberation of Auschwitz] without Israel and Russia." She said the journalist's "aversion to Netanyahu and Putin is inappropriate here."

Sergey Lagodinsky, an MEP for Germany's Green Party’s described the journalist of having "incredible chutzpah" for making the comments.

President Steinmeier has met with Holocaust survivors ahead of the World Holocaust Forum commemorating the liberation of Auschwitz 75 years ago. He also underscored the need to fight anti-Semitism around the world. (22.01.2020)