Intelligence agencies said they have been monitoring suspects' computers via the Internet, but lawmakers called for an immediate stop to the controversial practice. 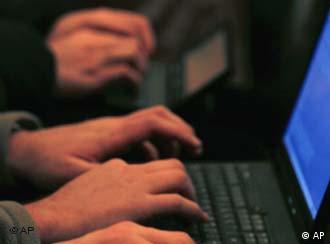 For the past two years, intelligence agencies have been monitoring suspects’ computers via the Internet, according to statements attributed to Klaus-Dieter Fritsche, the secret-service coordinator in the chancellor’s office.

Members of the Bundestag's interior affairs committee, who were present at a meeting of the committee on Wednesday, reported Fritsche’s comments to the press. Representatives from all political parties criticized the highly controversial practice as unlawful.

Germany’s commissioner for data protection, Peter Schaar, told AFP news service he thinks the practice is anti-constitutional, and said the matter would be looked into immediately.

The chancellor’s office said that in light of terrorism threats, examining PC hard drives is an "important intelligence tool." It also said computer monitoring played a role in deployment planning in the German armed forces, the Bundeswehr, according to parliament records. 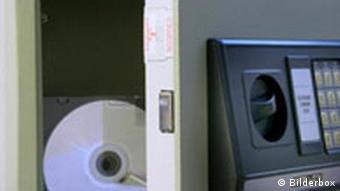 How far is too far? Government spies have been accessing private data via the internet

Computer-monitoring by Germany’s interior intelligence agency, the Federal Office for the Protection of the Constitution (BfV) has been possible since the prior interior minister, Otto Schily, altered regulations to allow it, in June, 2005. According to the Chancellor’s office, a decision by the German Federal Court in January, 2007, which allowed for online data searches to be prosecuted, does not apply to the Federal Intelligence Service (BND).

Social Democratic interior committee chairman, Sebastian Edathy, told AFP that Schily’s regulations were "not a sustainable (legal) basis." The number of searches undertaken were only "in the single digits," he said, but added that the parliament needed to give a "clear sign" that there are still insufficient legal grounds for carrying out such searches.

He also said he could imagine allowing such monitoring in particularly grievous cases, but then only under oversight of the court.

Interior Minister Schäuble told parliament that online data searches should not be allowed without a legal foundation. If the searches violate Article 13 of the German basic law, which governs privacy, "then let’s think about whether we want to expand Article 13," he said. Following the German federal court’s decision, Schäuble had lobbied hard for a legal provision to allow police to do on-line searches.

The interior experts for the CDU/CSU, Hans-Peter Uhl and Ralf Göbel, called the intelligence agency searches were "legally questionable." The measures are absolutely necessary, but they need a "sustainable legal basis," they said in a statement. The Social Democrats reproached them that the statements were meant to imply the SPD is opposed to online searches, although "they themselves started the searches." 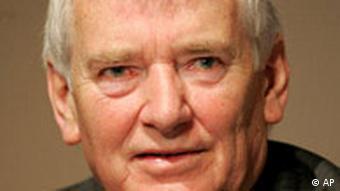 "It is simply anti-constitutional," she said.

Max Stadler, interior expert from the liberal FDP party, called for the German government to terminate the searches instantly.

"Lawmakers should keep their hands off of online searches," he told the Süddeutsche Zeitung newspaper.

The German Federal Court of Justice has ruled that computers cannot be searched without their owners knowledge. DW-WORLD.DE spoke to security expert Jürgen Schmidt about civil rights and the state (06.02.2007)