From a military point of view, the "Islamic State" has been defeated in the Middle East. However, the group remains a dangerous terrorist organization in the West, warns Germany's domestic intelligence agency. 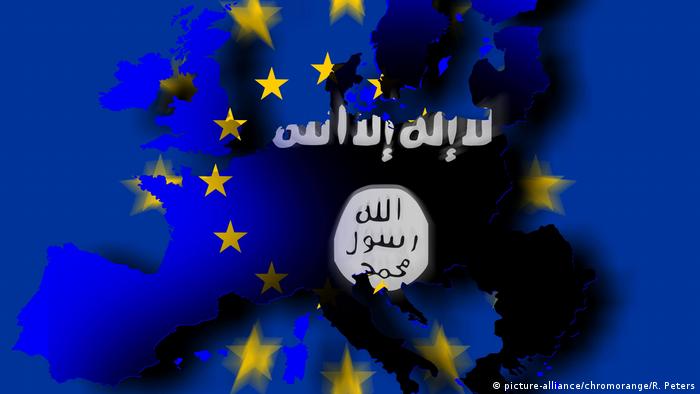 It was the first time that Thomas Haldenwang, president of the Federal Office for the Protection of the Constitution, or BfV, had hosted his agency's traditional symposium. The event on Monday in Berlin was titled "Mobilization Capability in Political Extremism" — referring to issues beyond Islamic extremists, the group that was almost the exclusive the focus under his predecessor, Hans-Georg Maassen. Haldenwang also put right-wing and left-wing extremists on the agenda.

Despite this shift in focus, Haldenwang neither ignored nor trivialized religiously motivated extremism. People should not be deceived by the fact that the "Islamic State" has suffered a military defeat in Syria and Iraq, he said. Referring to the Easter attacks in Sri Lanka that left several hundred people dead, Haldenwang added that IS has gone underground as a terrorist organization and said he feared the group's attacks could inspire potential imitators in other regions of the world.

IS followers in Western Europe have been spreading propaganda — including in Germany. "This propaganda continues to call for attacks on Western targets," Haldenwang told DW. "Unfortunately, we know of enough Islamic terrorists who are pursuing these plans." The last — and most serious — such attack in Germany occurred in December 2016, when Anis Amri, a Tunisian national, killed 12 people after driving a truck into a Berlin Christmas market.

The BfV also noted a "new dynamic" among right-wing extremists: They address certain issues to get close to ordinary citizens and poison the atmosphere with propaganda and disinformation. The escalating xenophobic protests after the violent death of a German in the summer of 2018 in the city of Chemnitz is a perfect example, Haldenwang said — the suspects were from Syria and Iraq. Protests went on for days. Boundaries were flouted, Haldenwang said. 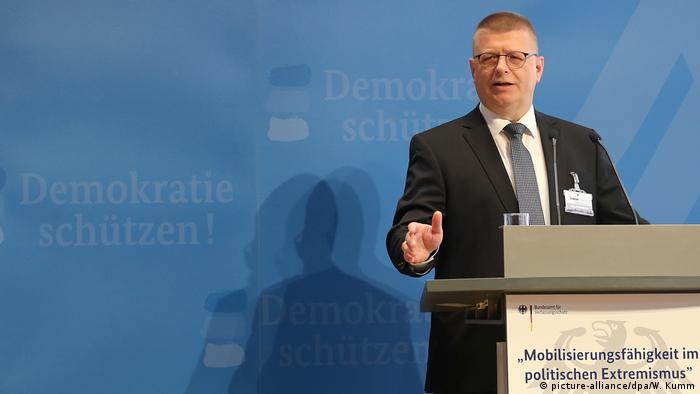 Haldenwang noted a 'new dynamic' among right-wing extremists in Germany

Without naming names, Haldenwang reminded the symposium that "certain parties" in Germany's parliament, the Bundestag, are taken with xenophobia and hatred of immigrants. Noisy protest "fuels extremist groups," he said, adding that is why the far-right Alternative for Germany (AfD) party's youth organization, as well as a wing of the party linked to Thuringian AfD boss Björn Höcke, are under suspicion. In both cases, Haldenwang said the agency knows there have been extremist activities.

The BfV plans to monitor an AfD gathering planned for early July. Observing participation, behavior and speeches is bound to be a "very interesting source of knowledge" for the agency, Haldenwang said.

What about the NPD?

The fact that the far-right scene as a whole in Germany is widening its networks, mainly through the internet, is not a new realization — but it is becoming increasingly important for the BfV. It is often unclear who is doing business with whom, including with the ultranationalist National Democratic Party (NPD), a group almost entirely forgotten. Labeled unconstitutional by Germany's Federal Constitutional Court in 2017, the party was not banned outright, because the judges felt it was too insignificant for subversion. However, Haldenwang said he could not rule out that former NPD members and supporters are on the lookout for new organizations.