State prosecutors have charged an Islamist with planning a bomb attack in Germany alongside Anis Amri. The plot to "kill as many people as possible," was foiled by police in 2016. 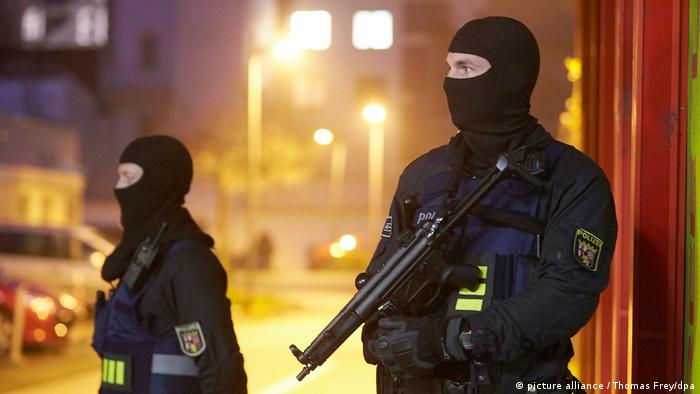 A 31-year-old Russian who knew Berlin Christmas market attacker Anis Amri has been charged with alleged plans to carry out a bombing, German federal prosecutors said on Tuesday.

Magomed-Ali C, whose full name was not disclosed due to German privacy laws, wanted to "kill or at least injure as many people as possible" in a terrorist attack, prosecutors said. He was arrested in August pending investigations.

The plan involved Magomed-Ali C and a French national, Clement B, who was earlier arrested in 2017 in France for plotting a terrorist attack. The two procured or produced the explosive TATP in a Berlin apartment in October 2016, prosecutors said.

Amri, a Tunisian national who killed 12 people in a December 19, 2016 truck attack on a Berlin Christmas market, was also allegedly in contact with the other two Islamists around this time.

However, the plans for the bombing were cancelled because the Islamists were alarmed following a police visit at one point to Magomed-Ali C. The terrorist cell later separated.

Prosecutors said Magomed-Ali C. and Clement B. were unaware of Amri's plans. Amri fled after the Christmas market attack to Italy, where he was shot and killed by police.

The charges against Magomed-Ali C come as a parliamentary probe is examining shortcomings in the investigation of the Berlin attack.

The interior ministry has come under fire for the hasty deportation of Tunisian Bilel Ben Ammar, who had dinner with Amri the night before the Christmas market attack and may have been in Nice around the time of the July 14, 2016 truck ramming in the French city that killed 86 people.

Many European Islamist terrorists have a criminal background and were radicalized in jail. The head of Germany's prison officer union, René Müller, says German prisons need more resources to tackle the problem. (13.12.2018)

Despite the use of several informants, police weren’t able to stop terrorist Anis Amri. Still, authorities continue to rely on such sources. How does it work? What do they get paid? DW asks the experts. (15.11.2018)

A German court has issued an arrest warrant for a 32-year-old Tunisian IS member who allegedly led Anis Amri to drive a truck into a Berlin Christmas market, German media say. Amri messaged the man from the stolen truck. (06.07.2018)