A friend of Anis Amri who was deported to his native Tunisia following the 2016 Berlin Christmas market attack may have been in Nice around the time of the Bastille Day truck attack, German media have reported. 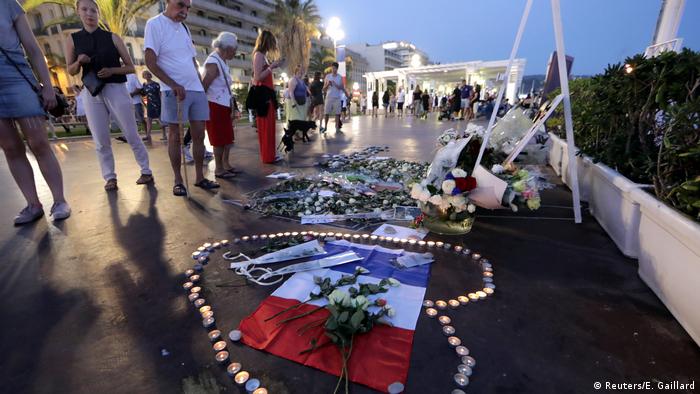 According to a German criminal police document seen by the dpa news agency, Bilal Ben Ammar met with Anis Amri the night before he killed 12 people in a truck attack at Berlin's Breitscheidplatz on December 19, 2016.

Media outlets ARD, Rundfunk Berlin-Brandenburg (RBB) and the Berliner Morgenpost reported that Ammar may have also been in Nice around the time of the July 14, 2016 truck ramming attack that killed 86 people.

RBB presented a screenshot obtained from German police documents that showed Ammar had a boarding pass on his phone for a flight from Berlin to Nice dated July 6, 2016 — eight days before the Nice attack. The name on the boarding pass was an alias.

Ammar applied for asylum in Germany under different names and separately claimed to be from Morocco, Egypt and Libya.

Investigators found the boarding pass on Ammar's confiscated phone after he had already been deported to Tunisia, Amri's home country. Other photos on the phone showed Ammar in Paris with friends in the days before and after the Nice attack.

The Islamist attacker in Nice used a truck to run down people on Nice's beach boulevard and had scouted the area beforehand. Like Ammar and Amri, he was Tunisian.

It's unclear if Ammar had any contact with the Nice attacker, who is suspected of having had accomplices.

Ammar's hasty deportation from Germany has come under renewed scrutiny as a parliamentary inquiry examines shortcomings in the handling of Amri and the investigation into the Berlin attack.

Following his deportation, German police had zeroed in on Ammar as a potential terrorism suspect who may have been planning another attack.

There have also been media reports that Ammar worked for Moroccan intelligence, something German authorities have denied.

The information, provided by Italian police, was apparently released just two weeks after the terror attack. It suggests Amri was part of a Salafist cell that helped him in the attack. (15.12.2018)

Turkey and Greece hit by severe earthquake 37m ago