′Terrorist accomplice′ in Anis Amri Berlin attack deported, according to report | Germany | News and in-depth reporting from Berlin and beyond | DW | 22.02.2019

Germany deported a key suspect in the 2016 Berlin Christmas market attack before he was questioned, according to leaked documents. But authorities denied reports that Bilel Ben Ammar worked for Moroccan intelligence. 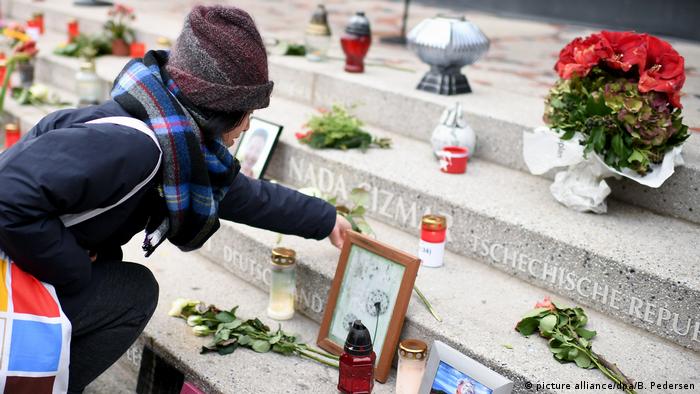 German authorities deported a Moroccan secret agent to hide his involvement in the December 2016 Christmas market attack in Berlin, according to an internal document leaked to the German magazine Focus.

However, sources within German security forces have since told public broadcaster ARD that they had no evidence that Ammar worked for any foreign intelligence agency, and were angered at the suggestion that German authorities may have protected him.

Bilel Ben Ammar, himself considered a radical Islamist who was once believed to be planning a separate attack in Berlin, was an associate of Anis Amri, the Tunisian man who drove a stolen truck into a crowded Christmas market in central Berlin. The attack killed 12 people, injuring 60 more, while Amri himself was killed by police a few days later in Italy.

According to the document seen by Focus, Ammar met Amri a day before the attack, and took photos of the market in its aftermath, which he sent to an unknown phone number two hours later.

Ammar may even have helped the attacker to escape; CCTV footage mentioned in the document showed a man "with the appearance of Ben Ammar" hit a man on the head with a piece of wood in order to clear a path for the escaping attacker. The man is still in a coma now, Focus reported.

All this would be new evidence for the parliamentary committee tasked with investigating the attack, whose members have no knowledge of the video, though they did not rule out that it exists. 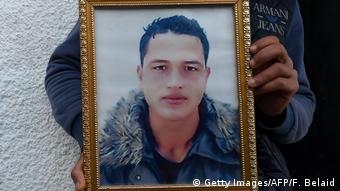 The report goes on to say that nine days later, the decision was made to get Ammar, both a suspect and an informant for the Moroccan intelligence agency, out of the country.

"From the security authorities and the Federal Interior Ministry there is a significant interest in making sure the deportation is successful," read an e-mail sent to federal police and seen by Focus. Ammar was taken from a cell in Berlin and flown to Tunisia on February 1, 2017.

Benjamin Strasser, a committee member and parliamentarian for the Free Democratic Party (FDP), pointed out some of the many inconsistencies in the government's actions.

"With Amri we were told that it took months to get a deportation, then in the case of Ben Ammar it happens very suddenly," he told DW.

Both Strasser and the Green party's Konstantin von Notz, also on the committee, called the government's procedure and excuses "highly dubious." Strasser also added that the government and the security forces were using "tactics of trickery, deception, and hiding," to make their work difficult. He said they were being sent redacted files and were met with refusal to send important witnesses, such as contact men for the informants in Berlin's Islamist scene.

At the parliamentary committee hearing on Thursday, the Berlin state police director at the time of the attack, only referred to as Axel B., testified that Ben Ammar himself became a terrorist suspect in November 2015, over a year before Amri's attack.

Germany's central "terrorist defense center" (GTAZ), which coordinates federal and state police information, told Berlin police that Ben Ammar was planning an attack with another Islamist. But a subsequent raid, involving some 200 officers, could uncover no evidence, much to Axel B.'s consternation, he said.

The police director said he did not know why Ben Ammar had been deported, but added that he did not believe Amri had acted alone.

In Friday's regular government press conference, Interior Ministry spokeswoman Eleonore Petermann denied all knowledge of the CCTV footage. Then, much to the incredulity of reporters, said she did not know what, if anything, was known in her department about the truth of the Focus report.

She did say that there certainly would have been "good reasons" for the deportation, and that Interior Minister Horst Seehofer had ordered an investigation into the information in the Focus report. The report has drawn anger from several members of the parliamentary committee.

"This is an extremely disturbing case," said Martina Renner, the Left party parliamentarian on the committee. "At the time the investigations were not yet completed … which means the criminal prosecution and possibly the prosecution against this potential terrorist helper were essentially sabotaged."

Renner added that there were two indications that supported the Focus report. "For one thing we have evidence from the Moroccan secret service shortly before the attack, and they are very precise: they said, Amri was planning an attack," she told DW. "They say with which jihadis he was in contact, and there are photos. This would certainly support the theory that the source that gathered all this information was in Amri's circle, and may have been in contact with him in Berlin."

The committee is now taking steps to make sure Ben Ammar is questioned again, though it remains unclear where he actually is. Strasser said there were "rumors" that he was in prison. "It's the German government's job to find that out, since they are also responsible for him leaving the country so quickly," he said.

Invisible and dangerous: The Salafist scene in North Rhine-Westphalia

There are more Salafists in North Rhine-Westphalia than in any other German state. The scene has all but vanished from the public eye in its stronghold. But it is still very active, as DW is told by numerous sources. (22.10.2018)

German politicians have descended into a row over why the Berlin Christmas market attack was not prevented. Security forces are being pressed to explain why Anis Amri had not been detained earlier. (29.03.2017)