As economic sanctions against Iran are lifted, so too are Germans' hopes of increasing bilateral trade with the Islamic Republic. Companies big and small are jostling to get a piece of the action. 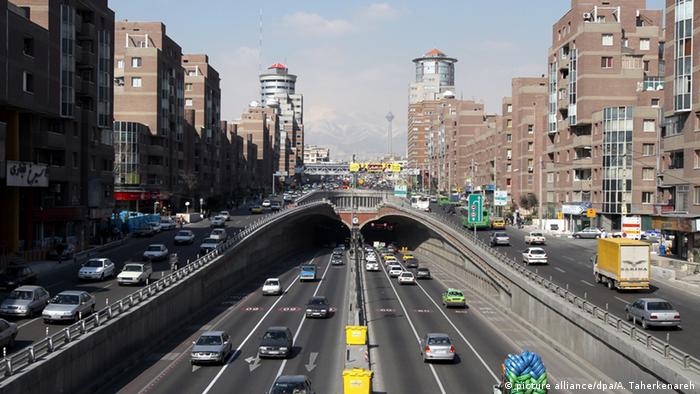 The day sanctions against Iran were lifted was an "historic day," in the words of German Foreign Minister Frank-Walter Steinmeier, not least because in the 12 years of negotiations over that country's nuclear program, "we were on the brink of war often enough."

For all the diplomatic praise, Germany's chief diplomat also articulated what many businessmen in Europe's largest economy were already thinking.

"There are opportunities for the German economy," Steinmeier said.

Siemens wants to sell Tehran the trains it needs to upgrade its transportation infrastructure, and Mercedes wants to deliver trucks. Herrenknecht, a Swabian manufacturer of supersized tunnel drills, wants to provide Iran the equipment it needs to expand its subway networks.

In Germany, the companies eager to get a piece of the action in Iran range from small to big to biggest. The European aerospace giant EADS can count on orders for 114 new planes, according to Iranian Transport Minister Abbas Achundi.

In the past week, Siemens signed its first contracts with Iran in years. The German engineering giant is hoping to make billions off its dealings with the Islamic Republic once it modernizes its railway system.

Mercedes' parent company Daimler has also announced an agreement with two partners in Iran to secure a re-entry into the market there. In the next three to five years, Daimler said, quoting Iran's transport ministry, some 56,000 new utility vehicles will need to be modernized.

Oil has fallen below $28 a barrel for the first time in more than a decade. A supply glut coupled with the lifting of sanctions on Iran are believed to have caused the price to plummet. (18.01.2016)

The European Union and the US have lifted their economic sanctions against Iran. The decision comes after the UN atomic watchdog announced that Tehran had complied with the terms of last July's landmark nuclear deal. (16.01.2016)

All in all, the German business community is expecting exports to Iran to double in the next three years to 5 billion euros. In five years, that figure could rise to 10 billion euros.

The trade embargo hit Iran hard. It was put in place because the West suspected Tehran of pursuing the development of nuclear weapons.

"After more than 10 years of icy relations with Iran, we have finally said 'Stop,'" said Volker Treier of Germany's Chambers of Commerce and Industry.

In Treier's view, now is the chance for Iran to upgrade its machinery, cars and trucks, building materials, water and waste management systems, energy grids and its healthcare industry.

The country has a chance to reclaim its status as a major regional player. Like its adversary, the Sunni-ruled kingdom of Saudi Arabia, Iran is a member of OPEC, the organization of net oil-exporting countries. It has the fourth largest oil and gas reserves in the world, and they're more accessible than in other places, meaning the cost of getting all that black gold out of the ground are lower.

Iran must overcome its dependence on oil revenues, the country's president Hassan Ruhani has emphasized, saying that investments abroad in other sectors worth "$30-$50 billion annually" were conceivable.

That does not mean Iran is uninterested in increasing its oil output - on the contrary. If things go as planned, daily production levels will rise from 1 million barrels per day (bpd) to 2.25 million. On Monday, Teheran ordered as expected its oil production to be increased by 500,000 bpd.

The consequences of such a buildup have already become apparent. Motorists' fuel costs are lower than they have been in nearly 13 years.

But while car owners are rejoicing, stock market traders are increasingly anxious. Investors are perceiving the rapid decline of the oil price as a bad omen for the global economy - not least of all because China, the world's most ravenous consumer of energy, has been logging slower growth lately.

What the future holds for Iran is far from certain. Country experts speak of an internal power struggle between reformers and conservatives. The outcome of that struggle is by no means decided. Parliamentary elections are set for late February.