Oil has fallen below $28 a barrel for the first time in more than a decade. A supply glut coupled with the lifting of sanctions on Iran are believed to have caused the price to plummet. 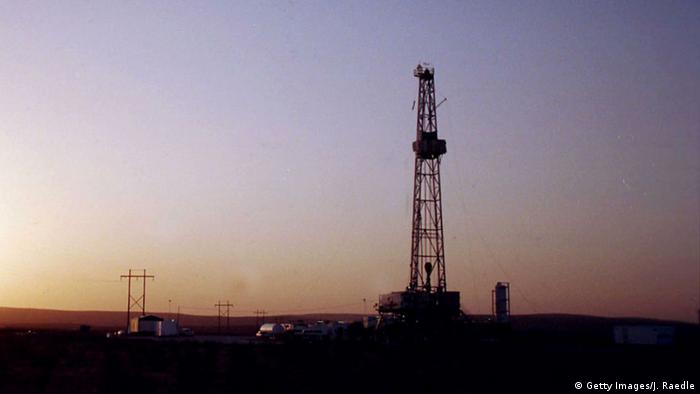 The price fell below $28 (25.70 euros) a barrel in Asia for the first time in more than 12 years on Monday, after Western sanctions on Iran were lifted - allowing Tehran to resume oil exports.

That means up to half a million barrels per day of Iranian crude could be added to already saturated markets, after a crippling oil embargo put in place over Tehran's nuclear program was ended by US and European governments.

"The drop was due to the Western sanctions on Iran being lifted," Phillip Futures analyst Daniel Ang told the AFP news agency. "This means we will be seeing a bigger oil glut with Iranian crude exports coming back to the market."

Sanctions were lifted Sunday after the UN's atomic watchdog confirmed that Iran had complied with its obligations under a negotiated deal in July to curb Tehran's nuclear program.

Singapore's DBS Bank said in a research note that adjusted for inflation, oil is now cheaper than at any time since 1998, at the height of the Asian financial crisis. 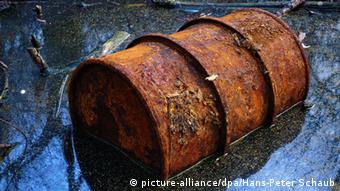 OPEC has abandoned its policy of cutting production to support prices to maintain market share amid competition from North American shale producers.

Oil prices have been declining sharply since mid-2014 because of increased North American shale oil production, soft demand growth due to an economic slowdown in China, and an end of cheap dollar funding that had fueled energy investments, as the US Federal Reserve scaled back stimulus and tightened its monetary policy.

Brent crude scheduled for March delivery tumbled to as low as $27.67 - about 4.4 percent from Friday's close - before rebounding to trade at above $28. The last time Brent closed below $28 was in November 2003.

Brent oil prices have slumped to new lows amid an abundant oversupply. In addition, the current row between Saudi Arabia and Iran is set to make any deal between major exporters to cut output highly unlikely. (06.01.2016)

Oil prices have rebounded as tensions between Riyadh and Tehran are mounting following a row over the Saudi execution of a Shiite cleric. But experts say prices will remain low in the face of a global supply glut. (04.01.2016)

Saudi Arabia's natural resources have made it wealthy and influential. But low oil prices, the war in Yemen and regional scuffles with Iran are whittling away its financial wiggle room. (13.12.2015)