Saudi Arabia: An oil powerhouse out of balance | World | Breaking news and perspectives from around the globe | DW | 13.12.2015

Saudi Arabia's natural resources have made it wealthy and influential. But low oil prices, the war in Yemen and regional scuffles with Iran are whittling away its financial wiggle room. 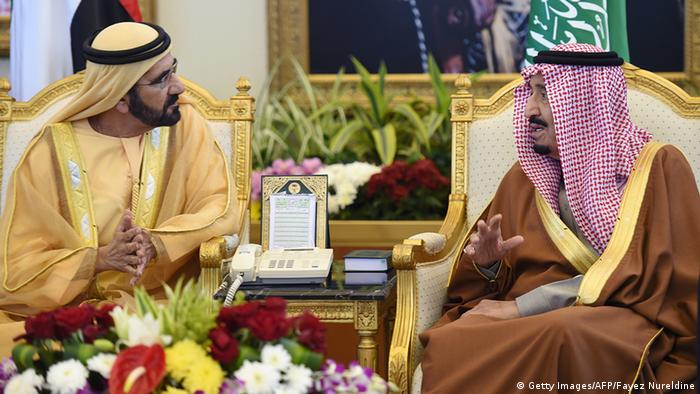 When finished, the Kingdom Tower will to soar up into the sky one whole kilometer (3,281 feet). If everything goes according to plans laid out by the House of Saud, it will be the tallest building in the world in early 2019.

That is the Saudi Arabia that its rulers desire: noble, modern and superlative in world rankings of every sort. Yet, cracks are beginning to appear in the facade: In October, the International Monetary Fund (IMF) predicted that the authoritarian kingdom will only be able to continue spending at its current pace for another five years - then its massive financial reserves will have dried up.

The trend has become increasingly precarious. The economic emergency can to be tied to one single factor: the price of oil. For almost a year, the price of that natural resource has been slumbering around 40 to 50 dollars (36-45 euros) a barrel. In fact, the price even fell below 40 dollars a barrel - lower than it has been in six years - following a recent meeting of the Organization of the Petroleum Exporting Countries (OPEC) in Vienna. "Saudi Arabia uses a per barrel price between 80 and 100 dollars for balanced budget calculations," says Sebastian Sons from the German Council on Foreign Relations (DGAP).

For that reason, McKinsey, a consulting company, released a study this December urging the royal house not to wait for a rise in oil prices, but rather to initiate reforms as soon as possible. "Waiting for the world to get better is not an option," wrote McKinsey Global Business Director Jonathan Woetzel, in an article at the online portal "arabianbusiness.com." 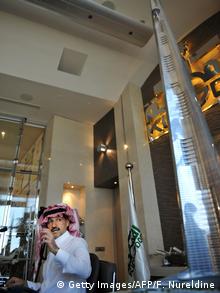 "The watering can approach simply isn't working any more," says Sebastian Sons. Until now, the state has simply stuck its finger in the ground, turned the oil that shot out of it into cash, and then handed part of that cash to the people. The crown has been massively subsidizing its subjects for decades: thus, keeping energy, gas and water prices artificially low. The government of Saudi Arabia does not levy taxes on income. "Saudi society has become wasteful," according to Sons. But that has essentially been instilled in them through the government subsidies. "Pushing through a sudden change of course is politically impossible."

Especially since one portion of society is becoming increasingly dissatisfied. Officially, unemployment in the kingdom is about six percent, but for those under 26, the situation is significantly worse. At the end of 2014; that is, under much better circumstances, some 30 percent of those under 26 years of age had no job. Frustration is high, says Middle East expert Sons: "Every year some 100,000 young people graduate from university. But they cannot find jobs because they all want to work in the public sector."

Saudi Arabia is known as a regional power. Beyond its southern border, the Saudis are fighting Houthi rebels in Yemen. Beyond its northern border it is trying to stave off Iran's influence in the region. Its most important proxy war is taking place in Syria. Yemen is not only a military disaster, it's a financial disaster as well. So far it is estimated that costs have been in the neighborhood of 50 billion dollars in Yemen, and 20 billion dollars in Syria. Syria expert and journalist Daniel Gerlach told the German public radio station Deutschlandfunk that Saudi Arabia had already invested 100 billion dollars in the Syrian conflict.

"Looking at the current economic situation in Saudi Arabia, the next logical consequence has to be to wind down the regional role and to follow a more pragmatic foreign policy," says Sebastian Sons.

Yet the country's sovereign wealth funds still have enormous reserves. Last Thursday, the kingdom shot a satellite into space. It is part of a gigantic network floating 36,000 kilometers (22,370 miles) above the earth and intended to improve internet connections throughout the Middle East, Africa and Central Asia - just one more sparkling multi-billion dollar project.

A number of women have won seats on municipal councils in the first-ever Saudi election allowing female voters and candidates, officials and media say. The result marks a milestone in the conservative kingdom's history. (13.12.2015)

A woman has been elected to the town council of Madrakah in western Saudi Arabia. Salma bint Hizab al-Oteibi ran in the first round of ballots contested by women in the country's history. (13.12.2015)

Prince Alwaleed bin Talal has called for Donald Trump to pull out of the US presidential race after his incendiary comments about Muslims. Prince Alwaleed called the businessman 'a disgrace.' (12.12.2015)