Living in the US, illustrator Nora Krug struggled with the fact that she came from the country responsible for the Holocaust. Her powerful graphic novel shows her quest to reckon with that conflicting identity. 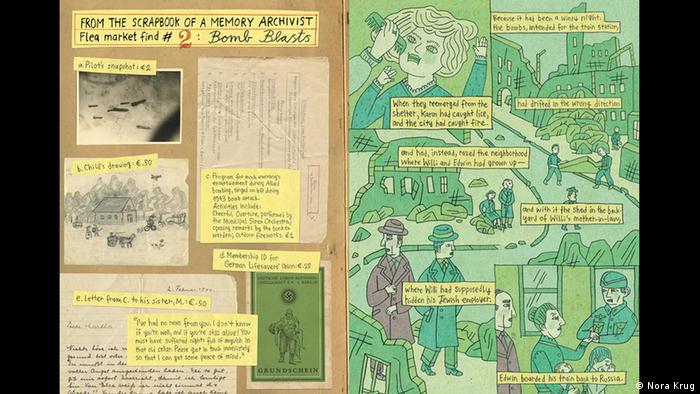 German children who were born decades after World War II quickly realized that the atrocities that were committed under Hitler were nevertheless part of their own, direct past: If, like illustrator and author Nora Krug, you grew up in West Germany in the 1980s, you definitely learned about the Holocaust and different aspects of Nazism early on in school.

As part of an essential process known as "Vergangenheitsbewältigung," or coming to terms with one's political past, the curriculum in German schools brought students to thoroughly discuss and analyze the mechanisms that led to such atrocities; they'd also visit concentration camps and commemorate victims of the Holocaust.

The feeling of "collective German guilt" was well anchored in every young student of Nora Krug's generation, and it accompanied her as she traveled abroad as a teenager. As an exchange student from Germany, she tried to hide her accent and felt that the shame of history was in her genes, Krug reveals in her graphic memoir, Heimat: A German Family Album (US title: Belonging: A German Reckons with History and Home). 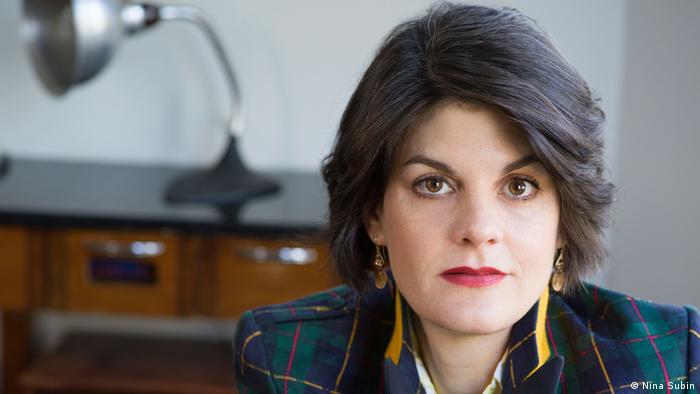 Krug, who was born in 1977 in Karslruhe and is now based in Brooklyn, felt that despite the educational efforts to reveal the most painful episodes of her country's history, the details of what had happened in one's own family and surroundings often remained somewhat taboo.

After living over a decade in the US, the urge to explore what happened in her hometown became stronger. Embarking on a quest to uncover her own history, she picked up every possible clue in municipal archives and her family's files, interviewing estranged relatives and complete strangers. 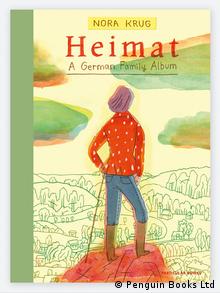 Throughout her book, Krug also explores the concept of Heimat, a term that refers to a feeling of belonging to a homeland, but that became loaded as it was used in Nazi propaganda. The controversial word also came back in the spotlight in 2018 when the government decided to create a Heimat Ministry.

The author describes her quest as an attempt to find the Heimat she had lost, hoping that asking the questions that were painful to deal with would allow her "to move beyond the abstract shame."

Krug therefore looked into the history of her father's and her mother's side. Like many other Germans, her ancestors were neither Resistance fighters nor part of Hitler's close circle. But to find out that some of them could officially be classified as "Mitläufer" — followers of the Nazi regime — was a painful revelation in her investigation: "I grew up with this narrative of my grandfather Willi as somebody who had voted for the Social Democrats all his life, who were the Nazis' major political enemies. So there had always been this myth of him having nothing to do at all with the Nazi regime," Nora Krug: Replacing German 'guilt' with 'responsibility' to defend democracy. "I saw myself confronted with a side of him that was uncomfortable to witness — of somebody who was opportunistic in his choices, and a bit of a coward."

Willi, her grandfather from her mother's side, was a driving teacher in Karlsruhe during World War II. How much did he have to compromise with the Nazis to keep running his business? Was he personally involved in Karlsruhe's Kristallnacht pogrom against the Jews in November 1938?

On the other side of her family, her uncle Frank-Karl, died as an SS soldier in Italy at the age of 18. Nora's father, born afterwards, was given the name of his dead brother. Among the finds Krug shares in her book is an exercise notebook from her uncle's sixth grade, which includes the young boy's drawings of Mein Kampf and the Nazi flag, as well as essays with titles such as "The Jew, a Poisonous Mushroom," written in neat Sütterlin handwriting on January 9, 1939. Examining those pages, Krug writes, "was an intimate but chilling experience."

A conflicting identity told through objects

Another recurring format within the graphic memoir is the "notebook of a homesick émigré," where Krug lists various "Things German" such as the forest, the Leitz binder, the hot water bottle or collecting mushrooms. The fact that the poisonous red mushroom with white dots is seen as a symbol of good luck in Germany contrasts with the previous pages showing her uncle's propagandistic writing exercise. No additional comment is necessary. 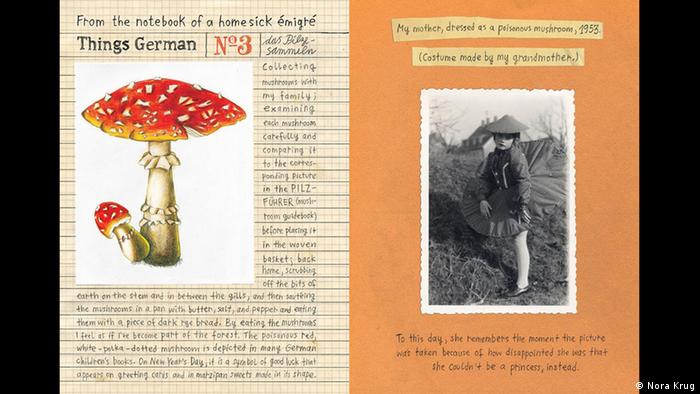 These impressionist collages reflect how the conflicting aspects of German identity and culture are revealed through the tiniest details, adding additional poetic levels to Krug's intense historical research and her wonderful illustrations.

An item as trivial as the German glue of the brand Uhu — another object listed in Krug's notebook of a homesick émigré — has the power to provide a concluding analogy to Heimat: A German Family Album. Even if you manage to come to terms with the painful aspects of your identity as a German, it doesn't mean it will make everything smooth again. The strongest glue can help repair what's been broken, but it will never cover up the cracks.

Immanuel Kant followed a disciplined bedtime routine and believed that light created bugs. The quirks of the world-famous philosopher - and his odd relationship to his servant - are the subject of a unique graphic novel. (27.03.2017)