The end of the war marks the beginning of a long arduous way home for millions of prisoners of war. In impressive images, French author Jacques Tardi has described his father's war diary. 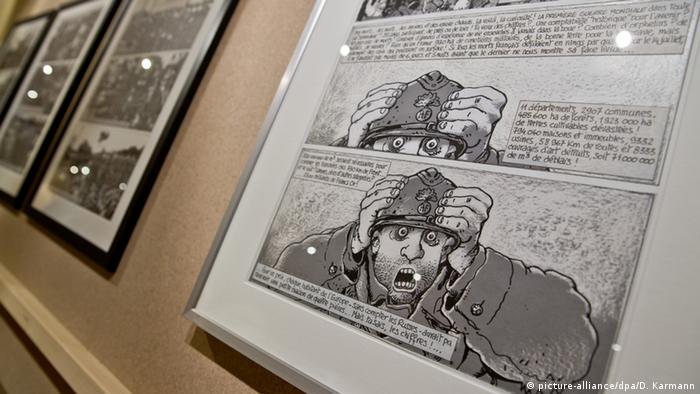 In January 1945, World War II was drawing to a close. The Allied Forces had been liberating occupied Western Europe since they landed at the Atlantic coast in June 1944. At the same time, the Red Army was marching towards Berlin, driving back the Nazi Wehrmacht.

Millions of people were fleeing from the approaching Eastern Front. Among the refugees were thousands of Dutch, Belgian and French prisoners-of-war from the German-occupied territories. René Tardi was one of them.
On May 22, 1940, the French tank driver was taken captive by the Germans in Lorraine and was taken to the prison camp Stalag IIB in Pomerania in what is now Poland. 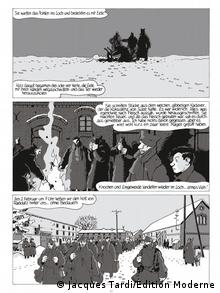 The political situation turned upside down in 1945 as the Soviet troops pressed westward. The Wehrmacht dissolved the prisoners' camp, sending its inmates on a long march west. Although they were useful to the Germans as pawns in negotiations with the Allied Forces, they were maltreated and harassed.

The war in comics

René Tardi documented his experiences in captivity in a diary until the end of the war and his subsequent return to France. His son Jacques Tardi, born in 1946, has reworked these memories in a graphic novel.

The first part, focusing on his father's captivity in Hammerstein, Pomerania, was published in 2012. The second part describes the time from January 1945 until his return to France in May. Not yet published in English, its title translates to titled "I, René Tardi, prisoner of war in Stalag IIB: the long march through Germany."

It is, at least in Germany, a look at the end of the war that not many have dared to make. It is neither the Hollywood version of the Allies as heroic liberators, nor the story of the wary Germans fleeing the looting and raping Red Army. 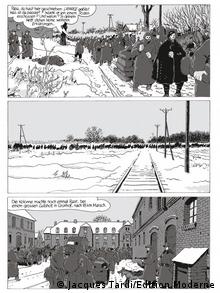 There were no heroes in the last months of the war. The French prisoners of war were defeated five years earlier, by the Nazis. They were, at that time, the losers of the war until the balance of power changed during the last months with the former oppressed losers being liberated to fill the vacant power vacuum.

Yet they did not become winners. The last few months were marked by hunger, humiliation and despotism.

Comments from the son

Tardi's graphic novel is an unsparing look at the last months of the war. The diary reports of his father are complemented here and there by comments from the artist. He even draws a figure of himself as a little boy in his graphic novel. The boy talks to his father, questioning him whenever gaps or illogical breaks seem to appear in his accounts.

In this way, the young Tardi adds information lacking in the original about bomber flights, the course of the eastern and western fronts, the liberation of the concentration camps, and the suicides of the Nazi leadership. His speech bubbles even touch on the maritime disaster of the "Wilhelm Gustloff," which was carrying Germans fleeing from the Russian troops, the Allied bombing of Dresden, and the death marches from the concentration camps. 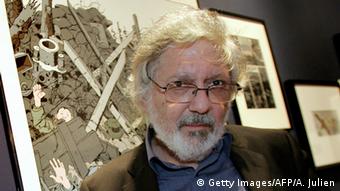 For Jacques Tardi, the book was a personal affair

Nothing is sugarcoated in these clear, "dirty" pictures combined with bawdy language.

The graphic novel is composed almost entirely in black and white - up until the point at which the positions of power change with Germany losing the war. At that moment, violence breaks out among the prisoners of war, culminating in them overpowering their guards and hanging them from the nearest trees.

Color is added to the images only on the final pages, when René Tardi returns to his wife in France and begins the attempt to reestablish normality.

Witness to history: A POW in France

The Second World War ended in Berlin on May 2, 1945. At a commemoration event in the German capital, Foreign Minister Steinmeier has stressed that his country now has a special responsibility to promote world peace. (02.05.2015)

With right-wing extremism rearing its head in Germany, reflecting on the country's Nazi past is more relevant than ever. A new documentation center opens at a symbolic location in Munich 70 years after the end of WWII. (29.04.2015)