The Second World War ended in Berlin on May 2, 1945. At a commemoration event in the German capital, Foreign Minister Steinmeier has stressed that his country now has a special responsibility to promote world peace. 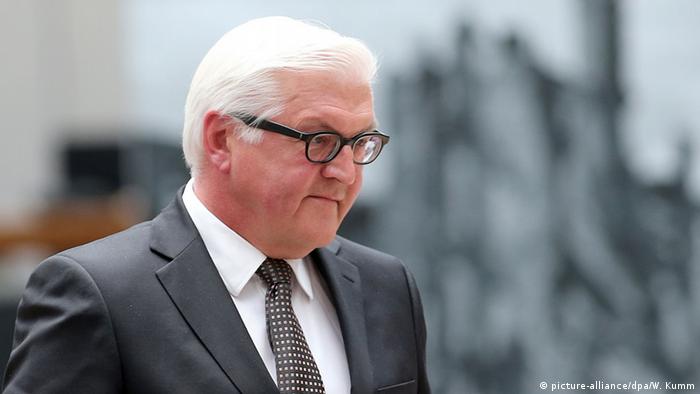 Steinmeier used a special session in Berlin's House of Representatives to reflect on the destruction and suffering of the time, and to express his gratitude to the countries that helped Germany reintegrate into the international community after 1945.

"The hand that you reached out to us, we will never let go of," Steinmeier said.

"It is precisely we, perhaps even more than others, who must today take on the responsibility for the preservation of a peacekeeping order."

World War II ended in Berlin on May 2, 1945 - one week before the final surrender of German forces on May 8. Days earlier, on April 30, Adolf Hitler committed suicide in his Berlin bunker.

Berlin Mayor Michael Müller told dignitaries - which included the ambassadors of Poland, the United States and Russia - that without ridding Germany of Nazism, there was no way Berlin could have become the "diverse, multicultural, cosmopolitan and growing metropolis" it is today. He said the city now had a responsibility to help build a fairer world, and that meant welcoming more refugees, among other things. 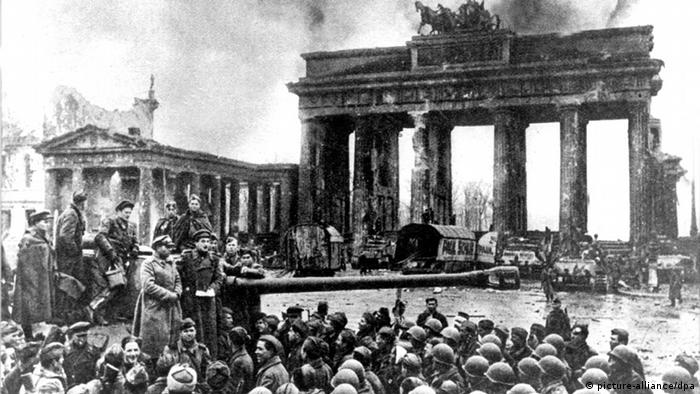 Steinmeier is on Thursday expected to join his Russian counterpart Sergey Lavrov in Volgograd, formerly Stalingrad, for a memorial to the bloody battle for the city.

Amid tensions over the conflict in eastern Ukraine, many Western leaders, including US President Barack Obama, have said they will boycott Russia's Victory Day commemorations in Moscow on May 9. While German Chancellor Angela Merkel won't be at the parade, she is scheduled to lay a wreath at the Tomb of the Unknown Soldier in Moscow with Russian President Vladimir Putin on May 10.

"On May 8 we were liberated - not just but also by the people of the Soviet Union. Therefore we owe them gratitude and respect," Gauck was quoted as saying in the report published Saturday.

"And that is true regardless of the fact that the Soviet liberators after the war provided for bondage, repression and persecution in the east of Germany," he said.

Gauck is expected to visit a former prisoner-of-war camp near Bielefeld in northwestern Germany on Wednesday, before taking part events at the German parliament and in Brandenburg later in the week.

'Remembrance has no expiration date' at Sachsenhausen, Ravensbrück

German Foreign Minister Frank-Walter Steinmeier was among dignitaries marking 70 years since the liberation of the Sachsenhausen Nazi concentration camp, saying remembrance must endure after survivors pass on. (19.04.2015)