He was the first cartoonist ever to win a Pulitzer Prize – for a Holocaust survivor story, the world-renowned comic "Maus." The celebrated graphic novelist today turns 70. 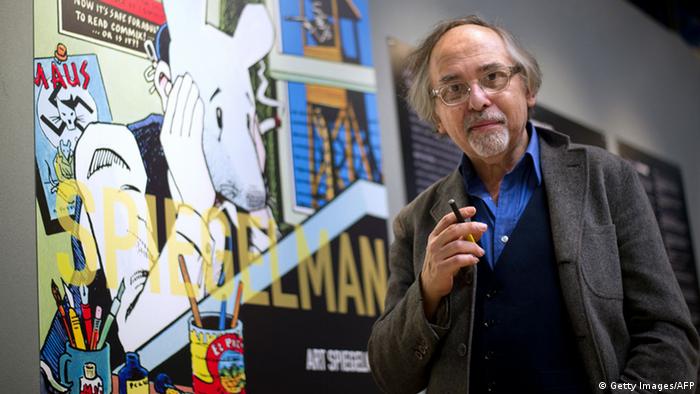 The son of Polish-Jewish Holocaust survivors, Art Spiegelman was born in Stockholm in Sweden on February 15, 1948. After the family immigrated to the US when Spiegelman was three, he grew up in Queens in New York City and was soon crafting his signature comic style amid the underground comix movement of the 1960s and 70s — the decade he started working on "Maus."

Finally published in 1986 after it was rejected by a number of publishers, the black-and-white comic tells of the experiences of Art Spiegelman's parents, both Polish Jews, at the hands of the Nazi regime. It became an instant classic and elevated the cartoonist to international fame.

A story of survival

Unlike Spiegelman's oldest brother, and many other relatives, his parents survived the horrors of the concentration camps.

Preoccupied with the fate of his family, Spiegelman began to process the events of the Holocaust and Nazi persecution of the Jews as he conceived "Maus."

Tracing events in Germany and Poland, the comic infamously depicts Nazis as cats, Poles as pigs and Jews as mice. 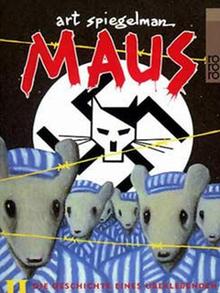 The cover of Spiegelman's iconic comic

But Spiegelman was severely criticized for his choice of symbolism — and for presenting the story as a graphic novel. Critics said he was breaking taboos, that the complex story of the Holocaust couldn't simply be told in the form of a comic.

Spiegelman replied that he could only deal with this story through his art.

"Maus" is based on hours of interviews the artist recorded with his father, Vladek, in the 1970s — his mother committed suicide in 1968.

But how does a person react to a father's horrific memories, both on a professional and very personal level?

For Spiegelman, it was "Maus," a worldwide success which won him a Pulitzer Prize in 1992. In 2005, he was inducted in the American Academy of Arts and Sciences. Seven years later, he was awarded Germany's renowned Siegfried Unseld prize.

The perils of success

Creating "Maus" was not meant to change the world, Spiegelmann once said. The artist does not want to be reduced to this single work, and often avoids talking about the comic.

"Why mice, why comics, why the Holocaust?" – these are questions the artist has heard too many times, and which he no longer answers.

Perhaps that is why he published "MetaMaus" in 2011, a kind of "making-of-Maus" with comprehensive material regarding the creation of the graphic novels.

Historical documents, family albums, a DVD containing the audio files of the taped conversations with his father, private notebooks and sketches: it is rare indeed that an artist gives the public such a frank view of the creative process. "I've answered everything I can answer," Spiegelman said in a 2012 interview with DW, adding that he really needed to escape the constant questions. "So I published everything I know." 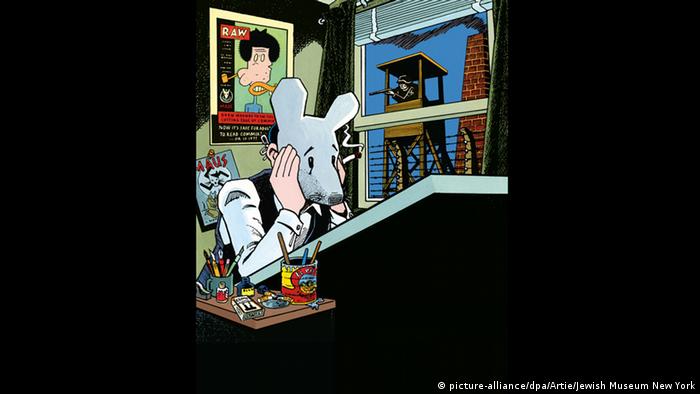 Spiegelman's "Self portrait with Maus Mask," 1989

A reaction to the 9/11 attacks on the World Trade Center in New York, Spiegelman's 2004 comic "In the Shadow of no towers" was first published as a comic strip in Germany's Die Zeit weekly before it hit the US market.

It wasn't his first cooperation with a German publisher: in the late 1970s the US cartoonist designed book covers for the Zweitausendeins publishing house.

'Something similar to Hitler'

"I seriously worry all the time," the cartoonist told Britain's Independent newspaper in 2016. "It's my nature."

And he's finally found something worth worrying about, he added, referring to the "underestimated, clownish" new US President, Donald Trump where he sees "something similar to Hitler."

Art Spiegelman and his works "mirror history" as the title of the aptly named French documentary "Comix: Art Spiegelman – history's mirror" put it in 2005. Years later, at the age 70, Spiegelman still mirrors history.

Cartoon: Press freedom around the world