Under Turkey's current state of emergency, drawing a cartoon that lampoons politics could land you in jail. Despite the crackdown, cartoonists in the country say they are not running out of inspiration. 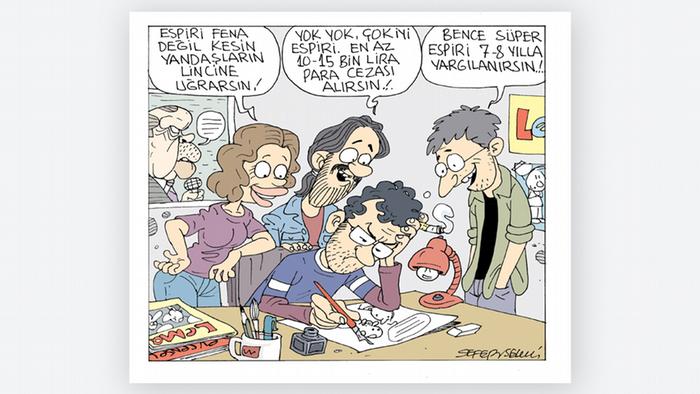 Throughout Turkey's history, humorists have traditionally been staunch opponents of the government. But in the current political climate, pursuing that profession is growing more difficult.. Turkey's ruling Justice and Development Party (AKP)has been cracking down harder than ever since the failed coup attempt on July 15, 2016.

Anti-government cartoonists and satirical magazines are often targeted by the government. In the trial against staff members of the daily newspaper Cumhuriyet, the famous cartoonist Musa Kart was charged with helping a terrorist organization, among other things. After nine months in custody, he was released at the end of July. But his trial is set to resume. If Kart is found guilty, he faces up to 29 years in prison. 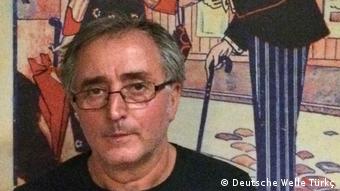 Sefer Selvi is the subject of a government investigation

Authorities have also opened investigations into the famous cartoonist Sefer Selvi. He has already stood trial several times. Almost every day, his drawings appear on the front page of the newspaper Evrensel, a publication that is critical of the government. Readers can also find his work in the weekly satire magazine Leman. The continuing tension in Turkish politics provides fertile ground for humorists, says Selvi.

"Nonetheless, if you draw cartoons in Turkey it means you are taking many risks," he says. "In recent years, we have seen things that we did not experience after the military coup in 1980. Because everything the 'autocrat' says is considered to be right."

Even authorities have to laugh

When Selvi says "autocrat," he is of course referring to Recep Tayyip Erdogan. The AKP leader and Turkish president often sues cartoonists for allegedly insulting him. What artists fear most is criminal prosecution. "We know that our work is not a reason for a prison sentence," says Selvi. "It is a highly absurd situation. Even prosecutors laugh at our caricatures sometimes. It is because they do not contain insults or swear words. We make jokes; we create art. We just analyze daily events."

Longtime freelance illustrator Tan Cemal Genc believes a "new era" has begun in Turkey. "Up until four or five years ago, many laws were brought into line with EU law," he says. "A rapid step backward was taken after the Gezi park protests in 2013, and an authoritarian process began. This process accelerated drastically after the coup attempt in 2016. After the constitutional referendum on April 16, charges were brought against a satirical magazine for three front pages, even though they were a year or two old. This was done to frighten and intimidate people." 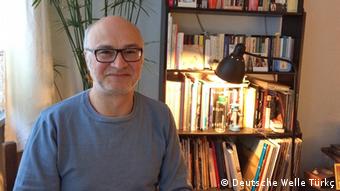 Gulay Batur, who provides illustrations for Leman and Bayan Yani, a monthly satirical magazine that addresses women's issues, says it is difficult for humorists to work during times of repression. "In Turkey, we have not been able to do things in a relaxed manner and with a clear conscience for some time now," he says. "Of course, only the ones who criticize and complain experience difficulties. Governments classify them as oppositionists who endanger their existence. In this sense, cartoonists and humorists who oppose everything that is hostile are natural opponents of intolerant governments. That is why governments want them silenced."

But the power of humor gives the three experienced illustrators hope. In addition to the political pressure, Sefer Selvi has repeatedly been the target of slander campaigns in pro-government media outlets and social media. But the battle goes on.

Tan Cemal Genc insists that satire magazines can maintain their oppositional stance despite reprisals, at least for the time being. "Satirical magazines have their strengths because of their independence," he says. "That is why people don't touch them as much. But that can change."